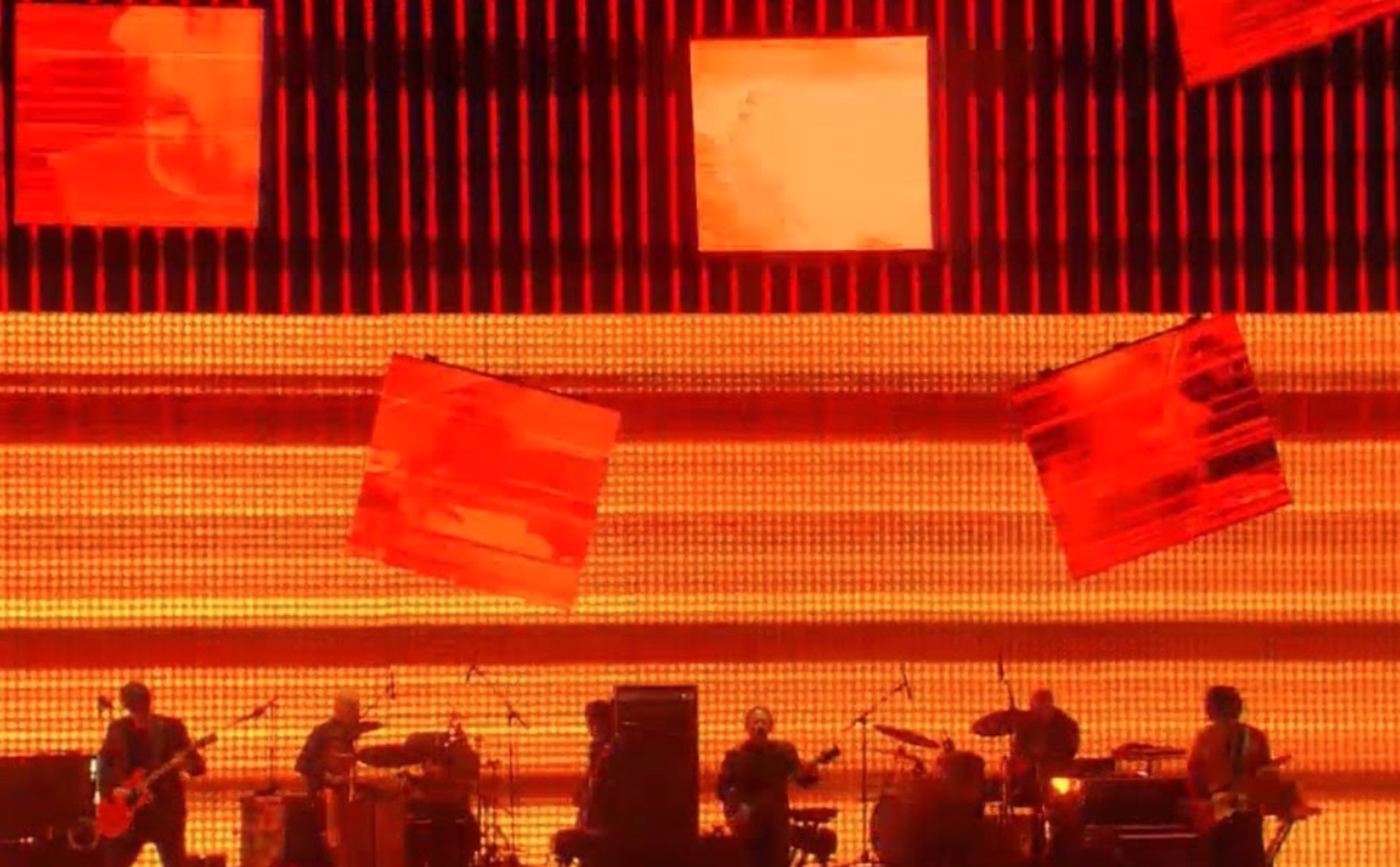 We don’t have much time, so we’ll make this short n’ sweet: Radiohead are broadcasting their 2012 headlining set at the Coachella Music & Arts Festival this afternoon (April 30) at 5 p.m. ET. The performance is from the first weekend of Coachella, going down down on Saturday, April 14 after appearances by Bon Iver, The Shins, Noel Gallagher’s High Flying Birds, St. Vincent, Kasabian, Kaiser Chiefs, Grouplove, and others (see the full lineup below). Thom Yorke and the boys played 20 songs total, opening with “Bloom,” and encoring with “Give Up The Ghost” and “Paranoid Android.” Radiohead had released eighth studio album The King of Limbs the year prior.