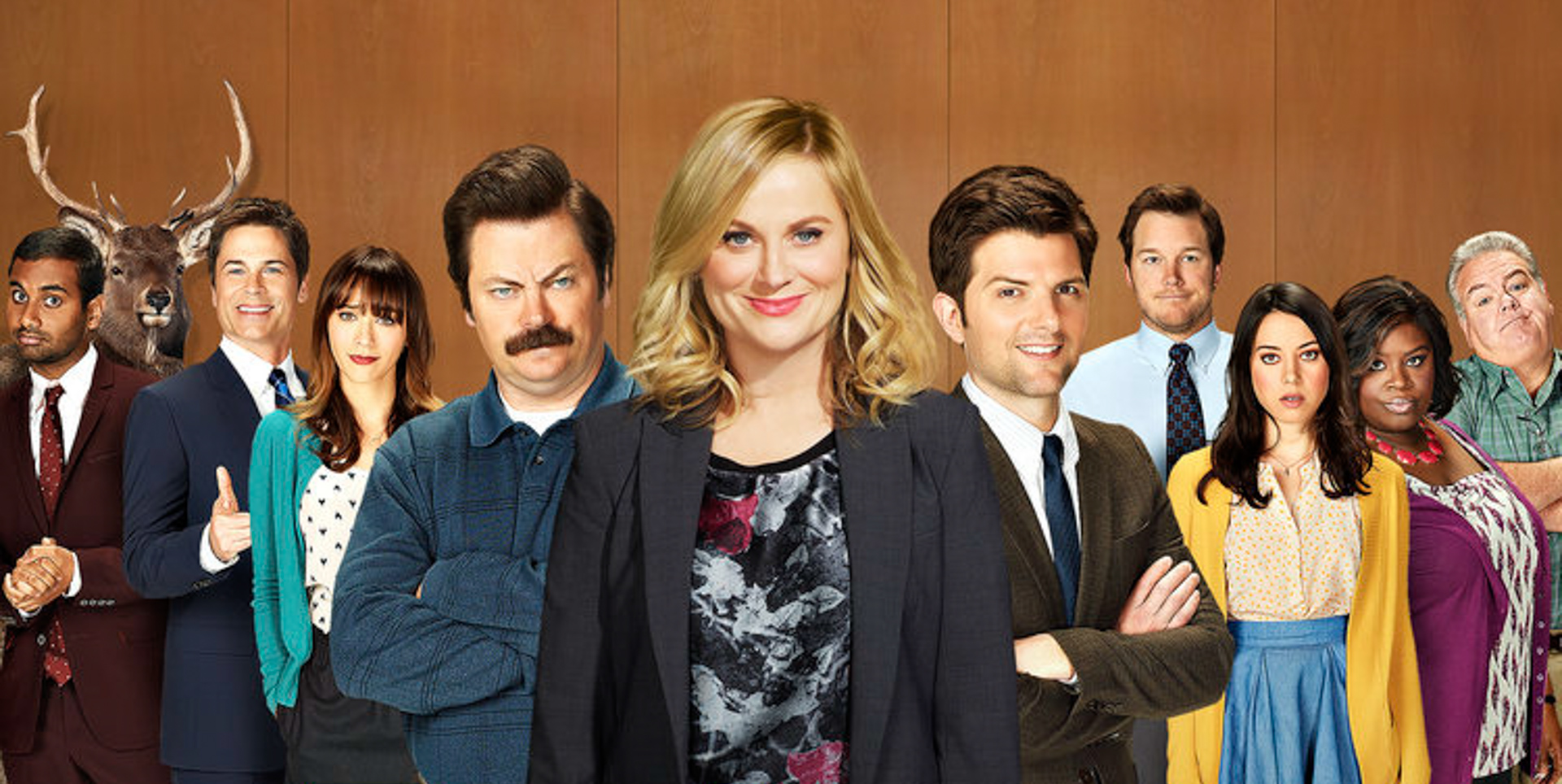 After Parks and Recreation wrapped in 2015, Executive Producer Michael Schur didn’t anticipate a return in the form of a reboot …or anything resembling it. But, when it comes to getting together for a good cause, you can always count on Leslie Knope to rally the troops in hopes of making a difference.

Airing tonight (April 30) at 8:30 p.m. ET on NBC following a Paley Center salute to the show starting at 8 p.m. ET, A Parks and Recreation Special will bring us back into the lives of Leslie, Ron Swanson, and the rest of our favorite Pawneeans as they continue to cope with the COVID-19 pandemic’s social distancing restrictions. In addition to quenching the thirst exhibited by the show’s fervent fanbase since the show’s finale, the telecast will also be raising money for Feeding America’s COVID-19 Response Fund.

Obviously, altering the logistics of actually shooting a show in these circumstances brought on some considerable challenges when putting the special together. In addition to those hurdles, there are a few workarounds that had to be put in place to explain certain aspects of the episode’s plot, i.e. why none of the married characters were in the same room, but Schur is quick to admit that while there were a few aspects that needed to be worked out, putting the actual storyline together was, in fact, one of the the easiest parts of bringing the project to life.

“The story was the least difficult part for two reasons, [with] one [being that] there’s only one thing happening in the entire world right now,” says Schur in a conference call to writers earlier in the week. “So if you get any group of people together, show them anything, and you don’t have the story be about what’s happening to them during this pandemic, what are you doing?”

Before it’s seven-season run began in 2009, Schur and creator Greg Daniels forged the show in response to the active role they knew local, state and federal government was going to be playing in people’s lives during the economic crisis in 2007 and 2008, and now as we continue to see the need for information and assistance from elected officials in these uncertain times, it just makes sense to the Harvard grad to enact Leslie Knope’s unwavering dedication and tenacity when it comes to serving her community.

“The show’s main character is eternally optimistic and believes in the power of community to hold people together,” Schur says, referencing the legacy of Amy Poehler’s iconic portrayal. “She believes that incremental, small, little moments of connection and togetherness were crucial and vital to the social fabric, and she believes that government could be a force for good and could really help people in small but meaningful ways.”

It’s been five years since we bid adieu to Parks and Rec, and following the show’s end, Schur and Poehler discussed how they felt the show had done what it set out to do, and while he’s never one to say “never,” Schur didn’t feel a reunion or re-upping of any kind was really necessary, without a good reason. In fact, he still doesn’t. But he feels like this time is worth it.

“I honestly didn’t think that ‘Parks and Rec’ was ever going to reunite for any reason just because I thought the show had a point to make, and I felt like we’ve made it,” says Schur. “We ended the show and it just didn’t seem like there was a compelling reason [to reunite]. But this is a compelling reason.”