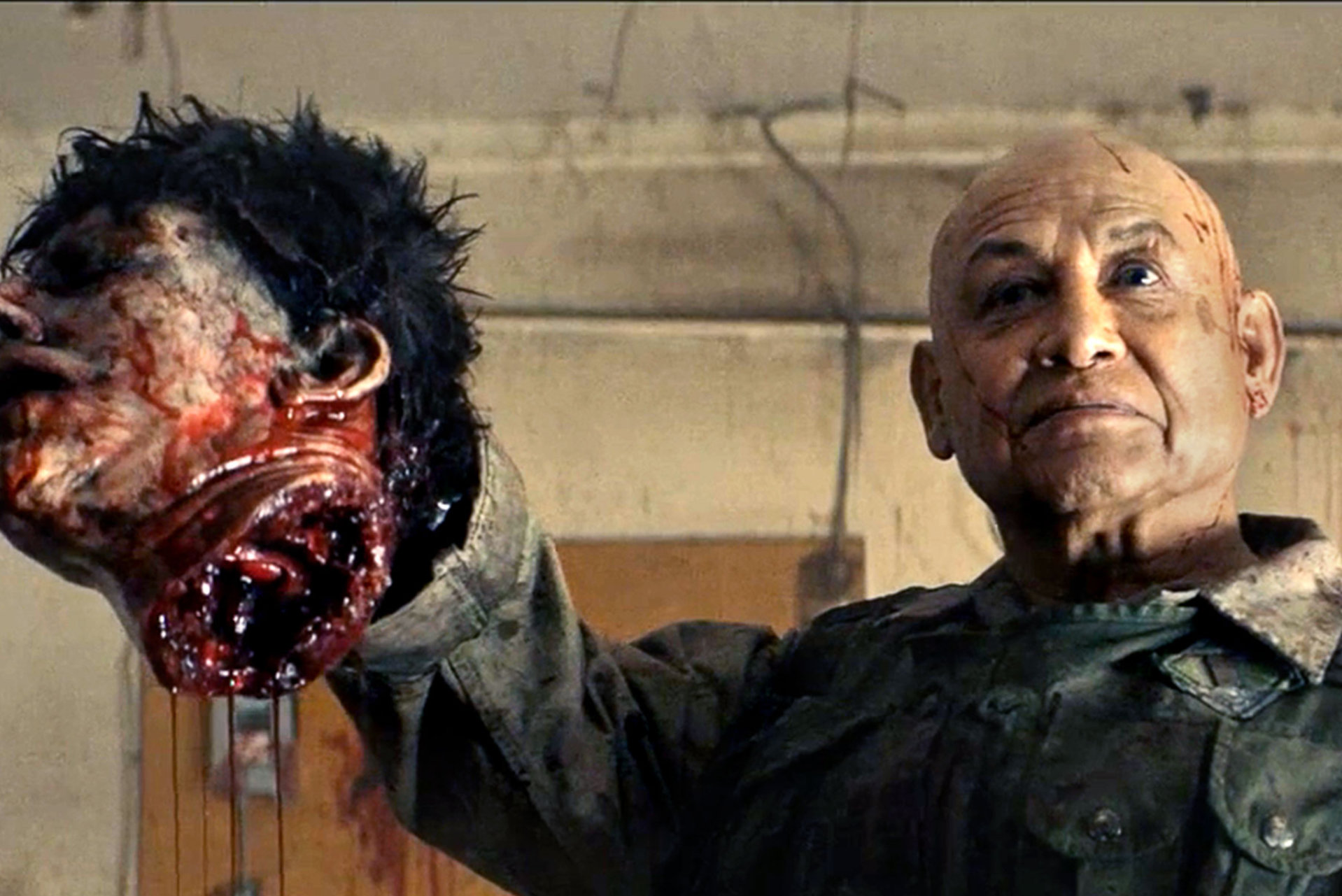 Well, friends, it’s looking like there might be a light at the end of the theatrical tunnel, provided that people want to walk down said tunnel, given that it seems to be filled with virus-shaped potholes for states to trip over. Georgia and Texas have announced plans to reopen shuttered theaters as a part of their first steps back towards a new normal, albeit with a ton of social distancing and other measures to ensure safety. The big chains aren’t biting — AMC and Cinemark aren’t coming back until big-ticket movies make it worth their while to turn the lights back on, which means that it’ll be Christopher Nolan’s Tenet on July 17, should that not be moved, that will herald moviegoers back to their dirty-as-fuck seats. And trust us, we might actually jump for joy when that day comes.

But until that day comes, we’ve got your weekly streaming recommendations here for your perusal. We’ve got a punk variation on the story of one of Australia’s greatest outlaws; a Chris Hemsworth action flick that wouldn’t be out of place in the Cannon Films canon; a really solid animated family film; a bizarre story of embezzlement and public schooling; and a Mi’gmaq tribe taking on the zombie apocalypse. It’s a fun week, folks.

True History of the Kelly Gang

We missed Justin Kurzel’s latest film when it premiered at TIFF last year, and it’s one of the biggest regrets we’ve had in the four years that we’ve been attending festivals. Why? Because we could have been banging the drum for this wild fucking movie for months and months in advance. An art-punk Australian western, True History of the Kelly Gang documents the rise and fall of Ned Kelly (1917‘s George MacKay) from his origins as an impoverished youth in the Bush who is sold by his mother (Essie Davis) to a cheery outlaw (Russell Crowe), all the way to his armor-clad last stand against the numerous lawmen and government forces that have persecuted him throughout his life. Kelly’s story has been told over and over again in Australian media, but it’s never been told quite like this.

The gender-bending politics of something like Nicholas Roeg’s Performance — from Kurzel’s intense focus on this take on Kelly’s sexual psychology to the dress-clad gang’s robberies and murders — mesh-up quite nicely with the Alex Cox-style ferocity that manifests itself in the sets and in MacKay’s astonishing performance. Add to all of that a sense of epic grandeur not unlike Andrew Dominik’s The Assassination of Jesse James by the Coward Robert Ford and some similarly intelligent demystification on Kurzel’s part, and you’ve got yourself one hell of a new release. The best part? You’re already in your home, so you don’t have to worry about your socks nailing the person in front of you when they inevitably get blown off by the proceedings. A warning to those with photosensitivities, though: Kurzel leans hard into his strobes in the film’s final act, and, though it’s a brilliant aesthetic choice, you may want to steer clear. (VOD, from $5.99, available now)

It’s been a bit since we’ve had a solid action-hero performance from Chris Hemsworth — somewhere along the line we all sort of decided that the dude was better off doing funny stuff (maybe it was after In the Heart of the Sea?) — but he acquits himself well in Sam Hargrave’s Extraction, the latest in a long line of DTV-style Netflix action films that pick up where the Redbox offerings end. Hemsworth plays Tyler Rake, a traumatized mercenary whose career choice seems to be one long suicide attempt. Yet, Rake has a change of heart when he’s contracted to rescue the son of India’s biggest drug kingpin from his Bangladeshi kidnappers, and the mercenary starts to bond with the boy as they’re put through hell by other mercs and drug pushers. Hemsworth’s game for some wild shit here in terms of the action, and he’s able to nail some of the pathos in a way that he hasn’t been outside of the Marvel films (perhaps it’s that he’s actually cast as an Australian and allowed to use his normal speaking voice for the role).

Hargrave’s action direction is solid and clean, and there’s one absolutely superlative moment that comes within the film’s first hour, where the director attempts to outdo Atomic Blonde‘s insane single-shot fight/chase and manages to come reasonably close to doing so. It’s genuinely amusing how long he’s able to keep the gimmick up and also make it interesting and stimulating, and, if nothing else, we’d recommend you check it out just for that moment alone. Nothing else in it comes close to be as involving, and you can take or leave the rest of the film, honestly — it’s not terrible, but it’s nothing you’ll really want to write home about after watching it. Yet, you can’t fault Hemsworth’s or Hargrave’s efforts, and we hope that the latter continues to get good financing to realize his nutty and adrenaline-filled action sequences for many years to come. (Free with Netflix subscription, available now)

Kris Pearn’s adorable new Netflix film offers a firm “This one!” to the oft-asked question, “What streaming service cartoon can I watch with my whole family without wanting to blow my brains out? Based on Lois Lowery’s children’s book, The Willoughbys tells the story of the neglected Willoughby children — headstrong, tin-hat-wearing Tim (Will Forte), kind-hearted and musically-inclined Jane (Alessia Cara), and the creepy but cute Barnaby twins (Sean Cullen) — their attempt to “become orphans” by sending their evil parents (Martin Short and Jane Krakowski) on an all-expenses-paid vacation to some of the most deadly locales on the planet. They’re left in the care of Nanny (Maya Rudolph), who gives the kids the love and attention that they’ve never had before, but Tim begins to suspect that she might be a double-agent working for their parents. All the proceedings are narrated by the family cat (Ricky Gervais, somehow actually being fun and clever in a movie after all these years), and they’re surprisingly wonderful.

Bron Animation’s work here is wonderful, a CGI take on the Aardman/Selick stop-motion style that only loses a little bit of its magic in its digital translation, and the details are often lovely, with little gags buried deep in each scene ala the Lord and Miller animated efforts that everybody seemed to forget about when Spider-Verse came out. It’s also funny, unlike many of its counterparts, gleefully indulging the anarchic tastes of its younger audiences in both its writing and its staging (there’s a lovely scene between Rudolph and a character played by Terry Crews involving oatmeal that is so wonderfully light and seemingly effortless in its execution that feels straight out of old Tex Avery) without being loud enough to annoy their parents. That’s not to say that it doesn’t have some measure of meaning or emotional stakes behind it all, but it’s decidedly anti-Disney in its lack of a hyper-moralist message. This is, after all, a film about a group of kids who decide to murk their parents in a very roundabout way, and the only way we think you won’t want to watch this with your kids is if you think they have similar plans for you and might get inspired to move up their timetables. (Free with Netflix subscription, available now)

As one final “Halfway to Halloween” surprise, the good folks over at Shudder have dropped one whopper of a film on an otherwise unsuspecting horror community like a Beyonce album hitting iTunes. That film is Jeff Barnaby’s Blood Quantum, a solid-as-hell and slick zombie thriller about a Mi’gmaq community who discovers that they’re the only immune people in the aftermath of the zombie apocalypse. We really liked Blood Quantum when we saw it at TIFF last year, and it’s given us a lot of food for thought in the intervening months since our last viewing. So, yeah, check it out! (Free with Shudder subscription, available now)

You’ve probably read all about Cory Finley’s latest film in the pages of publications like the New York Times or The Washington Post, and you probably tuned in last Saturday night when HBO finally premiered it, because, well, what else were you going to watch on pay cable? But we’ll toot our own horn a little bit here and say that we’ve been telling you that Bad Education was going to be a big ol’ hit since it premiered at TIFF last year, and we still think Hugh Jackman is going to clean up at the Golden Globes and Emmys this year for his work as Frank Tassone, the corrupt superintendent of a New Jersey school system. This is a funny and fascinating dramatization of a genuinely bizarre true-crime case and a wonderful McFlurry to top off your McMillions binge. (Free with HBO subscription, available now)

We’ve spent more time with horror host and genre television icon Joe Bob Briggs more than we have with some family members of the last few years, and once you sit down and check out one of his broadcasts, you’ll understand why. Each Friday night on Shudder, Briggs screens two different horror films, served up along with heaps of intriguing information and laconic Texas-style humor. The Last Drive-In kicked off its second season on April 24 with a double-feature of Chopping Mall and Bloodsucking Freaks, and on the latter title, Joe Bob was joined by former AEW champion Chris Jericho on hosting duties. It may not be exactly like cracking open a few brews with the buds and putting on a movie, but in these times of social distancing, it’s about as goddamn good a substitute that you’re gonna find these days. (Free with Shudder subscription, new episodes airing Fridays at 9 PM EST and streaming the next day)

Don’t you hate it when evil witches start to take control of your parents and kill your friends? Well, Brett and Drew Pierce’s The Wretched is here to remind you of just how awful that would be and how thankful you should be that your parents, well, aren’t under the thrall of a crazy witch lady! All kidding aside, we’ll have a full review of this one coming later in the week, so stay tuned for our thoughts on it. One quick thought, though: those Willoughby children should help these kids out! They’re experts in killing bad parents! (VOD, from $5.99, available May 1)