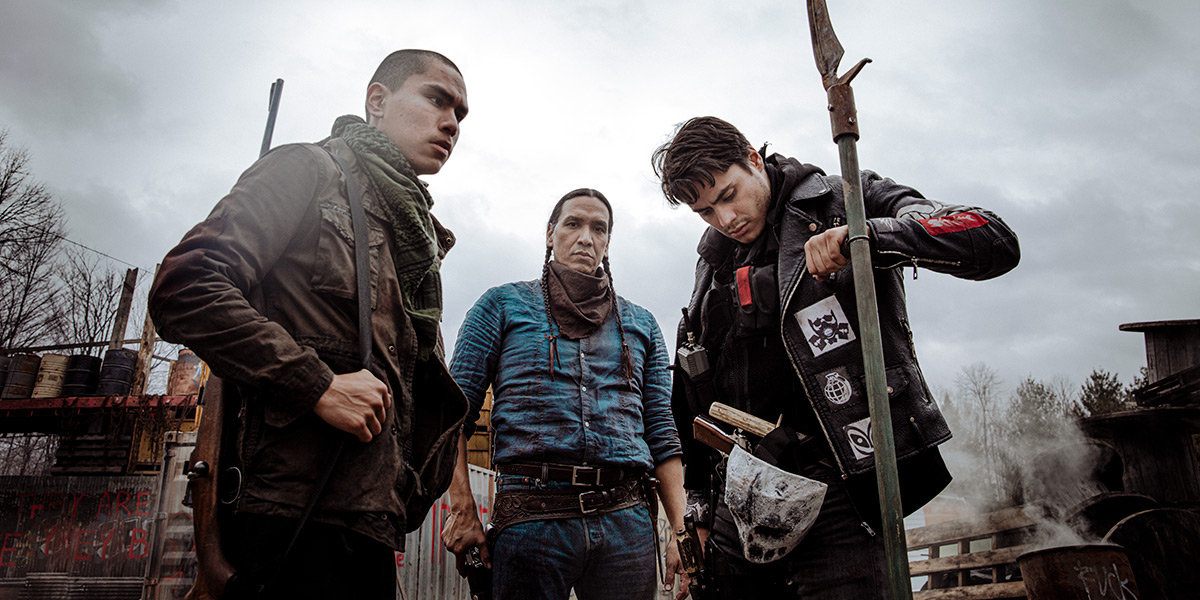 No matter how many Walking Dead spinoffs that AMC is willing to greenlight, it’s safe to say that the zombie film’s domination of the horror genre, which kept an iron hold on the forefront of the popular consciousness for much of the ‘10s, is finally reaching its inevitable end. Jim Jarmusch’s The Dead Don’t Die didn’t exactly set the world on fire earlier this year; a sequel to Zombieland is being released later this year to the collective shrug of society (remember, the original movie made assloads of cash back in 2009, right at the start of the whole thing); cast members are fleeing The Walking Dead like rats from a sinking ship; and a David Fincher-directed World War Z sequel never materialized, despite Brad Pitt’s hopes that it would.

Through overexposure, we’ve grown very tired of the same old narrative bullshit: The survivalist fantasy meshing with some measure of social commentary, the debate between “fast” and “slow” zombies and their usage in films, and perhaps the kind of apocalyptic fatalist dread that seemed so pervasive at the start of the decade is a little less in-vogue now that it’s starting to actually show up every day on the nightly news. But maybe it’s also that the zombie film has trended away from the diversity that defined it in its original form, reflecting more of a fantasy-cast episode of Doomsday Preppers than anything else. While not perfect, Jeff Barnaby’s new gore-fest, Blood Quantum, offers an interesting take on the genre specifically because it gives us a new perspective into the genre — that of the Mi’kmaq people, who are at the center of this story.

The end of the world starts out simply enough: Gisigu (Stonehorse Lone Goeman), an old pawn shop owner fishing in the river that has sustained his people for thousands and thousands of years, discovers that the fish he gutted minutes earlier are still flopping all over his carving table. Traylor (Michael Greyeyes), the reservation’s sheriff, has to put down his ex’s dog, and discovers the thing alive and violent in his trunk. His grandson, troublemaker Joseph (Forrest Goodluck), gets into a fight with an infected man and is bitten by him. By the end of the day, the white populace of the town across the river has been infected by and large by an unknown virus, and the hordes of the living dead are streaming across the sole bridge to the reservation.

But nothing happens to the grandson: The Mi’kmaq are immune to whatever is causing the plague. Six months later, a new society has formed behind the walls of the reservation, the last bastion of civilization in the heart of Canada. It’s headed up by Traylor and enforced by the members of his family, and they welcome in refugees, provided that they aren’t infected, of course. His other son, a hell-raising Punk bastard named Lysol (Kiowa Gordon), doesn’t take too kindly to these people coming in and stealing their resources, and eventually he’ll come to a head with his brother, whose pregnant white girlfriend (Olivia Scriven) is an object of his scorn. It’s some intense shit, that’s for sure.

For those horror nerds out there who qualify their enjoyment of the genre by the quality of the action and the special effects, Blood Quantum will likely knock your socks off. Barnaby’s got some tremendous chops, and there’s a number of instant-classic moments that will probably enter the lexicon after this, especially one scene involving a baby that very well might be one of the most disgusting things I have ever seen in a horror flick (it is awesome). His action is clean and clear, with the samurai sword-wielding grandfather receiving most of the best choreography, and he has a great command of his moment-to-moment tension, especially with a specific second-act jump scare that quickly turns into a goofily gross gag. Though a whole lot of the work done by the actors in the film will likely go unremarked on by many of the viewers, the majority-First Nations ensemble is solid enough to get the job done and imbue some of the scenes with a sense of pathos, though its relentlessly dour third act doesn’t really do any of them any favors, especially once the zombie hordes start hitting up our leads like they’re an all-you-can-eat buffet (the ending that Barnaby references is also a bit of an overreach, too, and when you’re copying one of the best science-fiction films of the 21st century, you run the risk of disappointing folks).

It’s true that Blood Quantum probably isn’t exactly what you’d expect when you’d read the logline. It’s not as broad as Romero is in his sweeping indictment of our society, for one, nor does it ever really do much with the racism at its core. Sure, the new equilibrium of power politics on the Reservation is acknowledged and then shifted away from, but I wonder if that’s more just the fact that the filmmaker intended this film for a very different audience than a lot of the people who will be writing about it. This isn’t to say it’s above criticism — there’s a whole host of issues in the film’s structure, which can be quite frustrating, especially with the narrative time jump midway through the film, and it leans on the genre’s cliches frequently enough that one just wishes that Barnaby would make his own movie instead of quoting the directors whose work that he loves — but a lot of the film’s nuances about its politics eluded me, even though I could clearly see that they were working towards something greater.

This is a case where I would love to see and read more writing from native and critics of color on this film, as I think that there’s a whole vast amount of knowledge that one needs to bring to it. So, if you’re looking for a solid Zombie movie to entertain you, Blood Quantum will likely scratch that itch, but if you’re looking to understand it on a more personal level, I highly recommend you do your due diligence and seek out those voices.