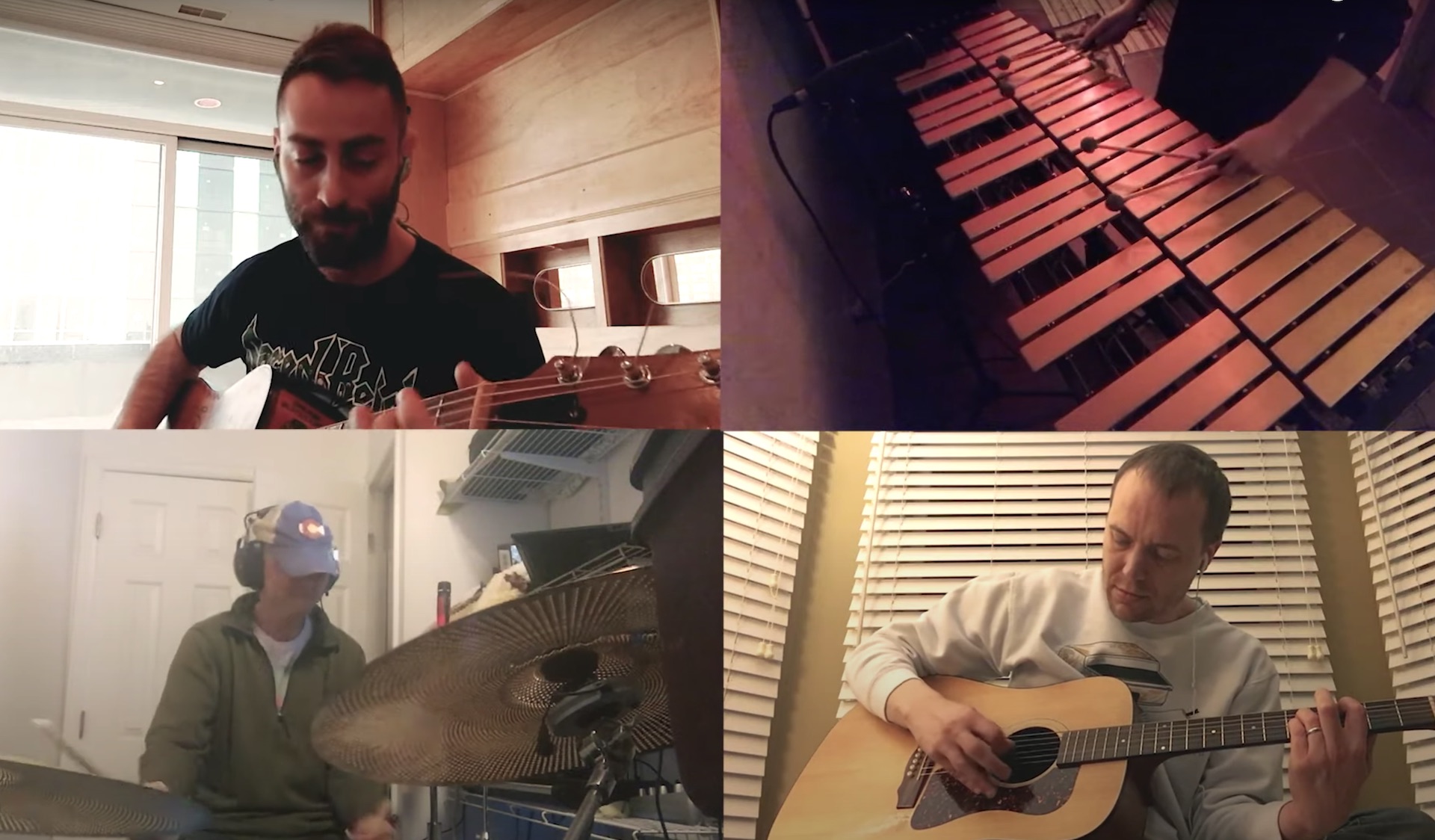 As the country continues to try and stop the spread of coronavirus, staying home isn’t just suggested advice anymore, it’s a way of life. So it makes sense that the Illinois rock band and Emo Night Boston playlist staple American Football would dig back into their catalog for the campaign, re-recording early cut “Stay Home” while …staying at home.

After the audio was first revealed over the weekend during Nether Meant music festival, the visual effort premiered this afternoon via YouTube, available to view below. The band recorded “Stay Home,” which first appeared on their 1999 debut album, in single takes, then spliced it all together. It was filmed individually (obviously), with audio mixed by Nate Kinsella and the video edited by Janelle Abad.

“A lot of people (us included) have a natural tendency to stay home,” write American Football. “And now, strangely, that’s the responsible way to be. We hope at the very least that our homemade and tech-lite video will serve as a distraction from anxiety-inducing news coverage and stress about the future. And at best, maybe it will remind you that your antisocial tendencies are justified. You’ve been making the right decision all along: Stay home.”