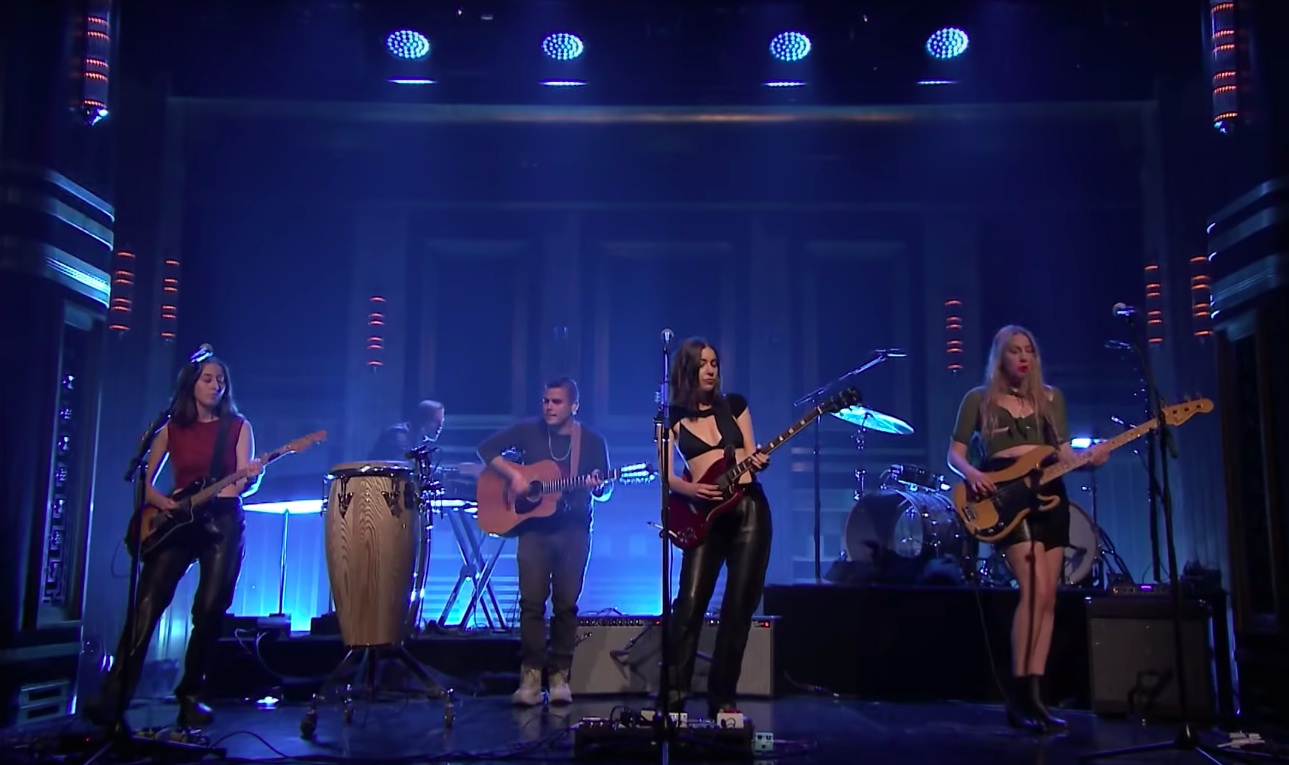 It’s been a pretty good week for musical performances on late-night television. A few days after The Weeknd thrilled SNL, HAIM took to The Tonight Show Starring Jimmy Fallon to perform their groovy new single “The Steps,” joined on stage by co-producer Rostam. The performance has all the facial expressions the world wants and needs from a HAIM live experience (including some mid-song lipstick action), and the single follows a trio of songs the Los Angeles sister group released in 2019. Those songs, and this new one, will all reportedly be featured on HAIM’s third studio album, Women in Music, Pt. III. Produced by Danielle Haim, Ariel Rechtshaidt, and Rostam, it’s the follow-up to 2017’s Something to Tell You, and it arrives April 24.