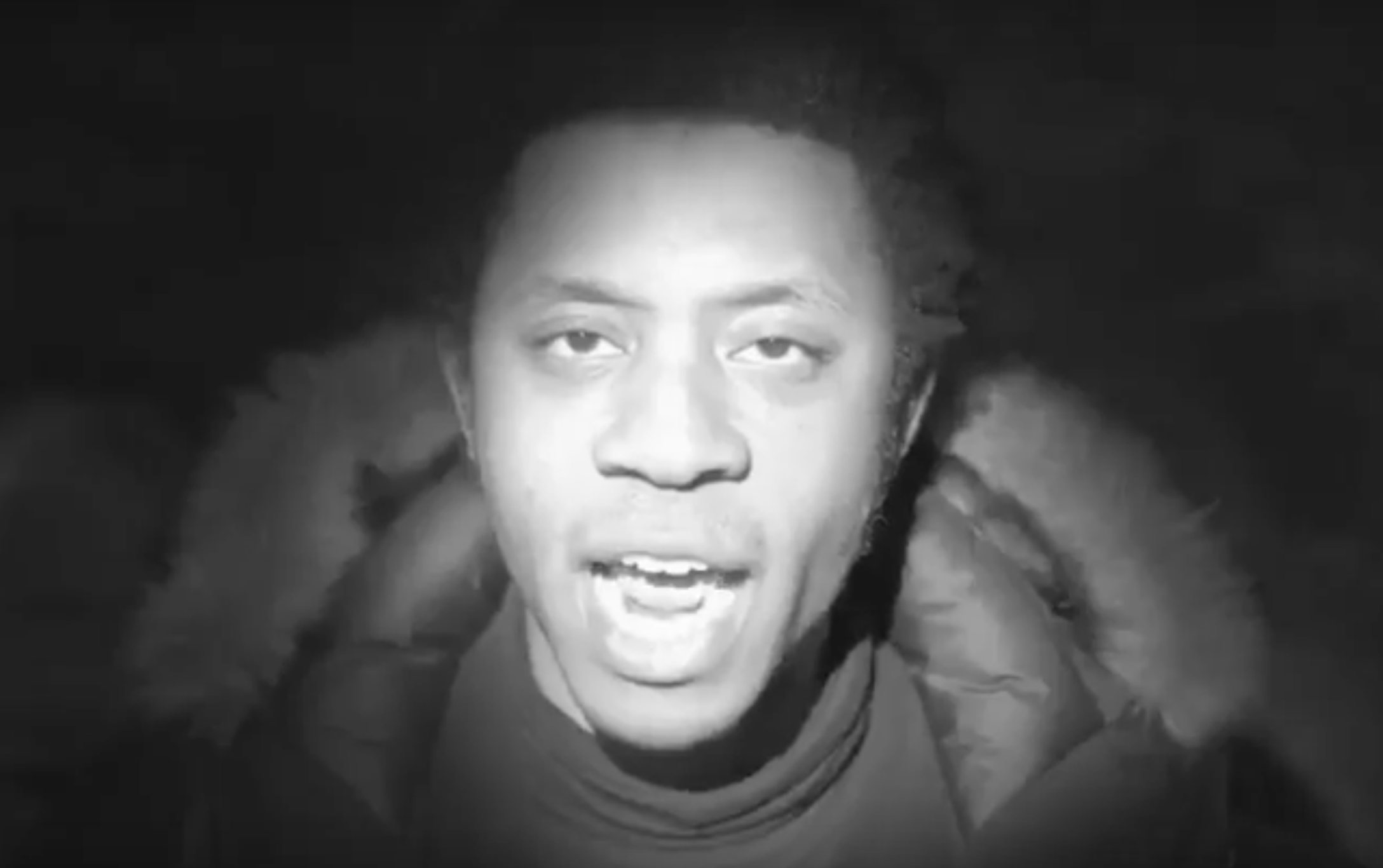 And that’s just within the first 16 seconds.

Pacing in an empty field while their industrial grinds over the darkness of the evening, the Boston duo find themselves immersed in the tension of their own restless, futuristic hip-hop.

Then Haasan Barclay lifts his eyes up to the camera and delivers one of the most concise lines from “IDK:” “Burn this motherfucker to the ground.”

But in reality, Camp Blood are already standing in the ashes of Bartlett Yard, what was once a Roxbury MBTA-bus-maintenance-facility-turned-mini-arts-mecca that spanned eight acres.

“It was an abandoned bus yard for the MBTA for years and a center for the art community after it was decommissioned. Since then the area’s been leveled and razed,” Barclay tells Vanyaland.

Returning to the area to shoot the video was much more than an aesthetic choice (although the vacant lot meshes remarkably well with the mood at hand) — it was a way of taking back the pieces of the art and culture that tumbled to the ground when Bartlett Yard was demolished.

“Lately, it feels like gentrification has been eating up all of the culture in the area,” he adds. “As someone who grew up here, seeing these changes feel like my memories are being taken from me. It felt good to capture the reclaim the rubble of the bus yard in that sense.”

Take a look at the video — directed by J.R. Alexander, OJ Slaughter, and Camp Blood — below, and catch Camp Blood when they perform at Boston Calling this May.