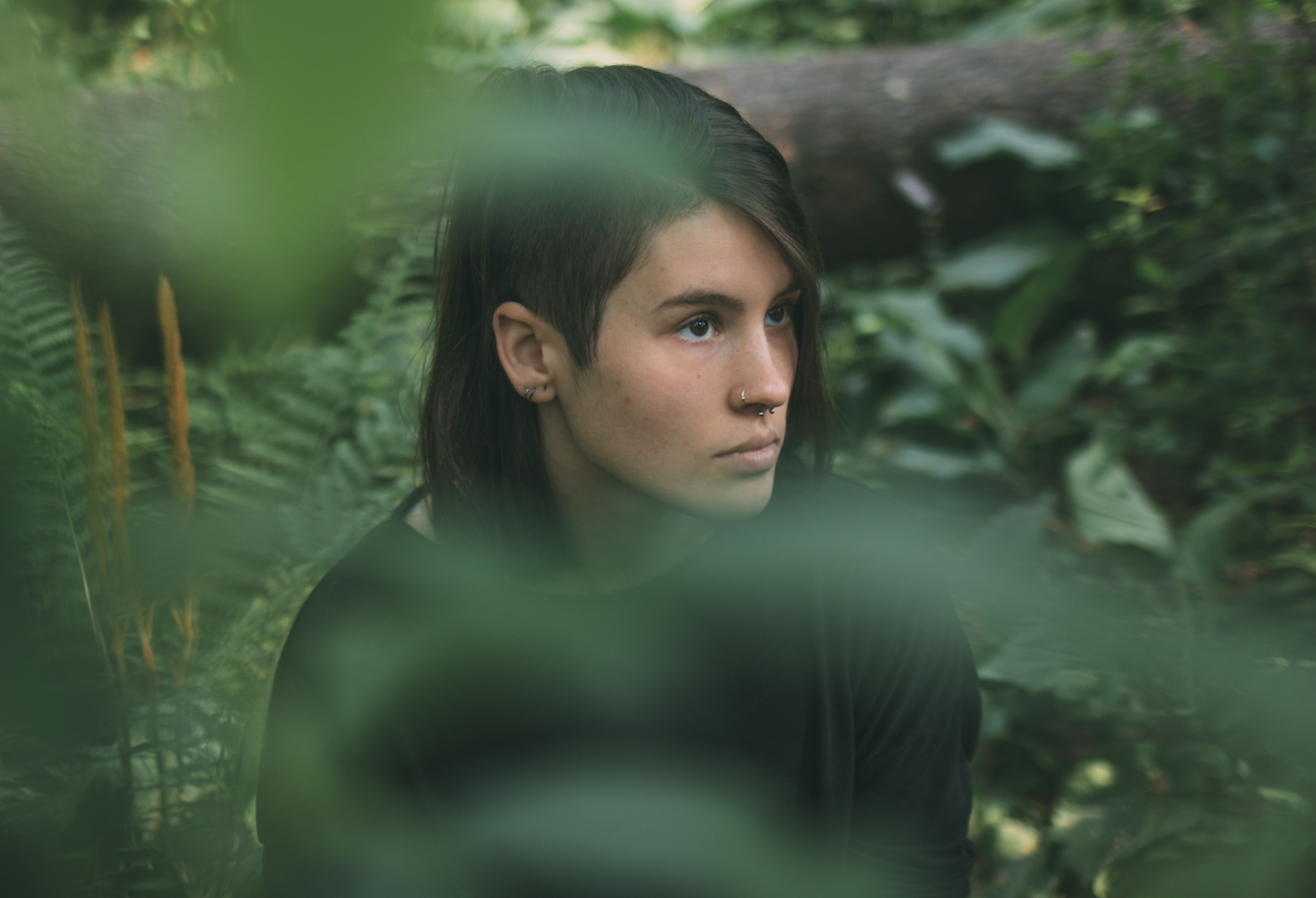 There’s a pile of optimistic, cliché “re-” words that automatically go with the art of writing a new record: reinvention, reincarnation, revolution.

But as Boston’s Gianna Botticelli fashioned together her new GHOST GRL EP (released February 11), she dared to take a different approach — she wanted to rewire her creative process.

“For a while, I always felt my writing/music had to come off to other people as pretty, delicate or easy to hear,” she tells Vanyaland. “When I wrote the songs for Rewired I wanted to basically get rid of that idea completely.”

Stewing in a cloud of opaque, ambient-tinged folk, the entirety of Rewired heaps on darkly tinted views of Botticelli’s reality, from her experiences with sobriety in the music scene, to fully coming into the burden of a responsible adulthood.

“I wanted to write about the things I’ve experienced that have made me into the person I am presently,” she adds. “Rewired touches on a lot of struggles I was presented with as I became a young adult. I was faced with what it meant to be solely responsible for my own issues with my mental health, and to come to the decision of being a sober 20-something in the music scene and amongst friends. I’ve always kind of felt like a complete alien around other people in so many ways, [and] Rewired explores both the time I struggled the hardest with that, but also when I became okay with it.”

You can’t find rosy, silver-lining takes on any of the EP’s six tracks (not that that was exactly Botticelli’s musical bag to begin with, anways); instead, Botticelli wears her “comfortable sadness” proudly, rooting her mood in her instrumentation and detailed lyricism.

“I realized throughout this that no part of it felt pretty or delicate,” Botticelli notes. “I wrote the songs in Rewired with the honesty and discomfort that I felt as I was writing them, I didn’t try to reword them or make them anything they weren’t. I wanted the instrumental side of the songs to reflect those feelings as well, so we accompanied them with heavier instrumentation and more ambience than I had used in past albums.”

Hear the new approach of Rewired below, and catch Botticelli live tonight (February 13) at The Lilypad in Cambridge with 5 Feet Small.