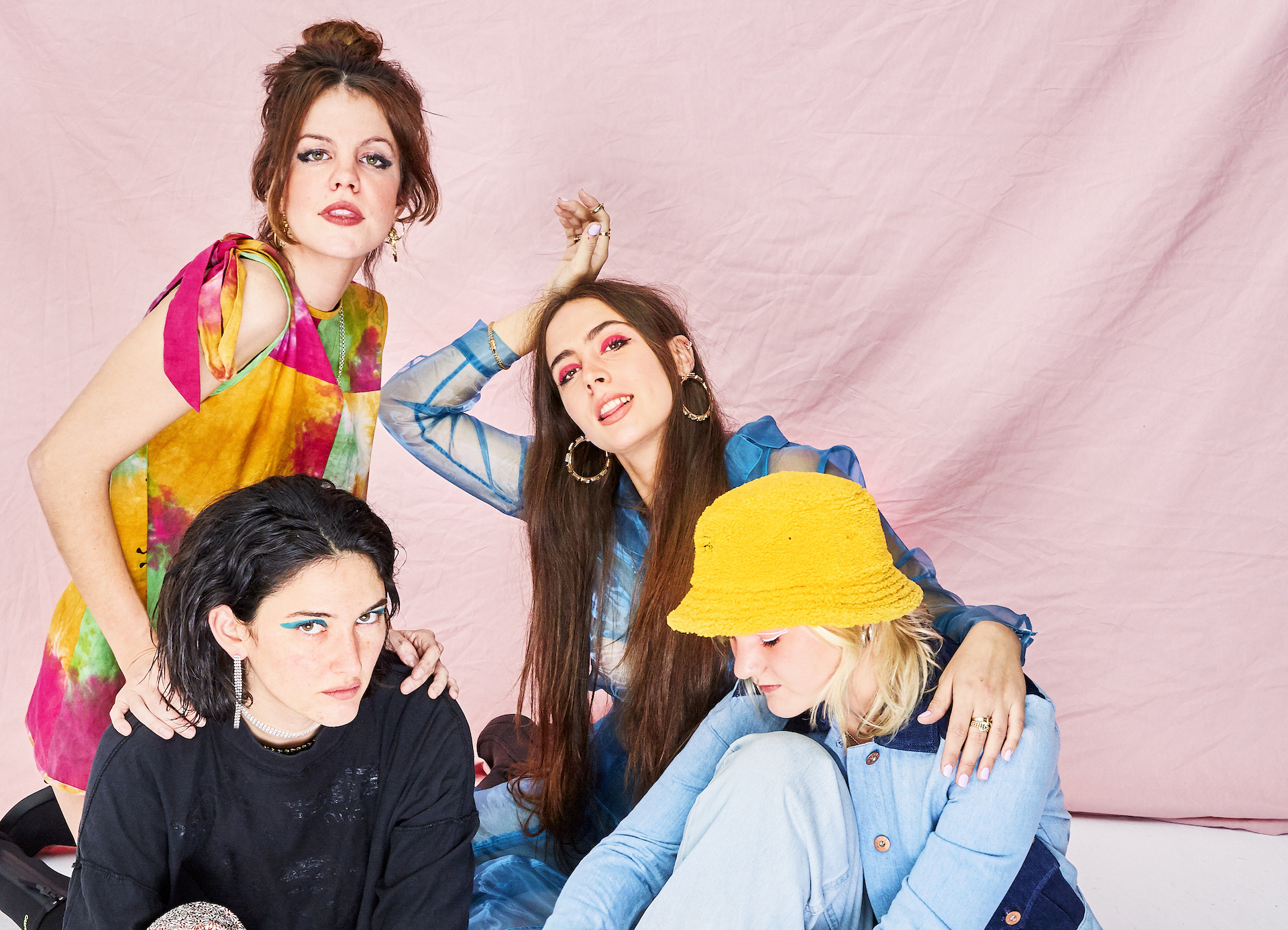 For their third album, Hinds have decided to embrace “the prettiest curse” of lo-fi fame. Posing as superheroes for their new tune and video “Good Bad Times” (out yesterday, February 4), the Madrid quartet have officially kickstarted their next era, prepping for the release of a new album, The Prettiest Curse, out April 3 via Mom + Pop.

“We have this incredible job, but it’s really transformed the way we live,” says vocalist and guitarist Carlotta Cosials of the album title. “We know we’re not going to stop, so we’ve decided to embrace it — to see this curse as something pretty.”

And that’s exactly how the video for “Good Bad Times” presents itself, culling glossy, campy goodness from otherwise desperate situations.

“You know that part in the movies when two people in a relationship are living complete opposite realities? When one thinks everything is great and the other one is about to drown?” Hinds add. “‘Good Bad Times’ is the struggle of communication, time difference, distance, like the two sides of a coin — two sides close together that can’t be separated, even though they seem to be completely different.”

The band has also announced a 2020 North American tour, which stops at ONCE Somerville on May 15, and Phoenix’s Valley Bar on June 6. View the complete list of dates for 2020 here.