Sundance 2020: Andy Samberg is trapped in the wonderful ‘Palm Springs’ 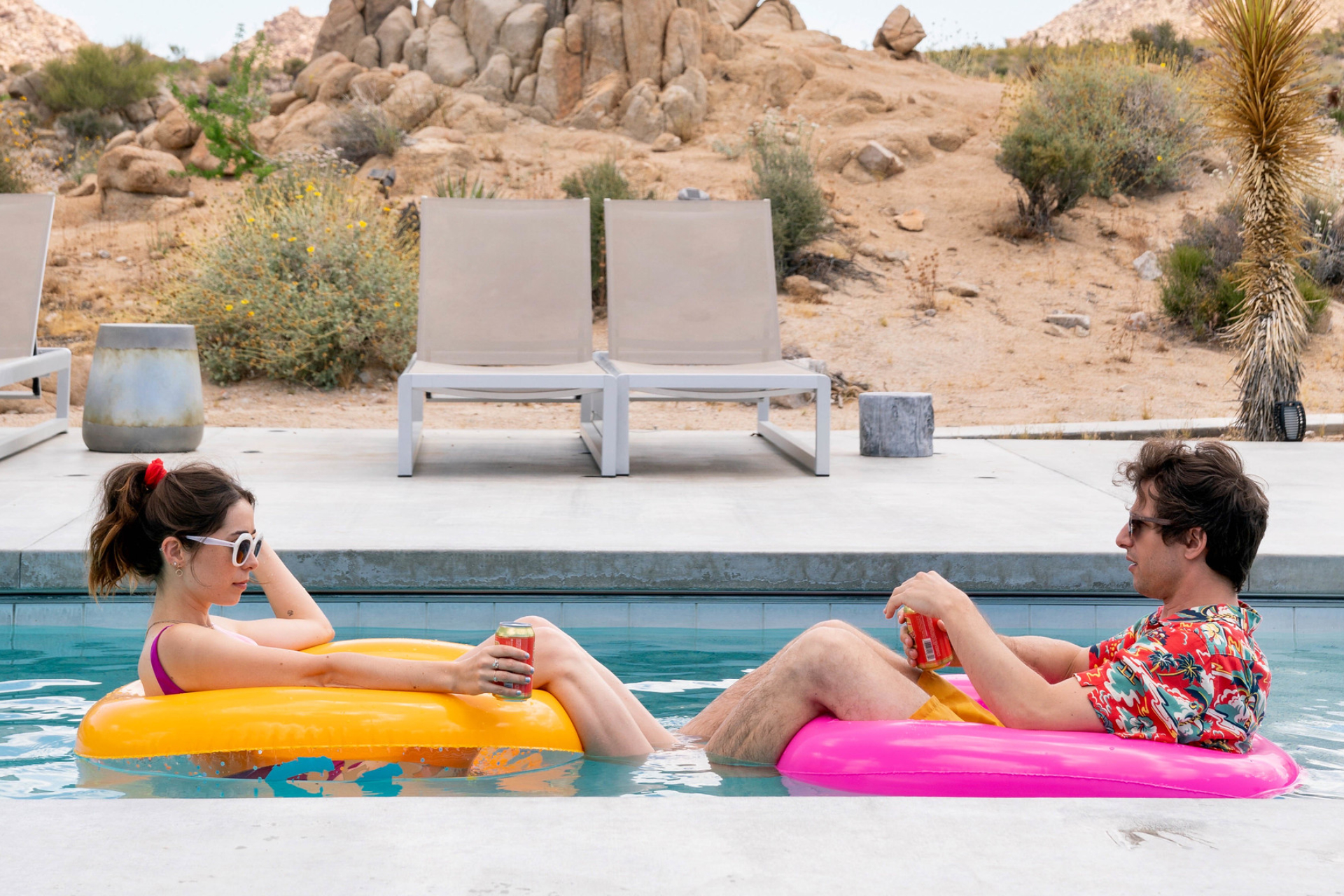 You know what’s better than a terrible Jeep ad riffing on your nostalgia for Groundhog Day and for an era in which charming and witty films executed original concepts smartly and with lots of feeling? Max Barbakow’s Palm Springs, that’s what, which made headline after headline in Park City last week after it became the largest purchase in festival history, selling to Neon and Hulu for a whole $0.69 more than Nate Parker’s The Birth of a Nation did a few years ago. Produced by The Lonely Island (their production company logo, which riffs on the stark and blue Sony Pictures Classics logo, earned a huge laugh at my screening) and starring the triumvirate’s most public face, Andy Samberg, Palm Springs takes the Groundhog Day formula, which has nearly been done to death in all forms of media over the last twenty years — action cinema, literary fiction, Adam Sandler — and applies it in a lovely new way to a very modern depiction of a growing and blossoming relationship. It’s one of the smartest romcoms to emerge from the indie scene in the past couple of years, though who knows if it’ll be a hit when it comes out, given how big Sundance bets rarely seem to pay off financially these days.

Sarah (Cristin Miloti) is the black sheep of her nearly perfect little family, which has gathered at a resort in order to celebrate her younger sister’s impending marriage. She drinks too much, she fucks around, and she most definitely doesn’t want to be there. But that night, she meets Nyles (Andy Samberg), a perpetually drunk slacker who, clad in Hawaiian shirt and swim trunks, mangers to deliver one of the best wedding speeches the assembled crowd has ever heard. He makes his way to her, seemingly knowing every move of every person in the room, and the two hit it off. They leave the party to go have sex out in the desert, but they’re interrupted by a hunter (J.K. Simmons), who shoots Nyles with a few arrows before wandering into a weird, glowing cave. Nyles walks towards the light and yells at Sarah to stay away, but being both curious and concerned, Sarah steps towards it. She wakes up in her bed on the day of her sister’s wedding and freaks out: Nyles was caught in a bizarre time loop, and now she’s trapped it in too.

What follows is a remarkably funny little film, in which we watch these characters grow and change as they’re trapped together in these circumstances, the horror and resulting nihilism of their predicament becoming more bearable — and a lot more fun — now that they’re stuck with another person. Sounds remarkably like one’s day-to-day when I put it like that, huh? Samberg and Miloti have a fantastic chemistry with one another, and their romance feels believable, even if their situation feels like a genre-construction. There are some wonderful bits strewn about, including some of the biggest laughs of the entire festival, especially when the pair turn their eyes to disrupting the perpetual wedding celebration for a cycle, and I don’t want to spoil them here for you. But I just know that the Lonely Island seal of quality means something to a whole lot of people, and both their sense of humor and strong writing is preserved here, even if they’re only really involved as producers (excepting Samberg, of course). And you know what? It’s better than Popstar. There. I said it.

Despite all of the bizarre humor — which goes to many of the same places as Harold Ramis’ classic but to much darker ends — and though Barbakow’s movie ultimately embraces Groundhog Day’s moral, Palm Springs moves away from the blunt-force application of said lesson and, instead, embraces the romance of the situation without most of the manipulation. Ultimately, it feels a bit more real, even if it’s construction is a bit flimsier (I didn’t mind most of the cut-away gags in the film, though I can understand why my pal Kevin Cookman turned to me after our screening and said it reminded him of Family Guy at points), and every emotional beat is wholly earned, including the “Cloudbusting” needle-drop that hits near the film’s conclusion. You have to do the work in order to use Kate Bush properly, and I’m glad to say that Palm Springs earns the right with flying colors.