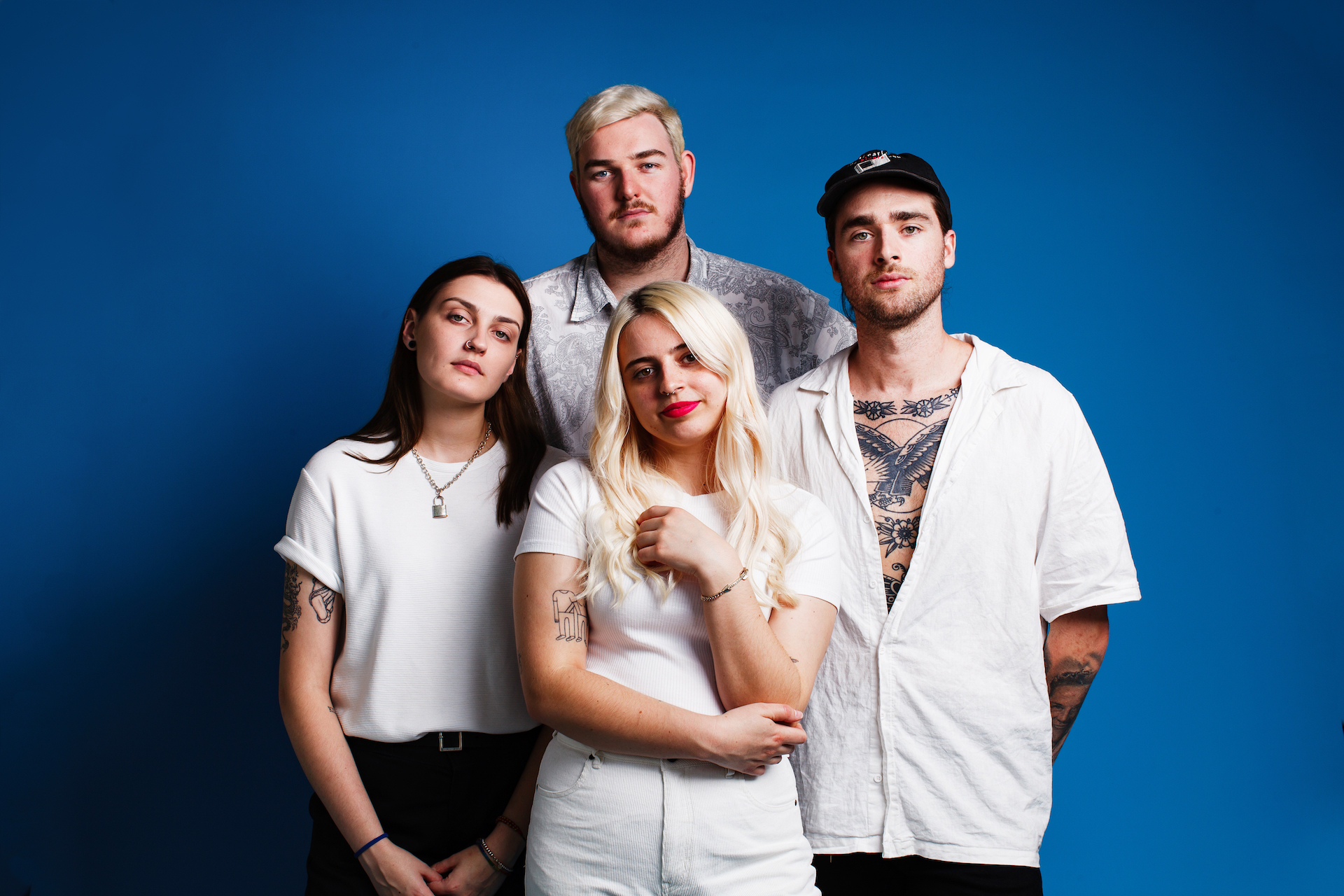 Eliza & The Delusionals are preparing a portal.

As the Australian band rip their innards to shreds on their new song “Pull Apart Heart” (released today, January 31), they’re actually conjuring a door to their new EP, A STATE OF LIVING IN AN OBJECTIVE REALITY.

The new set of tunes arrives on March 20 via Cooking Vinyl, right in the middle of their stint at SXSW in Austin, Texas.

“I think it’s definitely our favorite work we’ve done so far. We all feel really proud and excited about the songs, and we’ve been holding onto it for a little while now so it’s so exciting to finally see it being released,” states singer and guitarist Eliza Katt of the new EP. “Through most of 2018/19 I was having a lot of issues with mental health and the position I was in at the time. I felt really stuck somewhere that I couldn’t actually get out of, so a lot of the songs lyrically were really influenced by that… it was almost a release from all of the bad times we had gone through in the lead up. I really think that’s what puts this EP so close to our hearts.”

Hear the first piece of the portal with “Pull Apart Heart” below.