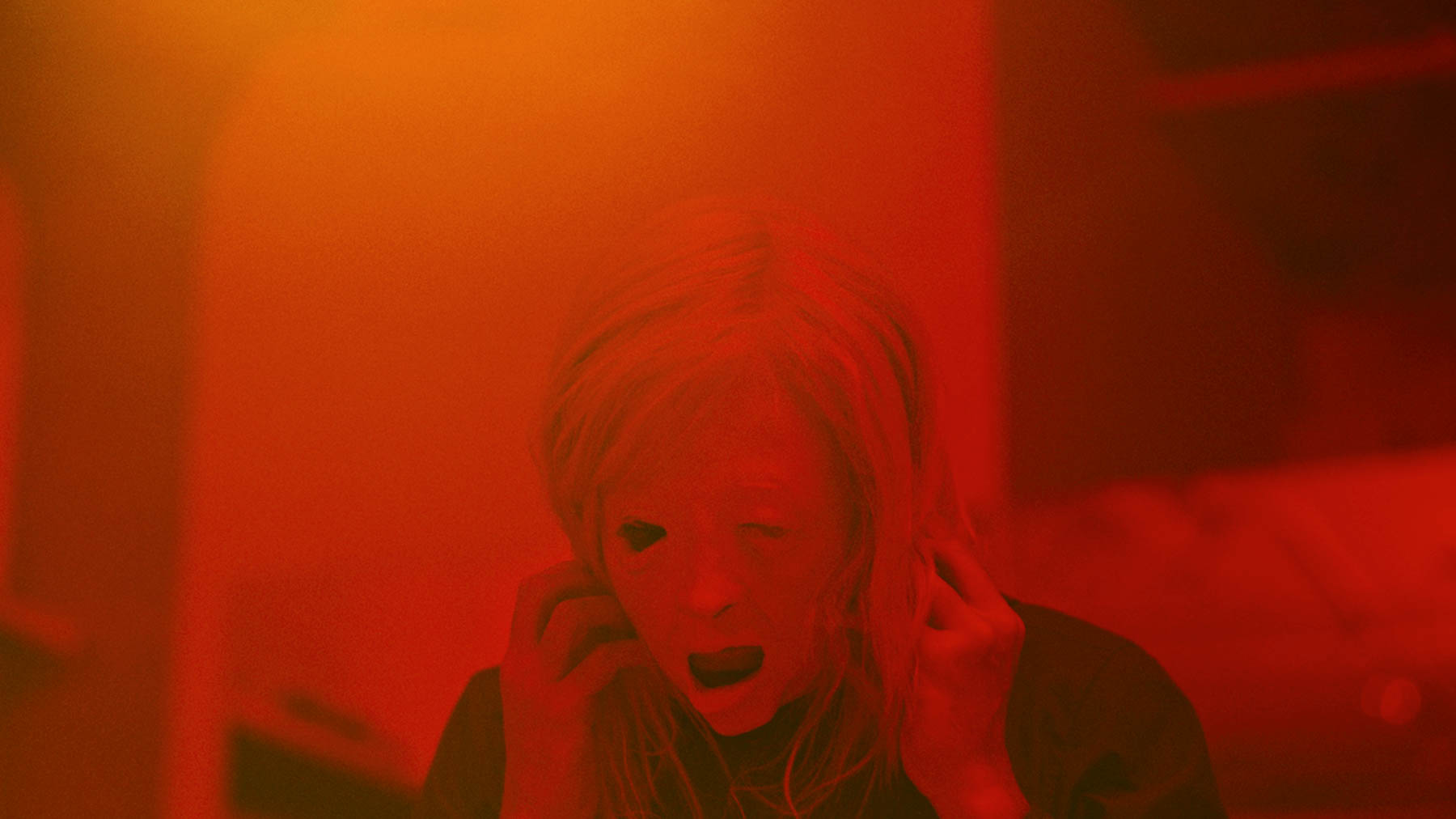 You know you’re doing something right at Sundance when, barely a minute into the film, you’ve already got the audience gasping like they’ve just seen a corpse in the woods behind their house. But when you’re watching a young woman plunge a wired needle into the top of her skull and tuning something that looks like an AM radio as she cycles through a number of emotions, you’re gonna jostle people. That’s exactly what happened with Possessor, the new cyberpunk thriller by Brandon Cronenberg, and it very well might be the best adaptation of a William Gibson short story that the man never wrote, and it’s nearly neck-and-neck with The Matrix as the best film to emerge from filmmakers under his influence. A portrait of a bleak corporate dystopia that’s impossible to place in a specific thanks to its blend of the low-fi and high-fi, Cronenberg’s film is about identity and guilt, wonderfully directed with a ton of cinematic flair. Had it been in the Midnight category of the Sundance program, it would have easily taken the crown as “most essential midnight movie to come out of the fest,” because holy shit, you are gonna want to see this with a crowd.

Tasya Vos (Andrea Riseborough) is a corporate assassin, one who essentially acts as a drone operator. Covered by a massive VR headset and monitored by a team of doctors and her boss Girdir (Jennifer Jason Leigh), she kills her targets by remotely controlling others’ bodies through implants inserted into their brains via snatch-and-grab operations. It could be a waitress, a nightclub hostess — whomever is close enough to the target to get the job done. Vos has been warped by her experiences: She plays with the blood of a victim after stabbing him a dozen times, and has to rehearse her greetings to her family before she returns home to them each night. But she’s given a high profile job: Assassinate John Parse (a wonderfully slimy Sean Bean), a CEO of a large technology firm, so that her company can seize his assets, and she’s put in the body of his soon-to-be son-in-law, Colin (Christopher Abbott). The young man works in the lower rungs of Parse’s company, only employed there because he loves his daughter Ava (Tuppence Middleton). But weird things begin to happen as soon as Vos enters Colin’s body, and their identities begin to merge: Who is really pulling the trigger here? Whose personality is dominant?

Riseborough and Abbot are both fantastic — the former has spent her career turning traumatic alienation into genuine pathos, as glimpsed in Mandy and Nancy (hell, even The Grudge if you’re willing to go there), the latter having turned away from the kind of work that initially made him famous. One could say that Abbot is pulling a Pattinson, plunging himself into the depths of the truly weird in order to go pro, with his work in films like It Comes at Night and Piercing offering other strong examples of his genre work. We spend much of the film with him, and he feels truly alien at times, as Cronenberg refuses to give us a strong idea of who exactly is in control of his body at any time. We never get the chance to know Colin as a character or as a person, and the ambiguity of his character makes a type of body-swap performance that we’ve seen before so much more interesting than it potentially could have been. They both enhance and blend into the film’s setting of ugly anesthetized spaces and occasional gaudy opulence.

Cronenberg’s take on corporate espionage feels directly inspired by Coppola’s The Conversation, in its stark desolation and brutalist trappings, technology having crushed the life out of nearly every situation, but it feels close enough to our own society to resonate. Take, for example, how the the workers at Colin’s office don’t even toil at physical desks: They’re given VR headsets, of which a nice, pleasant office environment is broadcast to them to do their work in. They’re data-miners, spying on people through their home cameras, attempting to identify what kind of drapes and/or blinds that they use in the image, told to look away from those living or fucking in the Rame, unaware that they’re being watched. This isn’t that dissimilar from what thousands of workers are doing at big social media companies these days, undergoing countless traumas in the process.

The visuals, perhaps, are what make it feel totally alien — the scenes in which Vos and Colin merge minds are fantastically done, in which their bodies melt and reform, cut between segments from chopped memories and other vague visual horrors. And, this being a Cronenberg film, the gore is also fantastic and shocking (though the best body horror in the film comes verbally, once through a joke and once through a threat), and the film goes to some places that would make it very, very hard to release to a wide audience. But we really hope that Possessor makes it out into the world in its unaltered form: It’s by far the most metal thing we’ve seen here.