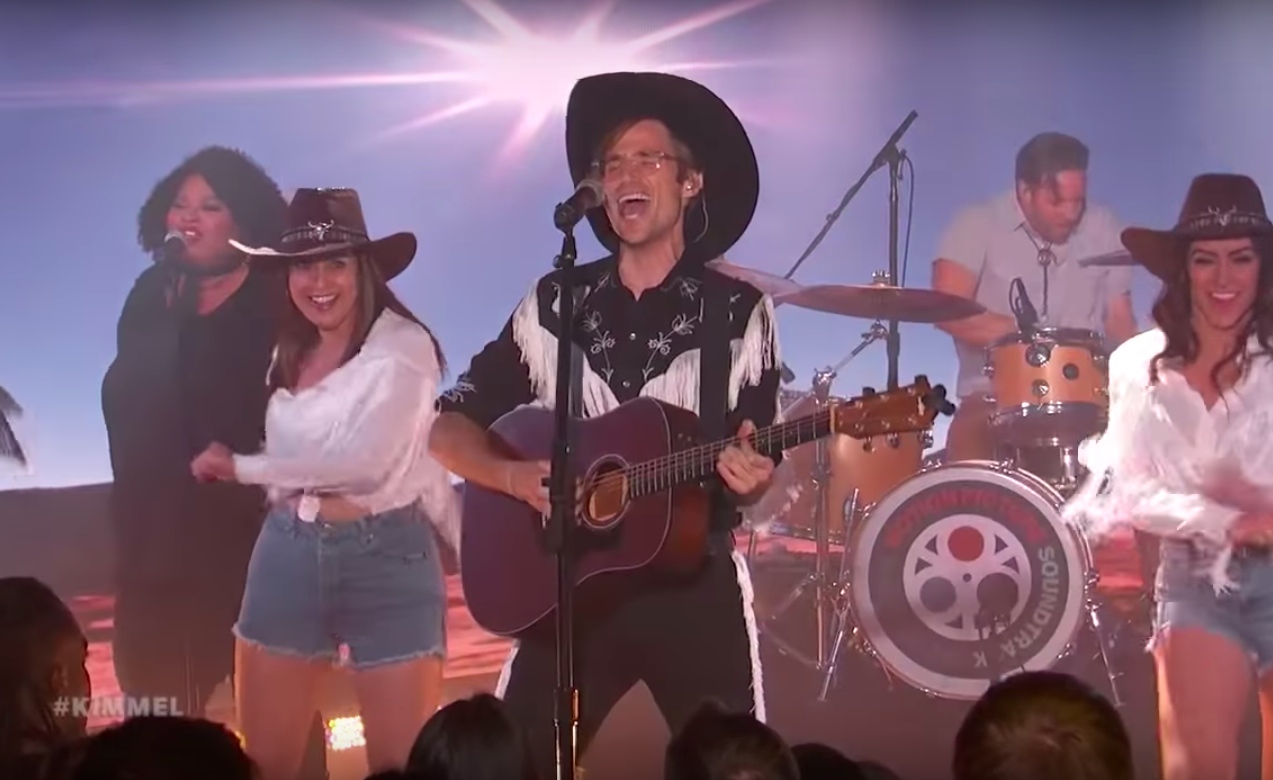 A few weeks back Vanyaland published its Decade in ReView, taking a look at some of the more intriguing storylines of the 2010s. One piece on our initial agenda that we didn’t get to write was how late-night TV talk shows became the new MTV, propelling bands like The Orwells and Future Islands to widespread acclaim and appeal after captivating appearances.

We’re thinking about that whole idea again after watching Saint Motel’s fringe-fed freak-out performance Monday night (January 13) on Jimmy Kimmel Live. The Los Angeles band cowboy’d the fuck up and threw down recent single “Van Horn,” and all that was missing was a cameo from Orville Peck. It’s got it all — country dancers, some brass, and Saint Motel frontman A. J. Jackson doing the damn thing in front of a national audience. We’ve been sweet on Saint Motel for a while now, so this is the signal boost the band deserves.

“Van Horn” comes off Saint Motel’s standout October LP  THE ORIGINAL MOTION PICTURE SOUNDTRACK: PART 1, the first chapter in a three-part release that continues into the New Year. Catch them live and in action in the next few weeks along their Motion Picture Show tour, which includes stops January 26 at The Van Buren in Phoenix and then February 14 at Boston’s Paradise Rock Club.