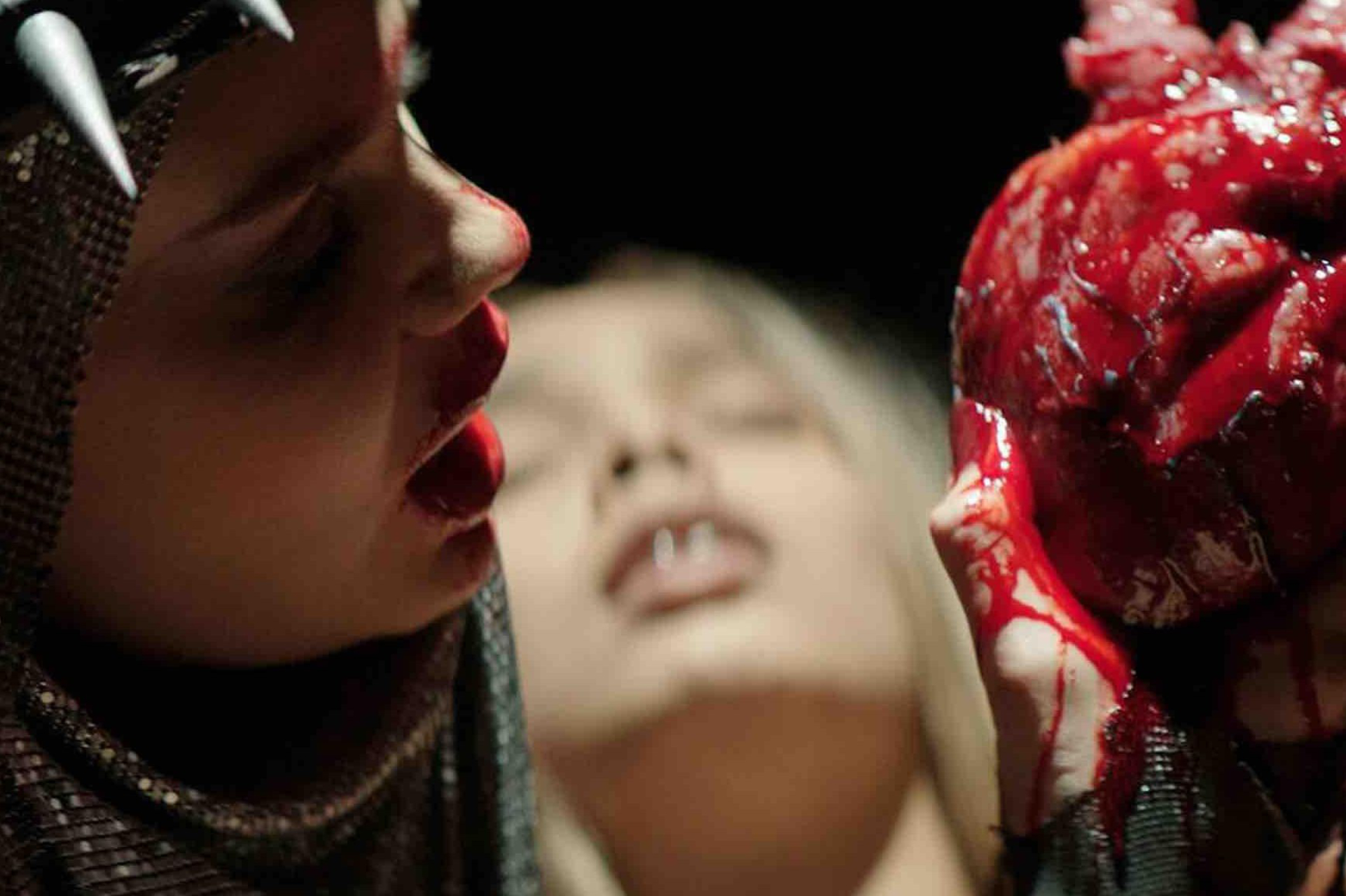 One of our great regrets in all of our time writing about horror movies and various other aspects of schlock cinema is missing out on the world premiere of Glenn Danzig’s directorial debut Verotika at Chicago’s Cinepocalypse festival last summer. From what we’ve read about it, the film was an instant hit with the kind of cult nerds who, like us, eat this shit for breakfast, lunch, and dinner — hell, Bloody Disgusting called this “the horror movie equivalent of The Room.” Who doesn’t want to see that? We were genuinely bummed to find out that it wasn’t going to play Fantastic Fest later that year, but we held out hope that one day, we’d get the chance to check it out for ourselves. And now, we’re one step closer to that fateful moment. Cleopatra Pictures dropped the first trailer for Danzig’s cinematic magnum opus earlier on Wednesday, and we can’t wait for you to watch it.

Peep it, but before you do, we’d just like to remind you that this is an NSFW trailer, so if you’ve got a decidedly un-metal boss or are working for Tipper Gore, you might want to wait until you’re back home to watch this one:

Here’s a very, very thin synopsis of the insanity to come:

“Scantily-clad female protagonists?” Who hired Beavis and Butthead’s PR firm for this gig?

Verotika hits VOD on February 25 before arriving on home video on March 3. Go ahead and cancel all of your plans for that weekend: This movie, like pizza or wild sex, will single-handedly make any night better. Well, maybe not better, but significantly more interesting. Also, here’s the Bandcamp page for the film, if you’d like to go ahead and secure your merch so you can be ahead of the ironic curve.