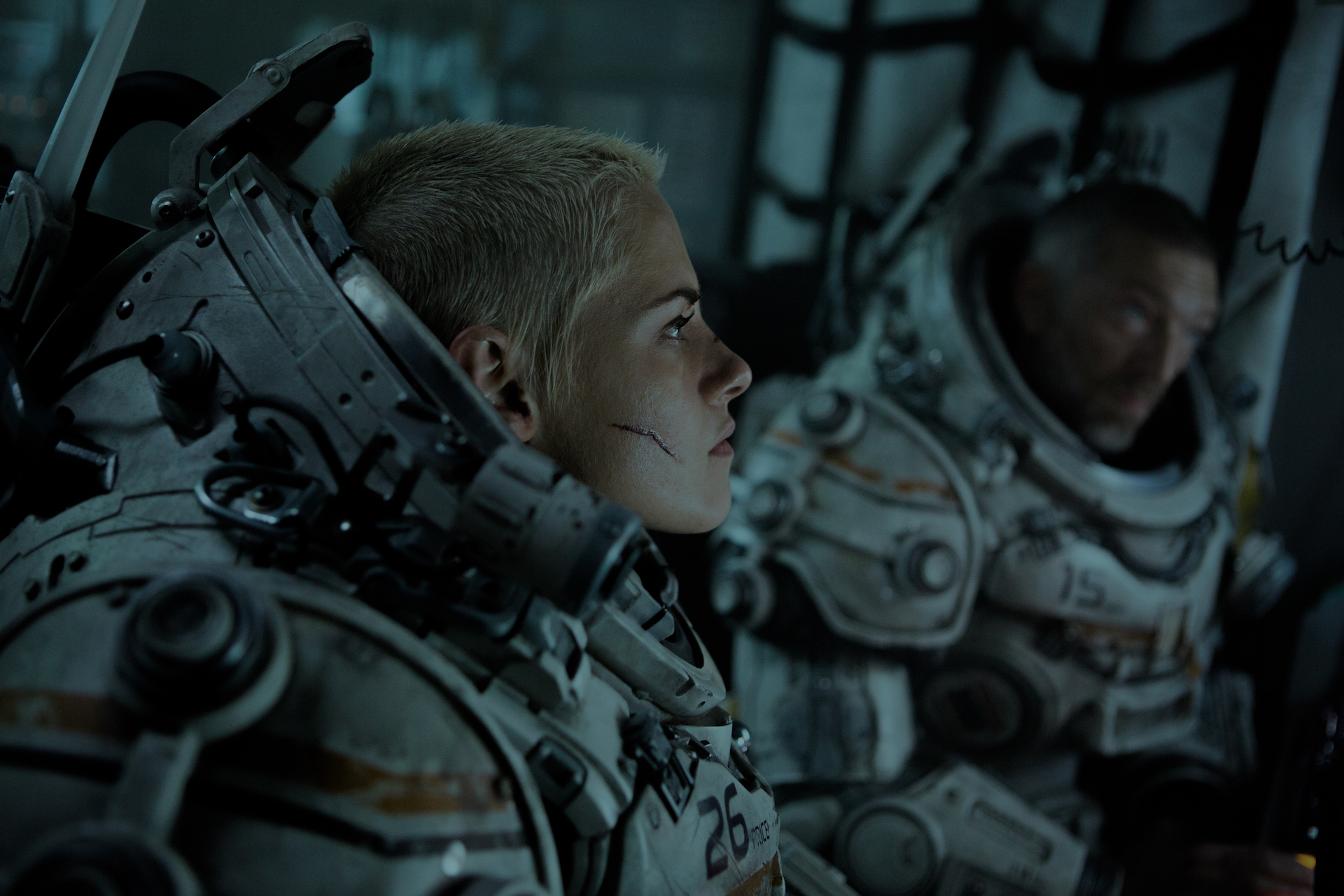 It’s been a long, hard road for William Eubank’s deep-sea thriller Underwater, which wrapped production back in 2017 and has sat on a shelf somewhere in the 20th Century Fox vault for the last three years. It seemed to be a strong step forward for Eubank, a low-fi director who thrives on trippy high concept sci-fi (you might have seen his film 2011 Love on a streaming service in the last couple of years) and this project provided him with a genuine budget for the first time in his short directorial career and a shockingly talented cast, the fabulous Kristen Stewart chief amongst them. But thanks to studio disarray (including a change of ownership), a hefty effects budget and what looks to be genuine disinterest from audiences everywhere, Underwater seems doomed to fail and to be consigned to the cinematic trash can soon after. It’s a genuine shame, as Underwater‘s really not that bad, and it’s a perfectly serviceable riff on one of the most tried-and-true genre knockoffs of all time that, like your Gen-X older cousin, only really damned by its untapped potential.

It’s the near future, and an unscrupulous mining company has dropped giant drilling rigs in the middle of the Mariana Trench — the deepest spot in the entire ocean — in search of oil and other rare resources. On what seems like a normal day at its beginning, engineer Norah Price (Stewart) narrowly escapes with her life after her section of the rig implodes on itself from some sort of massive outside interference. Soon enough, she discovers a group of other survivors, led by her longterm Captain (Vincent Cassel), each of whom has no idea what the hell happened on board — was it an Earthquake? An air pocket? A bombing? — but who can agree on one certainty: they need to escape the station before it totally collapses and explodes. The Captain hatches a plan, in which the group will traverse the floor of the Mariana and make their way to another drill, presumably with functional escape pods, and from there they’ll abandon ship and head to the surface. The only problem with this plan is, well, the things that caused the rig to explode in the first place: underwater creatures of varying size and shape, from the tiny and squid-like to basically an Elder God, that really don’t like light but really do like the taste of human flesh.

Eubank knows that you’re automatically thinking of a few different films when you enter the theater: The Abyss, DeepStar Six, Leviathan, and the granddaddy of them all, Alien, the film that launched a thousand Corman knock-offs and have burnt the walls of your local multiplex over the last four decades. And, to be fair, the film shares a thematic throughline with most of those films: Jumanity shouldn’t go to places where we don’t belong and human meddling will ultimately probably destroy the world itself, etc. His solution to this problem comes in Underwater‘s pacing, which is breakneck and intense: after one quiet moment early on that we spend getting to know Stewart’s character and in which you can practically feel the safety bars dropping down over your seat in the theater, the station’s implosion occurs, and you’re essentially strapped in for a solid-enough roller-coaster ride. Some sequences work fantastically, like that initial implosion, which sees Stewart and Mamoudou Athie narrowly avoid death as they race to a secure section of the drilling platform; or one where our entire cast is trapped in a deep-sea elevator as they listen to some ungodly creature attack the metal walls around them.

But once our characters head out into the cloudy depths of the Mariana, Eubank runs up against a visual brick wall, and it’s these (presumably very expensive) effects-laden sequences that come very close to ruining the movie. The bulky mecha-styled diving suits that our cast are put into are all identical, which works nicely in a medium close-up when we can clearly see their faces, but makes it almost impossible in an action-heavy wider shot to tell them apart. It’s also incredibly difficult to tell what the hell is going on from moment to moment during these sequences, as the director has attempted a hard handshake between two types of filmmaking that don’t exactly play nice with each other: Standard studio third-person filmmaking and the first-person POV-centric “found footage” style that was a popular hallmark of genre filmmaking ten years ago. What results feels like watching the characters on screen reacting to a Twitch stream of something like Resident Evil: Underwater, as the all-digital environment and effects don’t mesh very well with the live-action filmmaking, but it moves by so quickly that by the time you notice you’re annoyed, the film’s already moved on to something else.

That sentence makes the Underwater experience sound significantly worse than it is in practice, and had Eubank’s ambition been a little more restrained, we might be talking about an honest-to-god January horror classic here. Unsurprisingly, Stewart runs away with the film, and her understated handling of her character’s emotion pairs very nicely with Eubank’s more traditional horror stylings. She’s saddled with the same reductive “trauma” arc that we see used as a crutch for easy pathos — at least it’s a dead fiancee this time instead of a child — but with K-Stew in the role, it never becomes grating, though she’s required to mutter a lot of emotional exposition, in lieu of any grandstanding close-ups to emphasize just how deeply she is feeling when reciting her tragic backstory. You could do significantly worse as far as Ripley surrogates are concerned in these types of knock-offs, and though that might sound like I’m damning the movie with faint praise, well, I am, kind of.

She’s really the only character that we get particularly close to, given how Eubank’s focus is squarely on narrative momentum, but most of the supporting cast does a solid job, even if they’re rendered anonymous behind their diving suits and their grey, ugly surroundings at the bottom of the ocean floor. That “most of” in the previous sentence would be a “the rest of” if T.J. Miller wasn’t in the film, but that’s what happens when you shelve a film for three years: your actors can self-destruct on a grand scale, and render a typically unfunny comic relief performance into something significantly grosser. I very nearly checked out of the movie a scant ten minutes in when Miller called Stewart a “sweet flat-chested elven creature,” but thankfully that’s about as bad as it gets within the text itself, though it does get a bit weird when Miller and John Gallager, Jr. rhapsodize about the delicious quality of every southerner’s favorite marshmallow treat, the Moon Pie. It’s one of the oddest bits of product placement that you’re likely to see this decade until McDonald’s decides to make a Mac & Me reboot. And that, sadly, will probably be Underwater‘s legacy: A too-expensive and ugly horror flick with a (mostly) good cast and a seriously funny bit of product placement. Pour one out for this one: It could have been so much more.