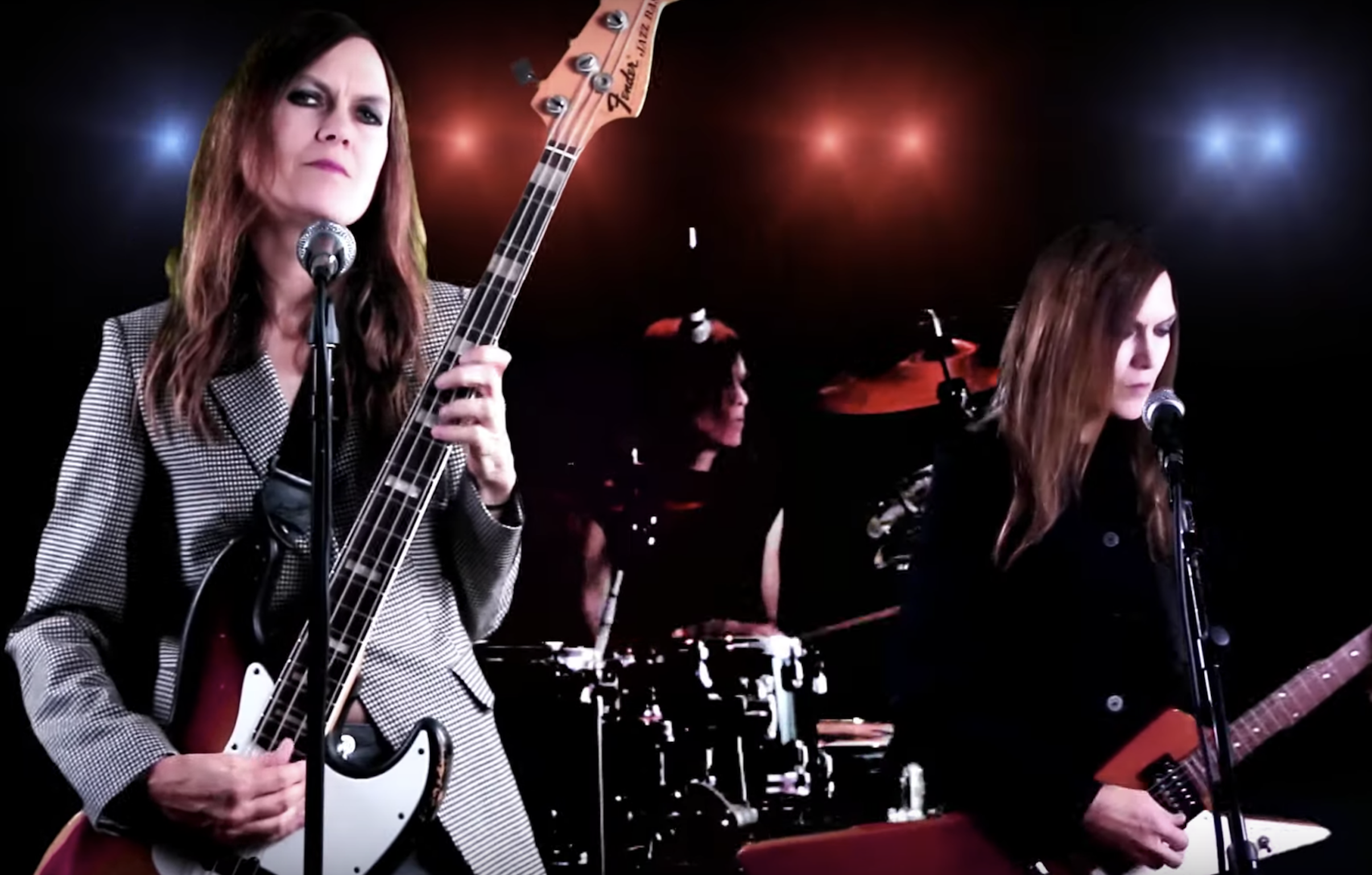 When we saw the video for “Lost Ship” back in late 2018, we knew it right away: Juliana Hatfield and Rachel Lichtman are a match made in audiovisual heaven.

After releasing her new record Juliana Hatfield Sings The Police, the Massachusetts singer-songwriter has shared her first video from the project, a collaboration with Lichtman for “Can’t Stand Losing You.”

This is the third time the two women have worked together on Hatfield’s videos; for her January 2019 record Weird, Hatfield enlisted Lichtman for the “Lost Ship” and “Broken Doll” vids.

The idea of a blessed trinity comes up in the “Can’t Stand Losing You” video, too — there’s three Hatfields at play in the music video, portraying all three members of The Police (Sting, Andy Summers, and Steward Copeland).

“Rachel shot me playing each individual part on each different instrument and then used her magical skills to put all three of me together, like an all-woman, cloned Police,” Hatfield says. “I think this is the first time anyone out there will be seeing me play drums — usually I do it in secret!”

“This was another hilarious spark of an idea that we just ran with and made happen ourselves, which is always great for us creatively, and I think the result really reflects that,” adds Lichtman. “It’s no surprise that Juliana once again so masterfully created a tribute so imbued with her own deeply talented musicianship and personality. I wanted to somehow visually capture that same energy: Juliana playing all The Police through her cool, unique prism.”

Check out the new vid below, and catch Hatfield with her band on January 24 at Crescent Ballroom in Phoenix, and on February 12 at ONCE Ballroom in Somerville.