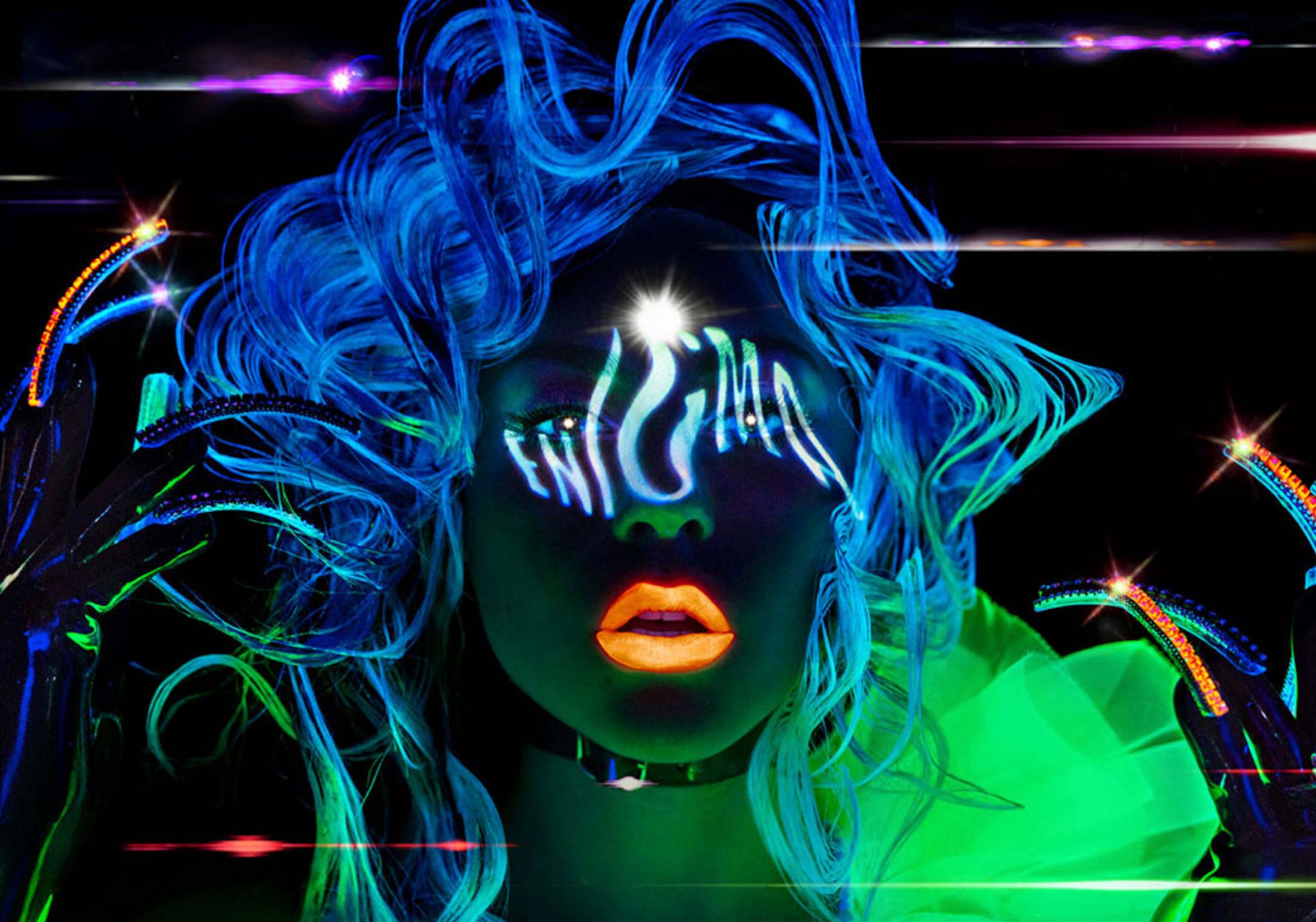 In Decade in ReviewMusic

The girl from the ‘Monster Ball’ DVD is gone; in her place is a woman who survived PTSD, a broken hip, and a media-driven ‘fall from grace’, clawing her way back to the top when no one in particular cared to watch

Glancing up from a weighty contract, clad in a mere Joanne-pink robe, Lady Gaga signed her name along the dotted line for a two-year stint in Las Vegas called “Enigma” in late 2017. A residency at Park MGM on the Vegas strip, specifically: To many, a last cashgrab for woebegone pop starlets long gone gray.

You could say that’s when the eyerolls began, but in truth, the rattled sighs of exasperation started long before that. They started when Born This Way “only” sold just over a million copies in its first week, despite a huge push via an Amazon Music promo sale. They started with ARTPOP shrieked and hollered in 2013 and spat in the face of pop norms, waving glowsticks and dissecting rape culture at boisterous raves. They started when Joanne debuted Gaga’s sexy short-shorts-underboob-crop-top brand of normcore after years of freaking everyone the hell out. How did we get here?

But in that moment in December 2017, that one defining autograph, we were so far removed from the days of The Monster Ball, the omnipresent fashionable frenzy of “Bad Romance” and all the YouTube records that came with it.

And, honestly, thank God for that.

This is ME, Def Jam, the label who dropped me! This is ME, conservative naysayers of the pop sphere! This is ME, school bullies who literally threw me in the trash! No gesture was too tawdry, no music video too obscene, and no dress too, um, “organic” to get the point across.

In turn, her ballsy bravado was a beacon for the outsiders of the world, a lifeline for minorities and the persecuted, namely the LGBTQIA+ community. In a time where same-sex marriage was not legal in all 50 states and Don’t Ask Don’t Tell was still in effect, Gaga spoke and squabbled on behalf of her fellow Americans (presumably while wearing some leather Versace outfit). All the pop girlies scrambled to don their own tastefully disgraceful getups and out-gaga her. It was a caliber of weirdo revolution the world had never witnessed before, and an especially timely one at that.

Then, as soon as her reign started, the GP deemed it was over.

It was the exact push she needed to ascend from pop princess to unbothered musical queen as she catwalked into her 30s come 2016: The timeframe when the art angels came to her bejeweled bedside and explained that she had more in her creative toolbox than just wigs and vulgar whimsy.

Maybe it started with the major hip injury she sustained mid-Born This Way Ball, maybe it was a mere matter of age and maturity, but the 2010s witnessed an emotional glow-up of sorts from Lady Gaga, starting after the agony of her cancelled BTW tour in 2013.

She claimed that she never gave a fuck all along, but with the advent of ARTPOP and forward, her gleeful pop culture dissonance lost some glam and any single fuck that she secretly harbored, deep down in her monster heart. No longer clamoring to prove her artistic validity, 2019 Lady Gaga is somehow winning more than 2009 Lady Gaga could have ever dreamed of. You can see the poise in her eyes, hear the more focused wisdom in her onstage monologues. The peppy girl from the Monster Ball DVD is gone; in her place is a woman who survived PTSD, a broken hip, and a media-driven “fall from grace” and clawed her way back to the top when no one in particular cared to watch.

Two Golden Globes. One Oscar. Four additional Grammy Awards. Her fourth number one Billboard hit, “Shallow.” Performing one of the most critically-acclaimed Super Bowl Halftime shows, ever. A Las Vegas residency that earns her $1 million each and every performance. A burgeoning beauty brand, topping the best-seller lists on Amazon. This all sprouted from her bungle of artistic choices in the mid-2010s that made Gaga a stranger to even her own once alien-like public appearance. Moreover, she’s far more distant from social media now (“the toilet of the internet,” as she says), and in 2019, honestly no one can fault her for that, either.

No garish freak flag is meant to fly forever — in any one form, at least. Can you image 10 years of “Bad Romance” re-imaginings, undoubtedly destined to pale in comparison to that original supernova of macabre sex appeal? It would be a disaster, and ultimately a fate that many pop stars succumb to – producing cookie-cutter replicas of their hit music for years on end. (And, for the record, “Bad Romance” topped out at number 2 on the Billboard Hot 100, so that’s not even a great “peak performance” milestone for comparison all these years later).

“I used to try to wrap my brain as heavy as I could around what I could do to,” Gaga told Oprah in a recent ELLE cover story. “Instead of being shocking (I used to say ‘shock art; or ‘performance art’), I would use the word ‘bemuse,’ which is basically putting the audience in a state of confusion where they can’t look away. I used to just go, ‘What am I going to do next to get people’s attention? You have a much greater mission on this earth than to freak the hell out of people. Your mission is to give people a form of love through your art that lifts them up.’”

Certainly, she still can and does still “freak the hell out of people.” Both veteran little monsters and thinly-disguised haters keep chasing the high of seeing more “Gaga” than “Lady” out there, and even in Gaga’s new era of queendom they are rewarded. Look no further than the Met Gala, her most recent rock-fueled Grammy performance, and Haus Labs photoshoots: In 2019, the public keep eating from her finely-manicured hands when she’s through counting her coins for the day, even more rabid for her “RA-A-AAA” side in this more reserved age.