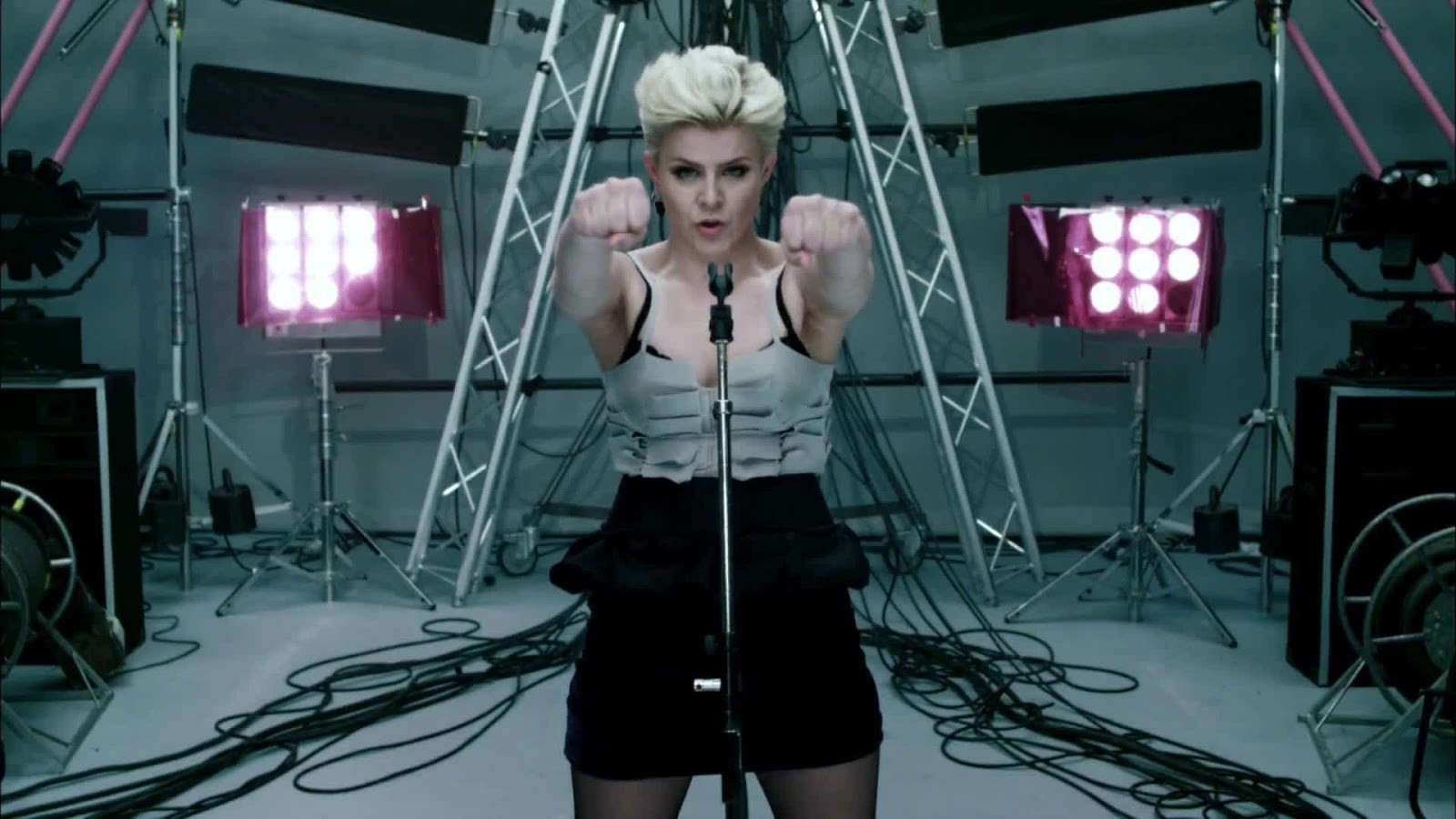 Screengrab
In Decade in ReviewMusicSpotlight

Decade in ReView: Robyn’s ‘Dancing On My Own’ defined our life on the internet

Robyn’s alt-pop masterpiece set the tone for the decade’s greatest passions: A lifestyle of voyeurism and a desire for what isn’t ours

Over the course of a few years back at the start of the decade, there was an old saying way up in the DJ booth of the pill dance night at Great Scott in Allston: “In case of emergency, break glass.” It was often muttered by DJ Ken and I, whenever we’d scan the dance floor and see it not completely full. The call-to-action was simple: Mimic breaking a fire alarm, metaphorically reach into our arsenal of familiar bangers, and spin a track that would pack the checkered dance floor in seconds. A room full of people, all instantly coming together.

Sometimes it was Blur’s “Parklife.” Other times it was “Lights & Music” by Cut Copy. But most of the time, it was Robyn’s iconic 2010 alt-pop anthem “Dancing On My Own,” a song that would go on to define the decade, but with an ironic twist — a song that at first drew us together soon represented how separate from one another we really are.

A cult hit now considered a modern classic, the brilliant “Dancing On My Own” possesses a remarkable ability to deliver its charm on first listen or thousandth listen. It first entered our lives in June 2010, part of the Swedish pop superstar’s Body Talk series, a collection of releases rife with tracks — “Call Your Girlfriend”, “Indestructible”, “Hang With Me” — that would serve massive influence over the electronic-pop template of the years ahead, a time of technological boom where a buffet of Top 40, mainstream EDM, industrial, and underground techno and electro would intertwine to soundtrack the 2010s in ways that infuriated defensive devotees in each corner.

But it was the buzzing vibrancy and shout-along promise of “Dancing On My Own” — its journey from packed indie dance floors to inclusion in pop culture lightning rods like Girls and Gossip Girl to 153 million Spotify spins and 53 million plays on YouTube — that would truly reflect our decade spent not in the clubs, but rather our 10 year stretch spent on the internet. It set a hedonistic tone for how we now live our daily lives.

Robyn’s world on “Dancing On My Own” takes place early morning in a nightclub, just before last call. But for the listeners, it’s a portal view into our decade addicted to being online. It’s a song about longing, a selfish desire, wanting what the other person has; a song about a certain type of internet voyeurism deemed brash and exotic in 2010 but now commonplace as we enter 2020. We don’t just see what the other person has anymore; we insert ourselves into their lives, assuming their place — we mentally live in our friends’ spaces, we take residence in their jobs, their relationships, their successes and shortcomings. Like a buffet table for relationships, we cherry pick what we want from the people around us — rarely thinking much of the entitlement we exhibit. We want the lover someone else has. We envision ourselves with that lover. Our desires are less about love and more about acquisition and conquest, fueled by a type of jealousy made possible by the internet’s culture of over-sharing.

As Robyn stays in the corner, right over here, the shadows that allow her to act a certain way slowly became our internet life through the 2010s. It’s a one-way vision — through a screen, through our feeds, through real life mirrored from something that may or may not actually exist, like the perfect photo visible on Instagram, the first 99 takes abandoned in a phone’s camera roll — that gives us explicit access into another’s existence. And we certainly think we can love the subject of our desire better than our neighbor, because the internet has removed any doubt on our ability. We want, we desire, we attempt to take what’s rightfully ours; whether that be a person in a nightclub or any other target of our needs.

But we don’t always get what we want, because we’re still living in a time where our isolation is what links us together. Robyn’s character in “Dancing On My Own” is trapped in a nightclub, surrounded by everyone but distinctly alone at the same time, music and lights above her, stilettos and broken bottles below her, dancing by her lonesome self in a same way we operate each and every day on social media. We have access to it all, yet live fairly solitary lives. In the 2000s, the missed connections were a funny thing we’d read on Craigslist. In the 2010s, missed connections are what we’ve all become.

We’ve essentially spent the entire 2010s alone in a corner, watching you kiss her, from the nightclub to our bedrooms, and all in between — the commutes, the cubicles, the errands — watching the crowd in front of us, enjoying what we want but seemingly can’t have. We don’t ever turn to look for the other person dancing alone, or to see if someone in a different corner is slowly building the confidence to finally talk to us, because that’s not as exciting as taking something from someone else. And because we’re human, we often have no interest in the person who is interested in us.

And so we stand here, all messed up, so out of line, so far away, but still so near. And as the lights come on and the music dies, we put our devices away, and we’re still unseen, as the greatest song of the decade fades out with a repeated synth line.

“In case of emergency, break glass.” It still rings true. Because in the 2010s, we all just came to say goodbye.