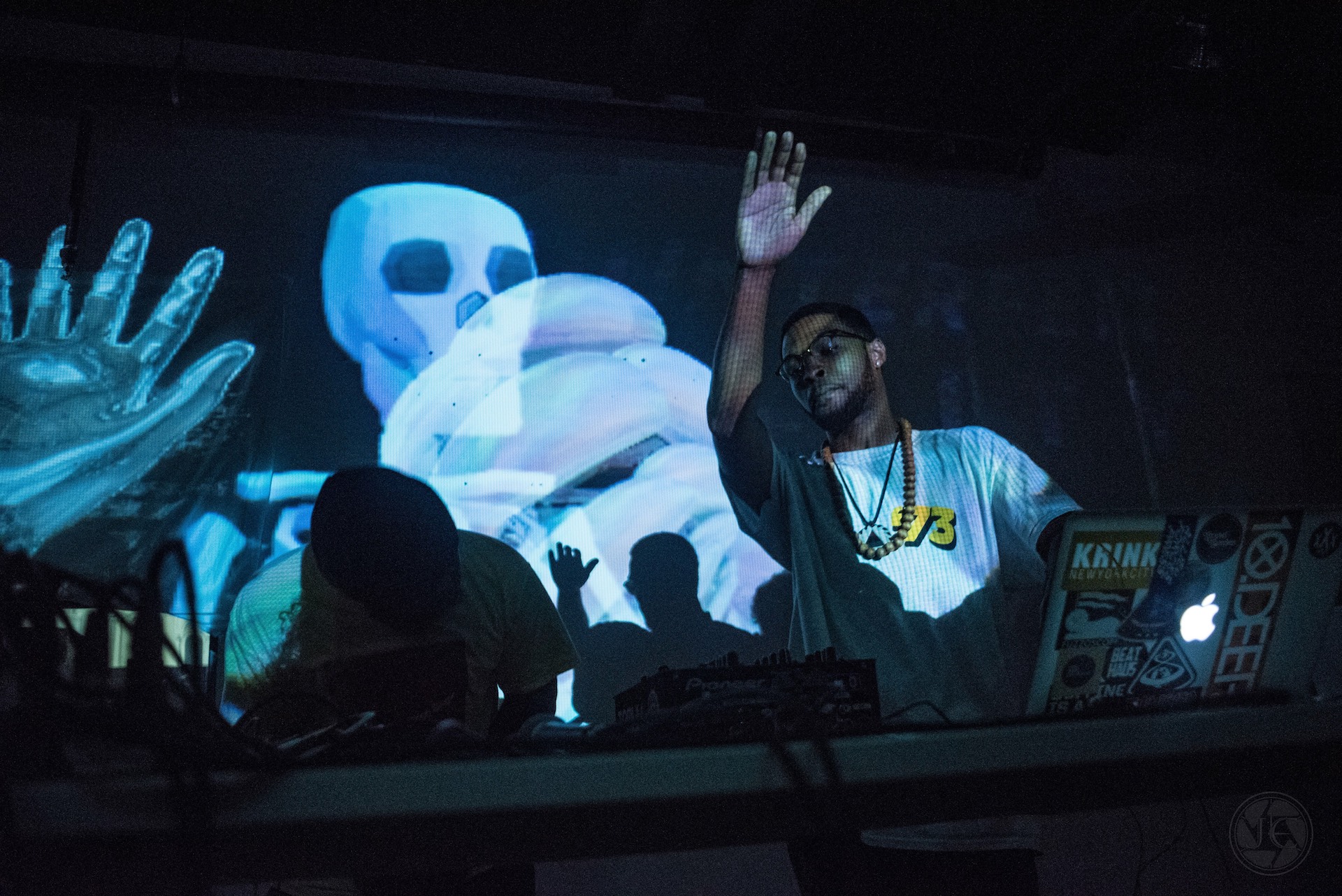 If you put an ear to the ground on Hampden Street — or Commonwealth Avenue, or anywhere in Boston — there’s a rumble under the asphalt that can be traced back to Nightworks. Now two years old, the live beat show series hosted at Backlash Beer Co. is fostering a new generation of beatmakers in the city.

Today (December 5), that community grows with the release of Nightworks’ second compilation album of previously unreleased music, aptly named The Beat Will Always Save Us Vol. 2. Available on streaming services and as an exclusive cassette from Newbury Comics later this month, the new release aims to summarize the sound of artists involved in Nightworks this year, as well as raise money to help the series continue to thrive.

“The benefit is for Nightworks to help raise funds in order to grow and continue,” says Nightworks founder Jake Gilman. “There are a lot of efforts we’re making in 2020 to take it to the next level, and that requires funding! All of these artists have willingly donated their music as an act of giving back and supporting Nightworks. This is just one of the ways we’re pushing to raise capital for the future, in addition to reaching out to potential sponsors and applying for grants. However, the primary intention of the compilation is to commemorate all of the artists that performed at Nightworks this year.”

“The beat community in Boston really feels like a family,” Gilman explains. “There are those of us who have been doing it for a while, that were the obvious choice to perform at Nightworks when it started, but over the last couple years more beat-makers have come out of the woodworks, evolving out of the studio and into the live realm; and others have just started making beats recently, attending every Nightworks show and soaking up inspiration. There’s a real feeling that something special is occurring here and that we’re all apart of it.”

“Newbury’s involvement is based on Jacob/Rah Zen being a great dude and him being at the center of a very special thing going on in town,” adds Newbury Comics’ own Carl Mello. “We trusted him explicitly with every aspect of the project and knew that if it were worthy of the Nightworks banner, it would be more than worthy of a Newbury cosign.”

Put succinctly, Boston’s got the beat, whether you’ve heard it yet or not. And surprisingly, despite the popularity of modern beatmaking as a musical art form, there’s still a huge chunk of the city that hasn’t tuned into Nightworks yet, or tapped into that community in general.

“It’s growing daily, and we’ve sold out our last few shows, but I just played Brighton Music Hall [as Rah Zen] with Daedelus and Great Scott with Vacationer and the majority of both those crowds (who were there enjoying beat music) did not know Nightworks existed!” Gilman says. “Recently, there was someone from L.A. interviewed at one of our shows who said he’s been in Boston for nine years looking for this scene and just found out about our last episode from someone at the Flying Lotus show. Other than that, I wish people who haven’t attended our shows knew how communal, welcoming and loving our crowd feels – there’s a magic to it that from experience I believe is rare.”

There’s other aspects of the genre that keeps it booming in Boston that Gilman cites as well; from Union Sound, a music production boutique and studio located in Somerville’s Bow Market, to locally-based beat podcasts, Nightworks and The Beat Will Always Save Us Vol. 2 are just two pieces of the whole picture – but two enormous pieces nonetheless.

“Beat communities in other parts of the country are looking at us as one of the leaders of live beat culture right now, sending us messages of appreciation and desire to come out and play,” Gilman concludes. “It feels like Boston is becoming a destination for beat culture. Everyone is stepping up their output and working together to push the culture forward.”

Press play on the tape below, and celebrate Nightworks’ official second birthday this Saturday (December 7) at Backlash Beer Co.