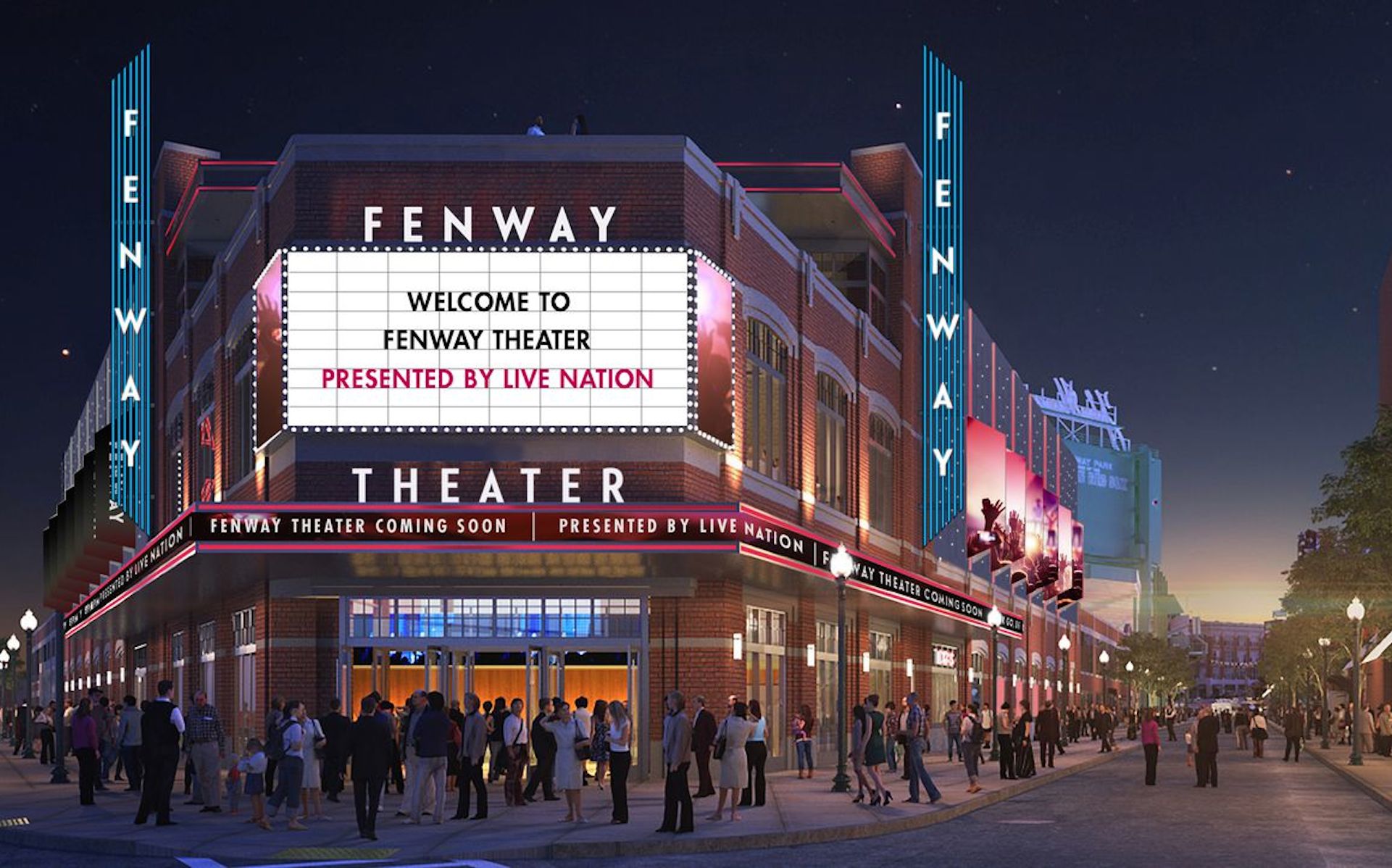 A little over a year ago, news broke about a new “a new, state-of-the-art performing arts center”, billed as the Fenway Theater, set to sprout up in place of a Fenway Park parking lot just over the stadium’s bleachers on the corner of Lansdowne and Ipswich streets. Now, as a ceremonial groundbreaking is set to take place at the site tomorrow (November 22), more details on the project have come into view.

The venue, set to open in the fall of 2021, will be called MGM Music Hall at Fenway.

The venue’s name comes from a partnership with MGM Resorts International, according to a statement released earlier this month. “Fenway Park is among the most iconic ballparks in sports, and MGM Resorts is proud to grow our presence there and build on our tremendous partnership with the Red Sox and Fenway Sports Group,” says MGM Resorts CEO and chairman Jim Murren in a statement.

MGM Music Hall, which will seat approximately 5,000 people, is owned by Fenway Sports Group Real Estate, a subsidiary of Fenway Sports Group, and will be operated in partnership with Live Nation. Booking will be handled by Crossroads Presents, the Live Nation-affiliated and Don Law-managed talent buying agency that books the nearby House of Blues, as well as the Paradise Rock Club, Brighton Music Hall, Rockland Bank Trust Pavilion, and other rooms around the city.

The goal of MGM Music Hall is “to create an epicenter for the performing arts community in Boston” by giving local schools, colleges, and other neighborhood organizations a chance to utilize the space.

UPDATE November 22, 10:45 a.m.: Check out updated renderings of the venue’s interior and exterior, via Elevate Communications.

Check out the venue’s proposed project site via the map below, as well as an early artist rendering from last year’s announcement.