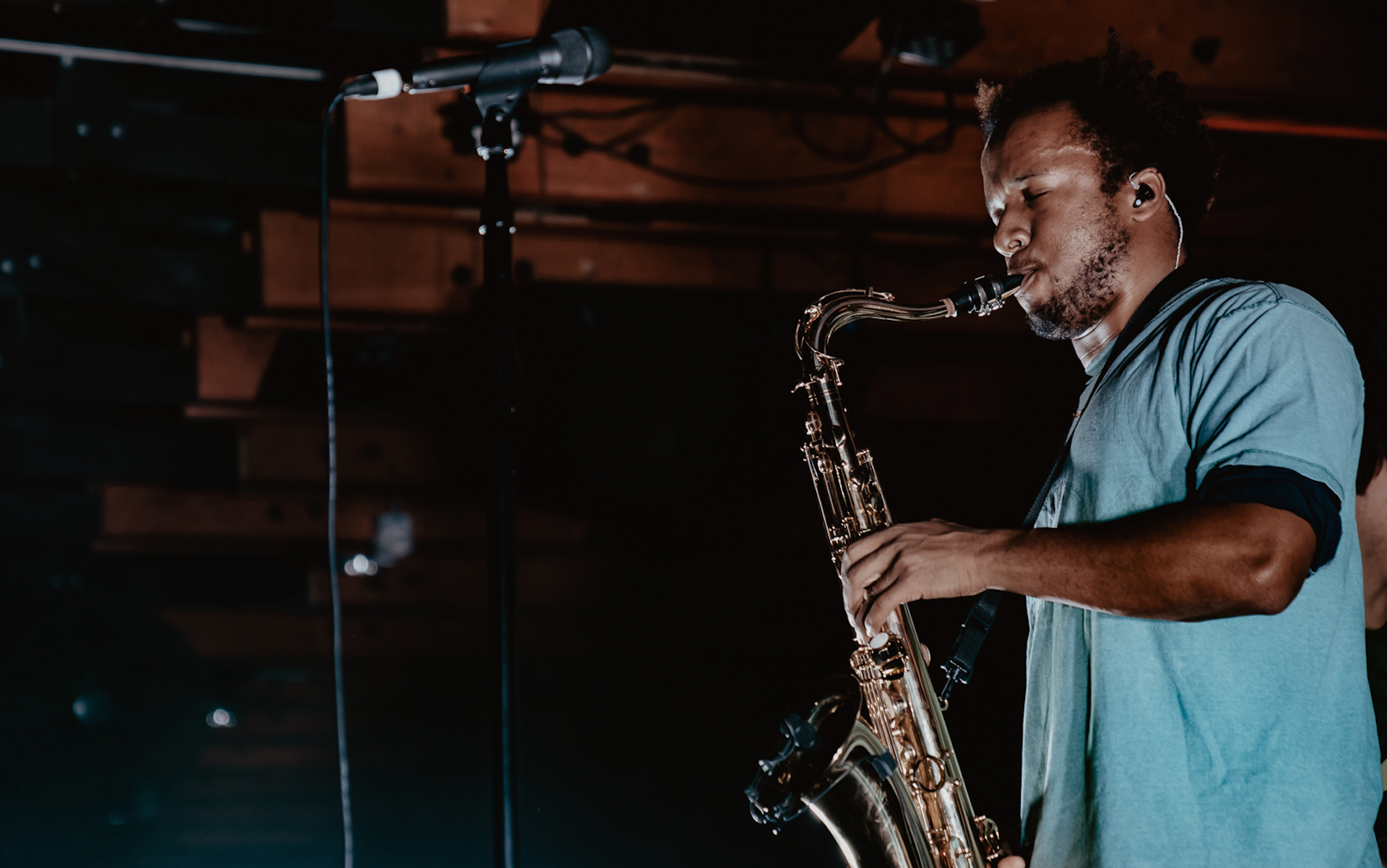 Joshua Karpeh was an “okay” Brooklyn real estate agent as recently as two years ago. Now, most recognize him as alt-R&B multi-instrumentalist singer-songwriter Cautious Clay. The years since have been a whirlwind: Major festival appearances, collaborations with John Mayer, placement on the third season soundtrack of 13 Reasons Why, and breakout hit “Cold War” becoming an indie radio staple (and sampled by Taylor Swift on her track “London Boy”). Basically, if you don’t know him yet, you’re about to.

Still un-signed and still on the rise, the Cautious Clay released his latest single “Erase” on September 13; exactly a month later, he kicked off his Context Tour at Afropunk in Atlanta before heading over to Europe. He returned to the United States earlier this month, and last night (November 19) made a stop at The Crescent Ballroom in downtown Phoenix.

Supporting Cautious Clay on all U.S. dates is fellow Ones To Watch artist, Los Angeles-based Remi Wolf, who in September released her debut EP You’re A Dog! With several dates on the tour selling out, it’s clear they’ll be playing bigger venues next time around. Boston readers would do well to catch the two at The Paradise Rock Club on December 11. In the meantime, check out images from both performances below.