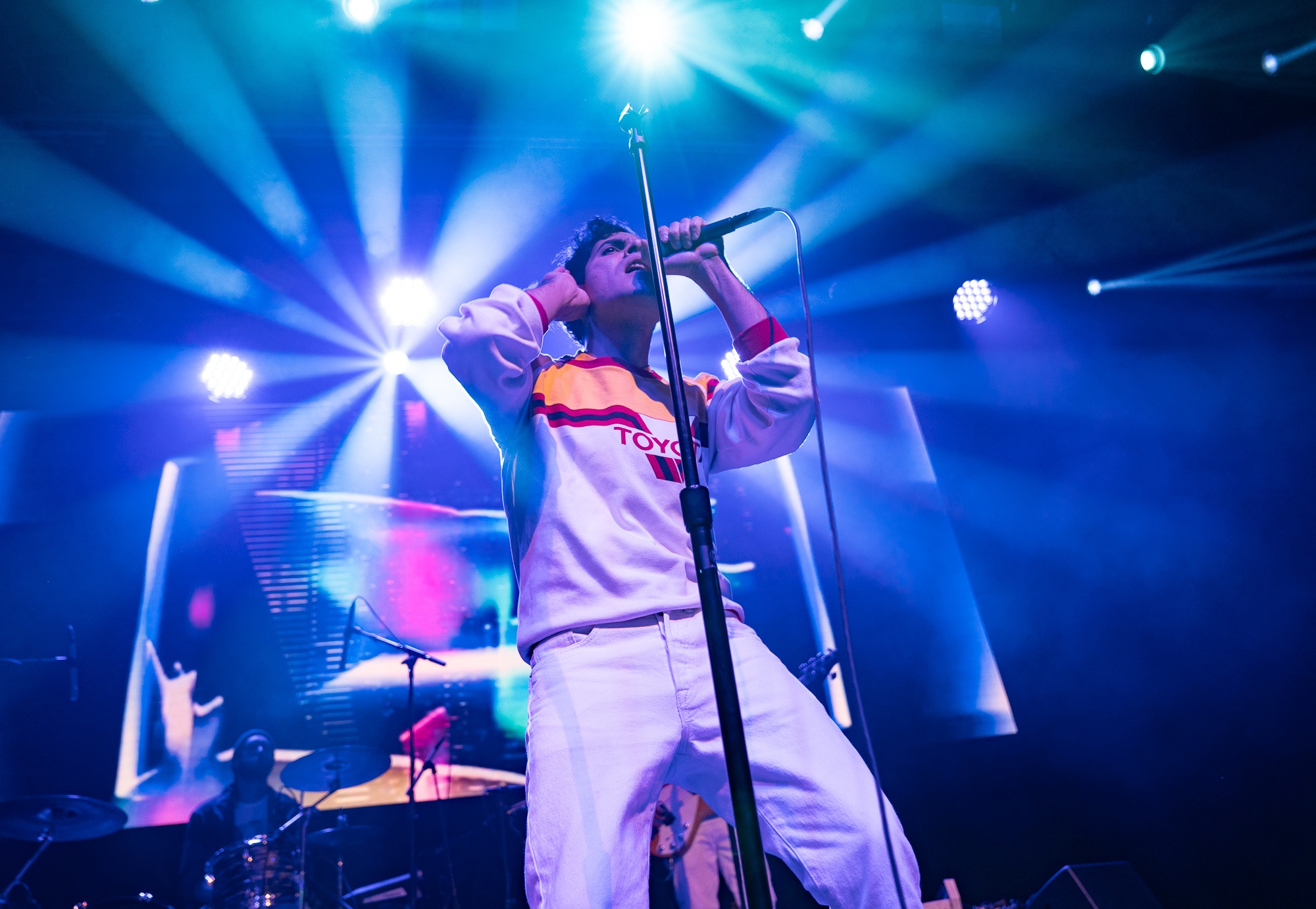 There was something revitalizing about seeing Neon Indian live on Sunday night (November 17) at Boston’s newest venue, Big Night Live. The exuberant locale was practically the antithesis of the band’s more subtle and subdued nature. However, being encased by crystal chandeliers, red leather couches, and conspicuous spotlights seemed to only fuel the facet.

Neon Indian didn’t just come to perform — Alan Palomo came to assist concertgoers in blithely tuning out their problems for an hour and a half. And with an unwavering catalogue full of amenable and catchy hits, it felt completely and utterly natural; Palomo’s charm is irrefutable.

He and his crew, who made it a point to wear to all white, paid homage to the disco sounds that inspired them by imbuing their setlist with the funkiest songs of their career. “Dear Skorpio Magazine,” “Annie” and “The Glitzy Hive” were dance-pop gold when they were recorded, but assume a life of their own when revived onstage.

“Terminally Chill,” one of the earlier songs that sent Neon Indian straight into the limelight, felt slightly languid compared to the raucous nature of “Deadbeat Summer,” “Hex Girlfriend” and “Polish Girl.” Throughout the evening, members of Neon Indian were undeniably performing their hearts out and exchanging smiles with each other so passionately onlookers couldn’t help but return the energy.

But perhaps the most palpable shift is the Mexico-born Palomo using his creative platform to get political. The band’s latest single, “Toyota Man,” is their first single sung in Spanish and serves as a gutsy protest song that sets its sights on Trump’s racist immigration policies (Palomo’s parents even make a cameo in the video for it).

Covers of Righeira’s “Vamos a la playa” and Luis Miguel’s “Ahora Te Puedes Marchar” were also powerful statements in their own right. Palomo admitted he was comfortable with making music that didn’t necessarily center his heritage. But as America continues to show just how polarizing it can be, Neon Indian proves that it’s never too late to proudly embrace who you are.