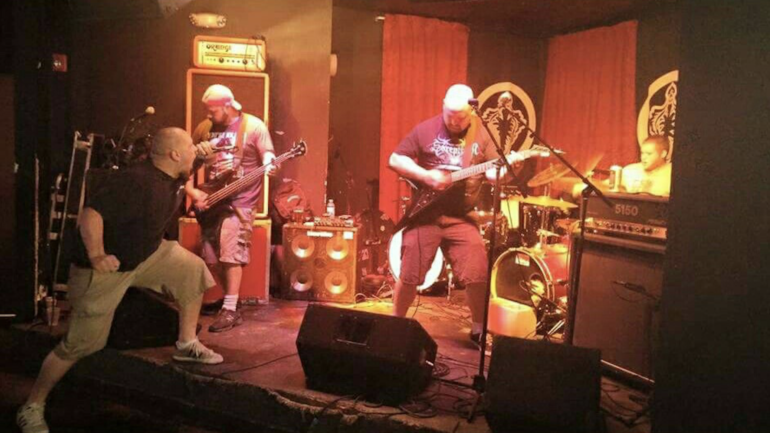 What Studio 52 Says: Worcester locals Dumpster Fire have been leaving remnants of burnt trash throughout Massachusetts since 2011. Singed together by former members of Scaphism, Naegleria, Sacreligion and Wreckoning, this supergroup blends all their talents together to create some awesome music while not taking themselves too seriously in the meantime. With such a great mashup, they produce a unique blend of metal and hardcore to generate a distinct sound of their own.

They gave fans something to incinerate their eardrums with in September of 2012 with the release of The Sex Cauldron EP. This four-track album rips and tears at every corner, throwing listeners between chunky riffs and lead singer Sully’s abrasive and powerful vocals that feel like he’s right in your face, yelling at you personally. Sadly, this is their only recorded work online, so you have to see them live to catch all their other songs.

Luckily, they’re playing right in their own backyard of Worcester at Ralph’s Diner tonight. The show begins at eight, so come warm up with some beers around a nice flaming pile of garbage to make Dumpster Fire feel right at home.

For all the recent Studio 52 Featured Artist pages, tap here.﻿