JPEGMAFIA exudes raw and infectious energy at a sold-out Sinclair 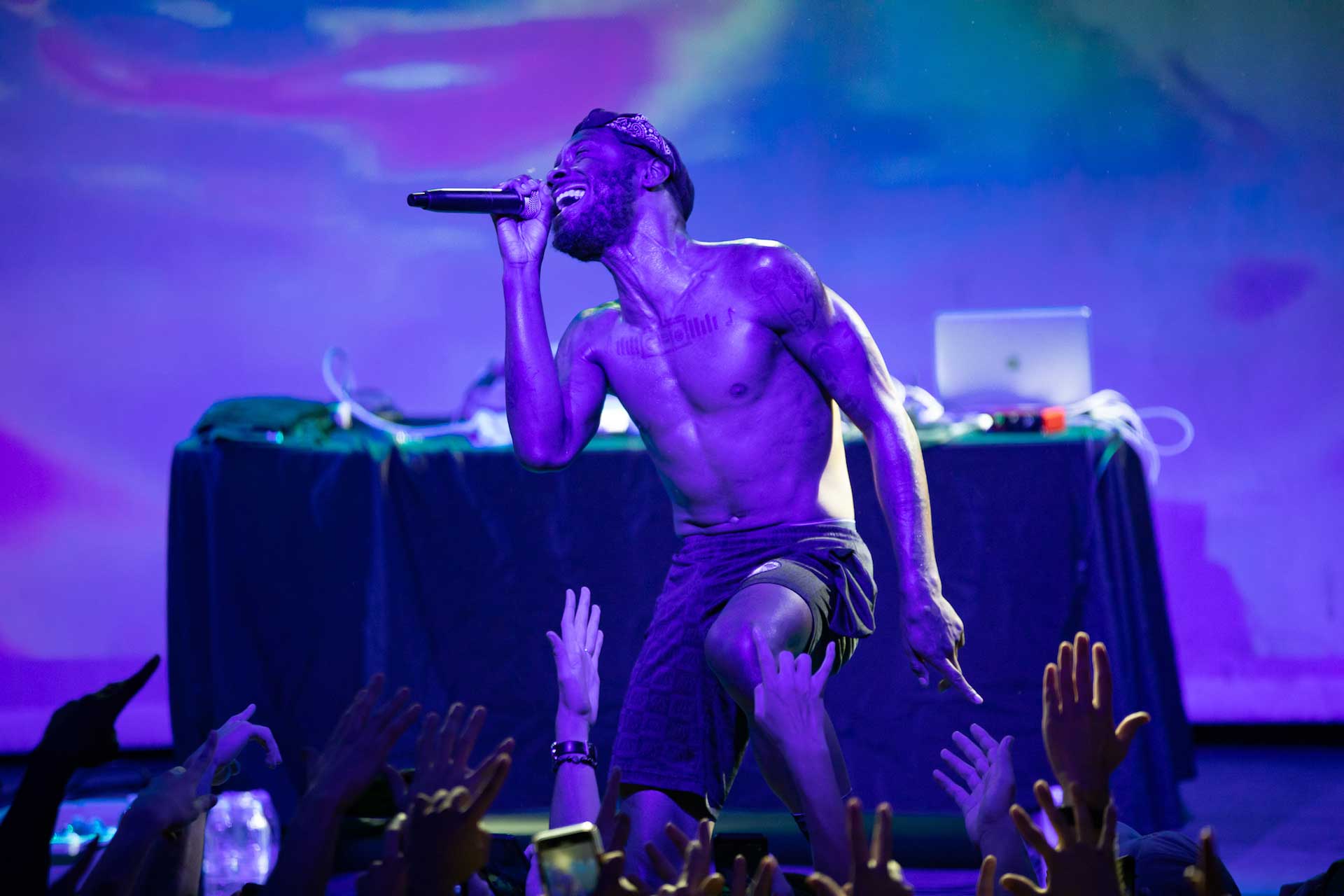 The stamina JPEGMAFIA possesses during one of his live performances is borderline maniacal – a result of his experimental nature. The rapper, born Barrington DeVaughn Hendricks, has embraced elements of punk rock, emo, electronica, and hip-hop to create his distinct and intense sound.

His 2016 debut album, Black Ben Carson, was ripe with the kind of irony and awareness that its title implies. Sonically, it was abrasively intriguing and his bars felt more like spoken word saturated with heavy beats. His latest effort, All My Heroes Are Cornballs, keeps that same kind of energy while still combining the aforementioned genres of music.

All My Heroes Are Cornballs showcases JPEGMAFIA’s melodicism, especially on the album’s title track and his side-eyed snarl of a “No Scrubs” cover called “BasicBitchTearGas.” Onstage, however, any tranquility found in his discography goes directly out the window. Instead, JPEG aims for sheer electricity – and he demonstrated his prowess perfectly this past Monday (November 4) when he made a stop at a sold-out Sinclair in Cambridge.

“My name is JPEG motherfucking MAFIA and I’m really fucking high right now,” he ceremoniously warned the crowd as he began his set. And although his self-confessed inebriated state could have ended in disaster, it only seemed to fuel his creativity. His opening song of the night was “Jesus Forgive Me, I Am a Thot,” which happened to be the first track on All My Heroes… and made for a perfect musical alignment.

Other songs, like “Real Nega,” “1539 N. Calvert” and “Kenan Vs. Kel” were raucous crowd favorites. Onlookers jumped and moshed and flailed and screamed right alongside JPEG; their arms were eager to warmly embrace the artist when he ventured out into the crowd on more than one occasion. JPEGMAFIA’s energy was not only raw and infectious, it was unyielding. In that way, his albums are slightly misleading. On wax, he is dystopian and voyeuristic; spastic yet still decipherable.

But in concert all bets are off – and that’s part of the magic.