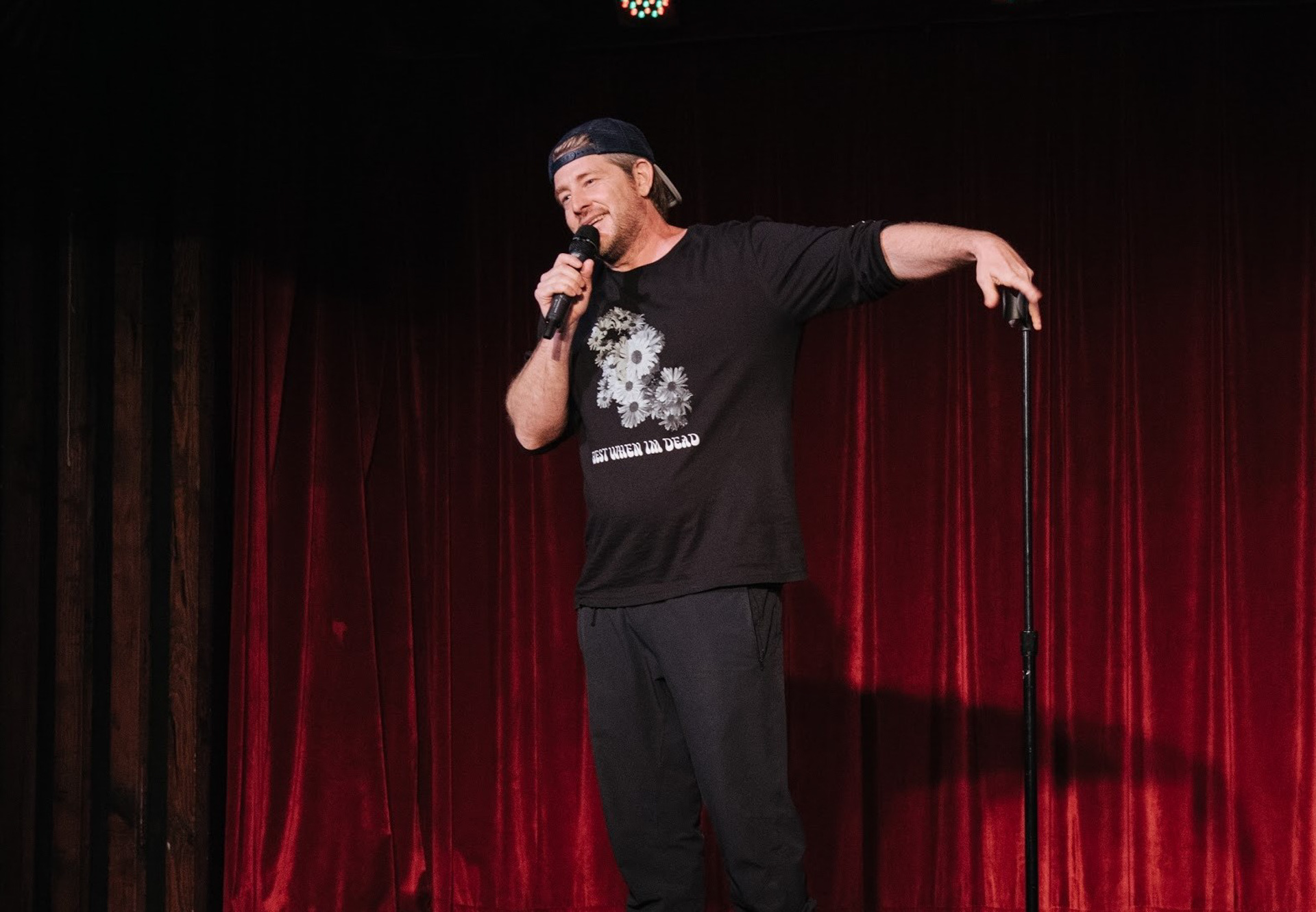 The Medfield native returns to Laugh Boston this weekend to talk about a little bit of everything, with his mom in tow

Maybe it’s the fervent comedy scene, or the overall intelligence of the city. Or maybe it’s the food. Whatever it is about Boston that makes the city such a magnet for him – aside from the fact that he grew up here –Jason Nash is all about it.

Returning to the Laugh Boston stage tonight (November 6) as part of his Rest When I’m Dead tour, the Medfield native is looking forward to coming back home, and not just because he gets to see catch up with his mom, or indulge in the slices of Santarpio’s pizza she’ll have at the ready for him. With his latest batch of stories and jokes, Nash is looking forward to letting his fans in on just about every aspect of his life, from behind-the-scenes stories about working with YouTube sensation David Dobrik, to tales from his life and his kids and everything in between.

“A lot of the material just comes from being a YouTuber and being 46 while working with younger people, as well as a lot of stuff about how David and I met, and being the oldest guy in the Vlog Squad,” Nash tells Vanyaland. “Boston will be, I think, my 15th city on a 23 city tour, and the act has just continued to get better and grow every night, so I’m excited for this show.”

While it may not be obvious to anyone who is only really used to seeing Nash in YouTube videos or on Comedy Central’s Second Chances with Jason Nash, he’s actually been doing stand-up and one-man shows, on and off, for the last 20 years in Los Angeles. In fact, it was one of his one-man shows that was partly responsible for the conception of his Comedy Central movie, Jason Nash is Married in 2014.

Although he has made the majority of his living in front of the camera in various capacities, Nash attributes his continued success to the art of stand-up, and what his time on stage has allowed him to do when it comes to other creative ventures.

“Any time I can go up there and construct a joke, and have it work, it’s so valuable in everything I do, because I can take those jokes and put them into my YouTube videos, where I really get to see what people respond to and what they like,” says Nash. “Take my mom, for instance. Whenever I go on tour, she’s all anyone asks me about, so that gives me ideas about the videos and having my mom do this or that in them. It’s just a great test for everything.”

Whether it’s stand-up, YouTube, or film projects that come his way, Nash has a plethora of creative outlets that he’s utilized over the years. While he enjoys doing it all, that’s not to say it isn’t difficult to balance the opportunities. As vlogging as picked up in popularity, it has become an increasingly intense medium for those that do it and do it well. Even as vlogging can easily take up every minute of his day, Nash knows the importance of getting out there on stage, both for the sake of creative rejuvenation and connecting with fans in a more personal way, as opposed to just reading the comments on his videos.

“I have a lot of people come to me with projects, and I usually say no, but I decided to do this tour because I really love stand-up and wanted to get back to it, and again, it’s just such valuable work for me,” Nash adds. “It allows me to grow my comedic sensibility, and helps me to be more confident on stage and on camera, so it’s so much more than just making money. Not to mention, seeing the fans is really important, and to meet people who tell me that they were sick in the hospital last year and that the videos we’ve made helped them feel better is huge, and it really gives me inspiration.”

He may not have started doing comedy until after he left Medfield, but Nash is quick to attribute his comedic streak to the natural humor that comes with growing up in the Boston area, as well as his family. While he does cite his sister and uncle as being hilarious, sitting at the top of the heap for Nash is his mom, Lorraine, who has been nothing but supportive of her son over the course of his career, and has become a fixture in his now very successful YouTube career.

Nash loves dishing out his material on stage, but his favorite part of the night, whenever he comes home for a show, is being able to bring his mom onstage as part of the Q&A segment to close out the night, in front of a packed room. In a way, it brings his career full circle, and for Nash, that’s as close to perfect as he can imagine it.

“My mom and I have been through so much, and she was the best mom in the world when I was growing up,” he says, “and now to be able to do this, after she was supportive of me through everything when I wasn’t making any money and doing crappy gigs, getting to have her on stage with me, telling jokes and having fun is literally like a dream. It’s absolutely heaven.”