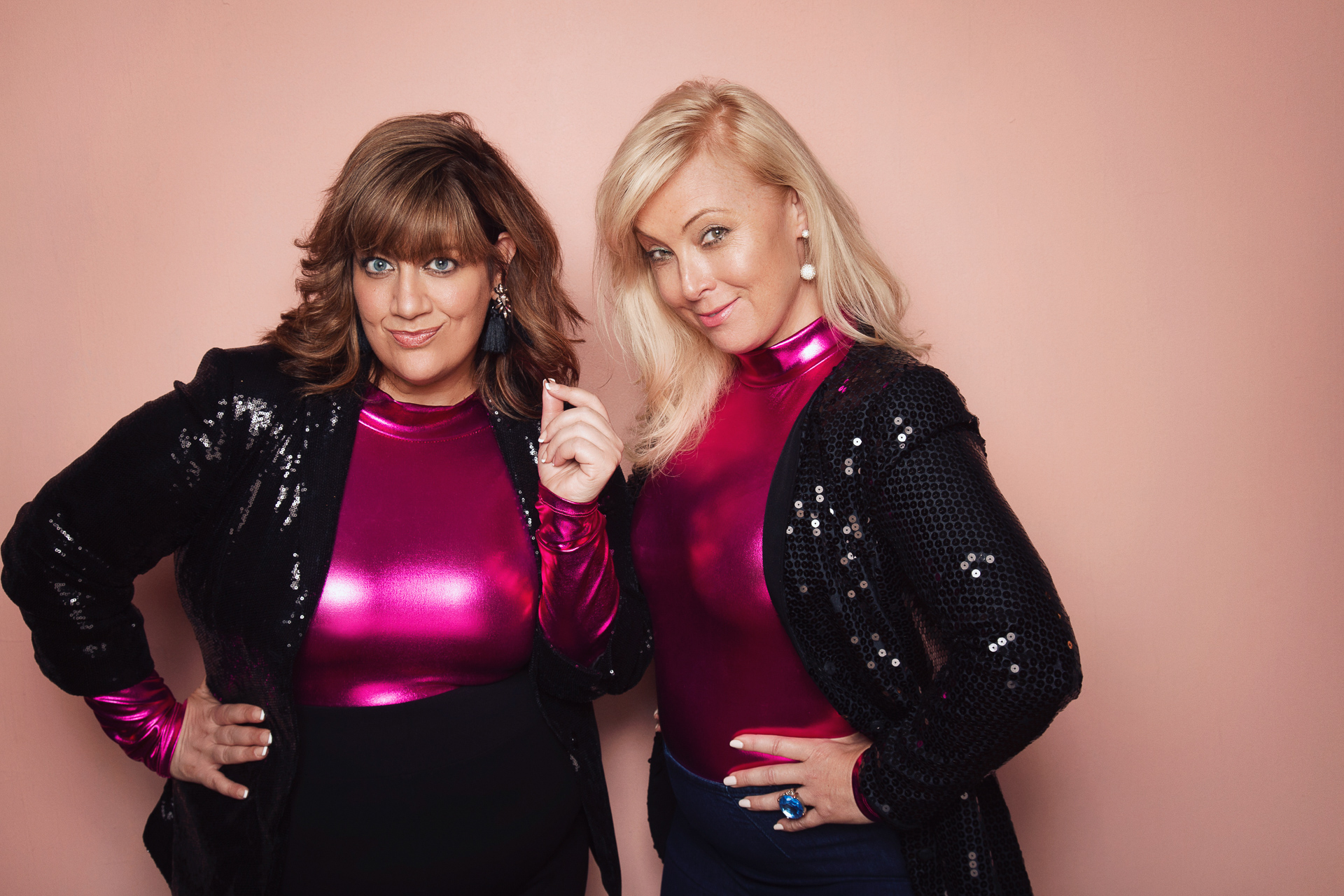 Both Kendra Cunningham and Katina Corrao have created careers in comedy, both together and apart, rooted in many elements — love, relationships, aging, etc. — but the key ingredient has always been fun, and now they’re giving you a double dose of it.

With the release of their double-set stand-up album, Less Bitter, More Glitter, which drops today (October 29), both Cunningham and Corrao bring with them a plethora of tidbits that showcase their largely similar outlook on some of the more prominent topics in their lives.  While they both see the album as a way to support each other’s artistic flairs as women, it’s their nearly decade-long friendship, and respect they have for one another as comedians that ultimately drove them to do this project together.

“We both feel like we have a similar outlook, and we really couldn’t think of a better way to support each other than on this grand scale,” Corrao tells Vanyaland. “That’s not meant in any cheesy way, because we are all about supporting women, but for us, it was really was the ultimate gift of support for one another. It was very much so ‘let’s join forces, and do this awesome album together.’”

With the intention of giving listeners the feeling of being in the club on the night of the recording and putting something out there that could last for a little while, Cunningham and Corrao made it a priority to make the show as fun as possible. While an audio album is what came out of the partnership, the duo initially had bigger plans for what they wanted to achieve with the concept of sharing the stage — and they still do, as you’ll see when they make their way to Laugh Boston with a revamped version of the show in January.

“We had a big idea for a full-scale production that we wanted to do, and as we talked to more people and got the ball rolling, we scaled it back a little bit, but that doesn’t mean that dream has died,” says Cunningham.

The two comedy vets have shared the stage and have had the opportunity to work together plenty of times in various aspects of their careers, but when it comes to working with Cunningham, Corrao’s creative attraction to the Milton native’s comedic approach stretches beyond the fun they have on stage.

“I feel like I’ve probably known Kendra for much longer than I have,” says Corrao. “She reminds me of someone who I could’ve gone to high school with and would be friends, and I think that’s just another reason why it was awesome to come together for this album. I admire her comedic style and outlook, but she’s also just a great person to hang around with, and that just made this album that much more fun because of that fact.”

With their differences in stage presence, as Cunningham works with a more deadpan delivery and Corrao subscribing to a more upbeat, “unhinged” approach, Cunningham feels their differences are what truly make the album that much more fun and exciting to listen to, in addition to Corrao’s talents and their shared philosophy of keeping their material light-hearted.

“Katina is a very unique force, and I was just happy to be sharing the stage with her,” says Cunningham. “I feel like it’s always nice to share the stage with someone who is a little different than you are because you don’t want to crowd to get bored with the same material and delivery for a whole hour, but I feel like, in terms of our base sense of humor, not being mean-spirited comics definitely helped, as well.”

The material they put together for this album is widely relatable, as they intended, but as they soon found out after doing this show in a number of clubs, another big attraction to their material wound up being their ability to keep their time on stage politics-free. Allowing people the chance to escape the barrage of news and politically-charged everyday life for awhile has become a huge driving force in their continued work together, and as far as Corrao is concerned, it’s a way of working that is just getting started, and will help to evolve the show even more as they begin to book more shows into the new year.

“I feel like this is something that isn’t just ending at our album,” says Corrao. “We want to continue doing shows, and sketches, and just to continue that, and develop the show a little bit more, the one overarching feeling I’ve taken away from this is that we’re just so blessed to have been able to do this.”