Photo Gallery: Against Me!, Cursive, Dilly Dally live in Boston 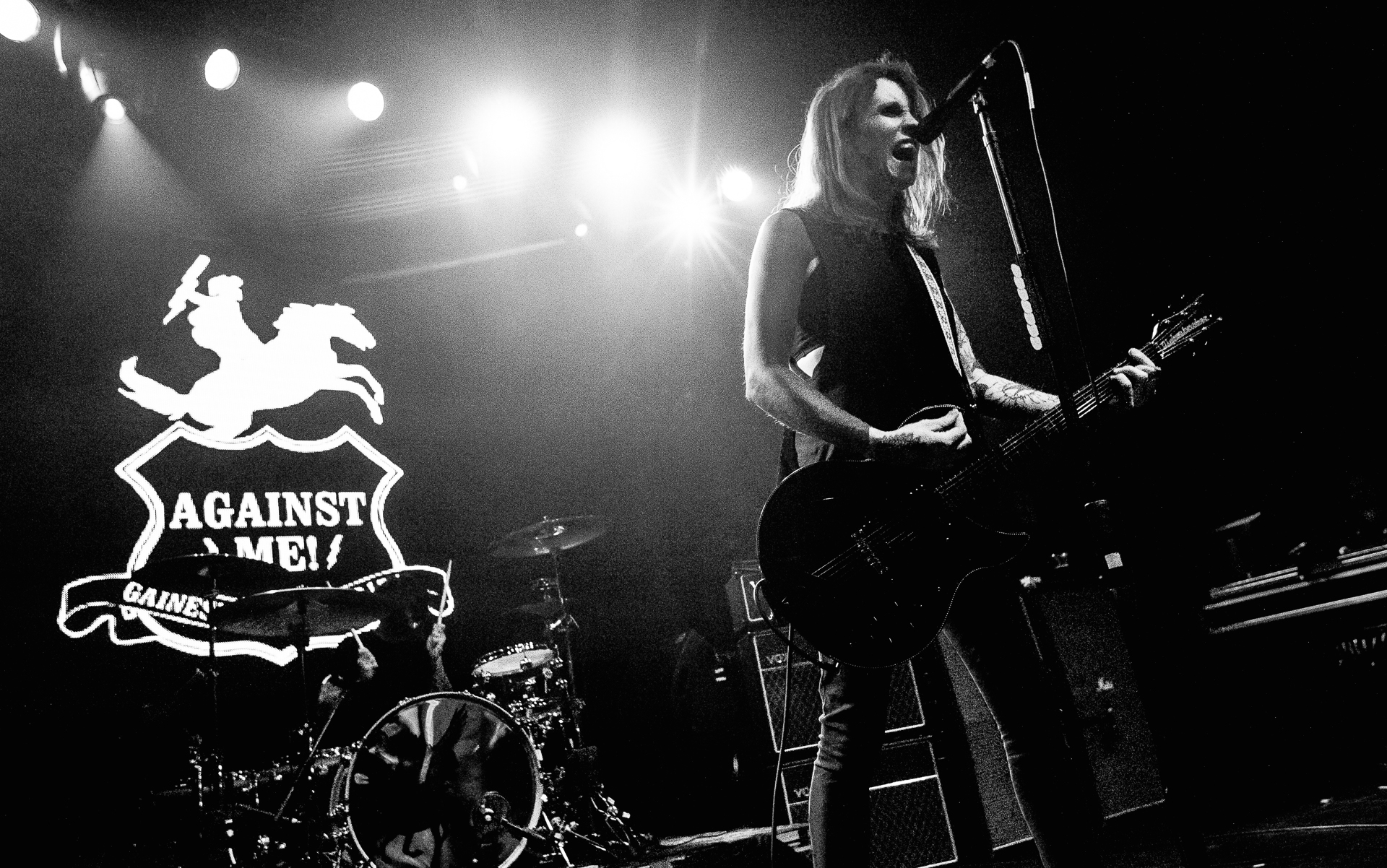 When Laura Jane Grace of Against Me! creates a tour, there’s no dilly-dallying with setting up an excellent lineup. Well… we should say there’s just no messing around, rather, because Toronto’s Dilly Dally are actually opening up the current tour. On the first of two nights at Boston’s Royale (shot last night, October 22, with the second night set for tonight), Dilly Dally’s Katie Monks flashed a sincere smile thanking the stoked, supportive crowd. Her screech-howl voice ripped through the heavy chords and cinematic bass lines of the band; swaying around the stage in a thin white cloth dress, her ghostly presence fit the dramatic tones.

Cursive of Omaha, Nebraska, filled the stage next. The robust six-piece band includes a cello and keyboard, with some horns sneaking in for good measure. “We’ve been a band for about six months,” joked Tim Kasher, “things seem to be going well.” With nearly 25 years under their belt as a post-hardcore band, the distortion heavy sextet brought a robustly layered sound you might not typically find in these openers.

Against Me! are playing in select cities this fall to perform four of their albums from 2005 to 2014. On the first night, thrilled fans in the packed venue sang along to every word of Searching for a Former Clarity (2005) and their major-label debut New Wave (2007) with sweat populating the dance floor. With the first album of the night, Grace joked: “I’m giving you the full 2005 experience by not speaking (to the crowd) and acting sullen.” This return to Boston also sees the return of long-running bassist Andrew Seward, who brought the bass shortly before they joined Fat Wreck Chords (he ultimately left in 2009).

Some songs are rarely played live from these albums, so it was a celebration for the fans — and a moment to reflect for the band. Upon finishing the bouncing bass of “Stop” of New Wave, Grace remarked: “Time has taught me it’s OK to hate that song… and it’s okay to feel funky if you wanna feel funky.” Each track had plenty of voice to carry the torch, regardless of feelings about their legacies. And even after performing two full albums, Against Me! returned to the stage to play four of their fastest, most beloved tracks from their debut album.

The stamina! Everyone left the venue into the rainy evening fully satisfied, and you can flip through some evidence of the night’s festivities below.