Nick Offerman is all about keeping his life, comedy, and travel plans simple 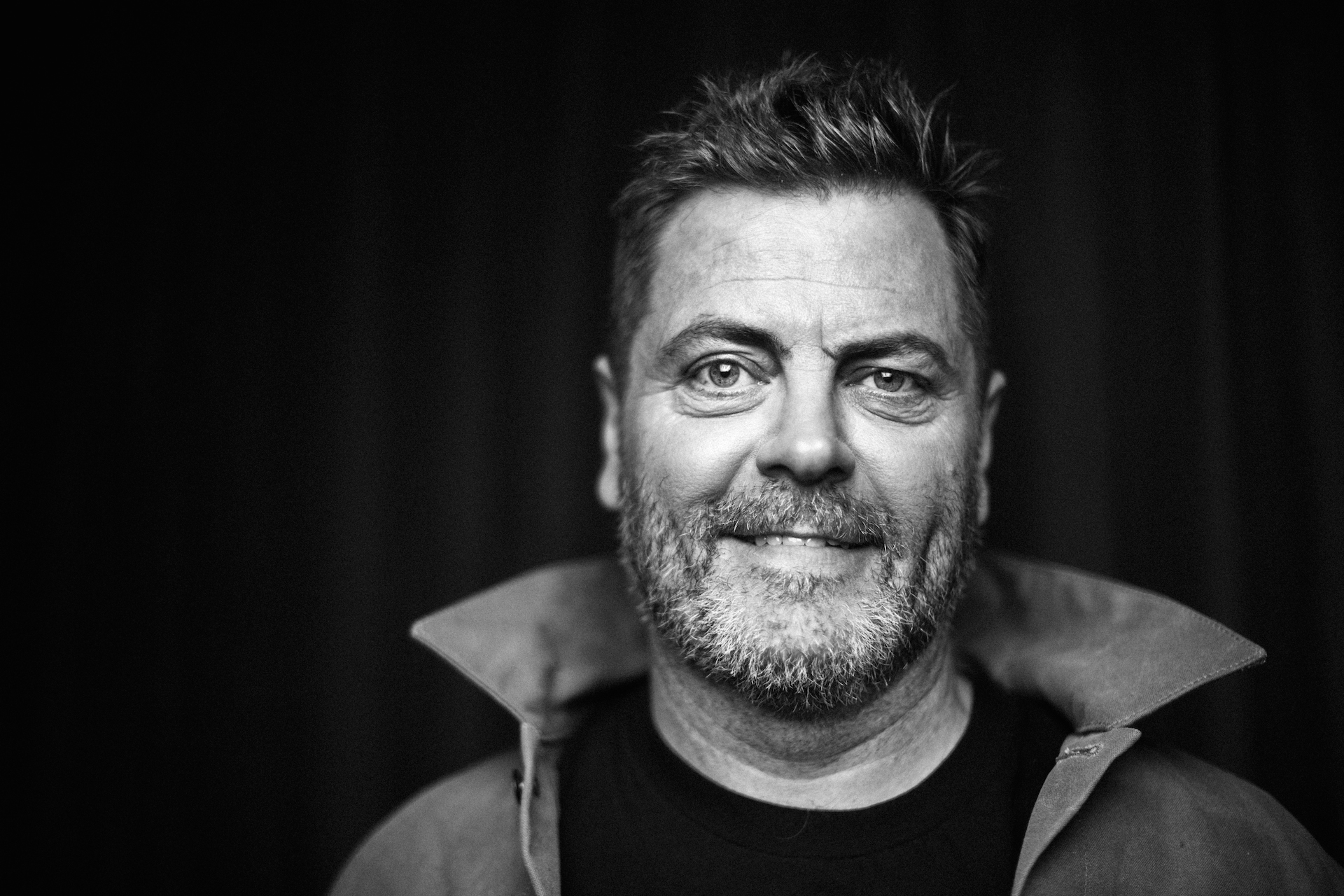 The actor, comedian, author and all-around man’s man brings his latest stash of thoughts and songs to New England this week

For Nick Offerman, it’s inexplicable, really, that he’s being allowed to bring another collection of his humorous and edifying musings to audiences all across the country. But hey, he’s not one to ask too many questions, so he’s going to do it for as long as you let him.

With a brand new show, and seven new songs on the guitar to boot, the multi-faceted comedian and actor brings his All Rise tour to New England this week, first stopping at Medford’s Chevalier Theatre for a two night, two show stint starting on Wednesday (October 23) before heading up to The Capitol Center For The Arts in Concord, New Hampshire, for one night only on Sunday (October 27).

While he’s here, he’s looking forward to imbibing the New England fall weather, as well as some natural landmarks like Walden Pond, but he’s also looking forward to shedding light on the oddity of the human race, a topic he’s found no shortage of material on, even if he doesn’t feel like his joke-writing chops are up to snuff of his fellow stand-ups on the grind.

“I’m not a great joke writer like many of my contemporary comedians are,” Offerman admits to Vanyaland. “Instead, I sort of turn to the great teachers in my life, many of whom use a sense of humor, and I take the pearls that I think are timely, and try to figure out how I can render those nuggets into an evening of amusement. That usually involves addressing what is stupid and fallible about us people, and that begins with me looking in the mirror and saying ‘Oh boy, you’ve got a long way to go, buddy,’ then I expand those ideas and present them to the audience as if I’m talking to myself, and in this instance, it occurred to me to encourage us to all rise, to continue to try and improve our base animal nature, so that one day we might be decent to each other.”

As he brings that message around the country, the Parks and Recreation actor isn’t doing so from the comfort of an airplane, or even in the passenger seat of a luxury vehicle. Instead, stemming from his upbringing in a big family from Illinois that taught him to be self-sufficient, Offerman has taken the wheel of a GMC Terrain himself to deliver his good word to his fans.

While maybe he would’ve preferred a ‘52 Ford flatbed from Hertz, the perks of self-navigation vastly outweigh the drawbacks, as the Parks and Recreation actor’s travel plans ensure that he can indulge in his nature-loving side as he makes his way from city to city.

“Touring rarely affords me the chance to do much culturally, like go to a museum or do something that requires a lot of brain power,” says Offerman. “What’s nice though, is that since I drive myself from city to city, there’s usually some sort of national park or reserve along the way, and the nice thing about walking in nature is that you can choose your portion. You can walk 10 minutes in and 10 minutes out, or stay for two hours.”

Although the Red Sox and his beloved Chicago Cubs are both watching the postseason from their couches, the bitter taste of a less-than-exciting baseball season is not the only thing that keeps Offerman connected to Boston. As a longtime affiliate of the North Bennet Street School, Offerman is looking forward to meeting up with a few of his woodworking heroes and taking a trip outside of the hustle and bustle of the city to breathe a bit of fresh air and take advantage of the simpler things during New England’s signature season before moving on the next chapter of his journey.

“Since woodworkers can’t generally afford rent in the city, it means I get to drive to some rural areas and enjoy some proper chowder and hopefully see some boats underneath some beautiful fall foliage,” says Offerman. “It’s going to be pretty idyllic. My tour of New England will probably resemble a vintage L.L. Bean catalog.”