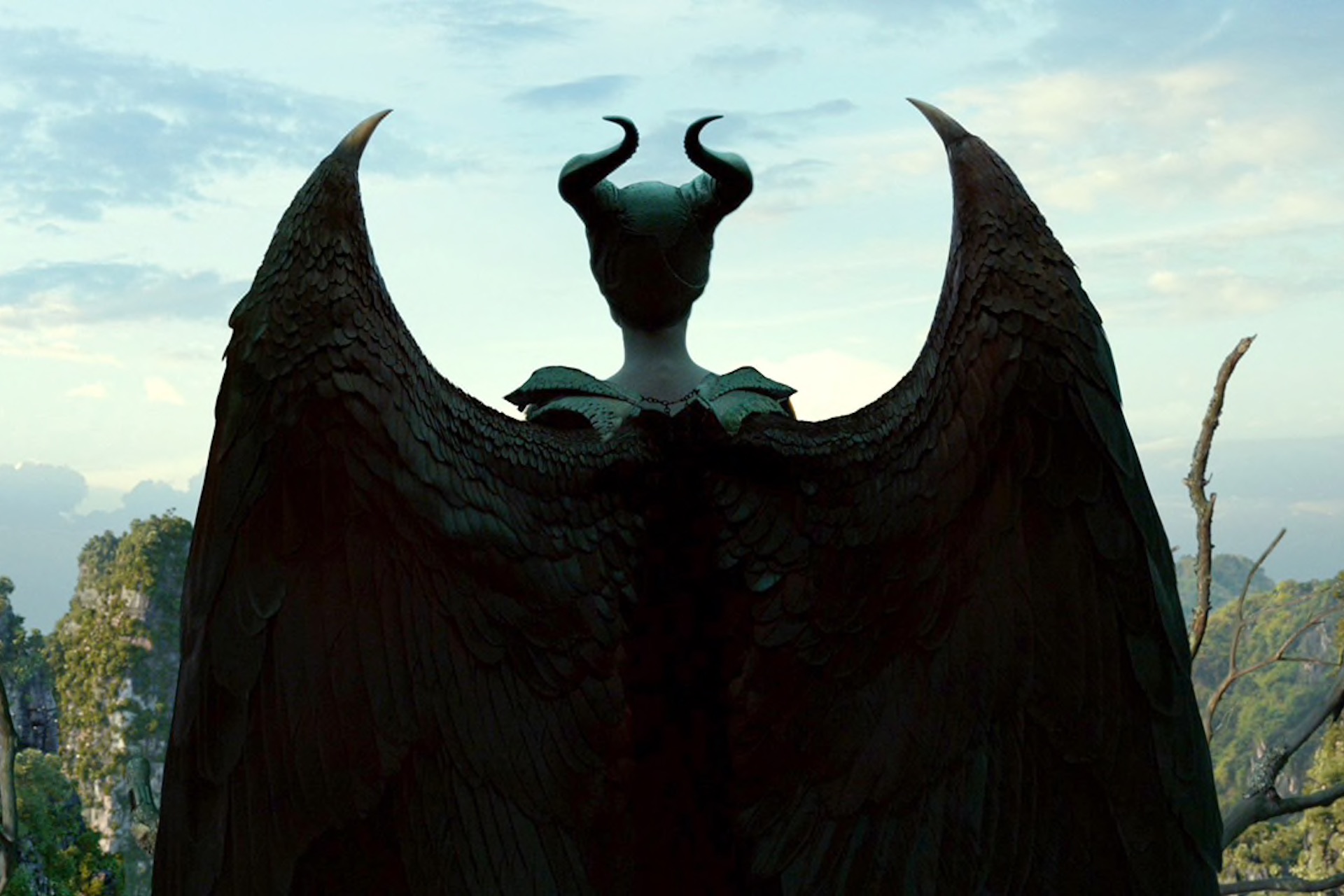 It’s always surprising to find out what types of films unexpectedly resonate with audiences, and it certainly came as a shock to me to find out that, in certain circles, Robert Stromberg’s Maleficent has taken on somewhat of a cult status. That’s a “cult” critical status, not so much in the financial sense, as the 2014 movie made more than the GDP of some small countries at the box office, but there is an audience out there who derived great meaning from that movie. Buried within it is a deeply-felt allegory about sexual trauma, one worthy of feminist analysis and interpretation, and many have already seen to that in the intervening years since its release.

But those trenchant insights are buried beneath an incredibly ugly CGI-heavy visual palette, and watching the film recently, it’s almost like you can hear the sound of the computer fans whirring as they try to prop up this struggling film; and despite the wonderful work of Angelina Jolie (in the eponymous role) and Elle Fanning (as Aurora, the “Sleeping Beauty”), the film’s got some terrible casting at its heart. Why, during this decade, we collectively convinced ourselves that Sharlto Copley was a leading man or big-budget villain, we’ll have to leave to future generations to unpack. So, the sequel, Joachim Ronning’s Maleficent: Mistress of Evil, provides, in essence, a chance to rejigger the entire enterprise, to keep what works (Jolie, Fanning, the revisionist concept) and jettison the things that didn’t (the director, the CGI-heavy visuals, Copley, the blunt self-seriousness of the writing). And, for the most part, it succeeds at doing so: Maleficent: Mistress of Evil goes down significantly easier than its predecessor, despite being a half-hour longer, but it does throw out some of the things that made the original special to some in the process.

Much of that can be attributed to the casting of Michelle Pfeiffer as Mistress of Evil’s villain, Queen Ingrith, mother of Aurora’s beau, Prince Phillip (Harris Dickinson). The young royal proposes to the now-Awakened Beauty at the start of the film, and she, of course, says yes. It’ll merge their two kingdoms — Phillip’s human-centric city-state and Aurora’s fairyland (I’m not going to call it the damn Moors, that’s just too awkward) — and both of their mothers are concerned. Maleficent, who ended the last film as Aurora’s surrogate mother figure, still has her skepticism of humans to get over, thanks to her long-seated anger at Aurora’s father for betraying her, and Ingrith, who, in secret, is preparing her kingdom to go to war with the Fairy creatures and exterminate them wherever they lie. An awkward dinner between the two family goes toxic (basically this Dril tweet, but with magic), and Maleficent flees the castle, under suspicion of having “cursed” Ingrith’s husband, the human king. But as she’s taking flight, she’s struck by an Iron bullet, fired by one of the Queen’s troops, and falls into the ocean, unconscious. It’s there that she’s rescued by one of her own kind, a dark fairy named Conall (Chiwetel Ejiofor), and taken to her people’s far-away homeland, where the long-persecuted fairies are planning on assaulting the mainland. And it’s then that Maleficent and Aurora have to choose whose sides that they’re on.

What follows is a weird parable which replaces the first’s conflict, which was ostensibly about men and women, to a new one about racial purity and genocide. Some may find this gauche, and it’s certainly not handled with any measure of tact — there’s a scene in which the fairy creatures are trapped in a church and are essentially gassed by Pfeiffer’s troops that is enough to make anyone uncomfortable — but it’ll probably be forgotten once the Walt Disney company’s other movie about fascism and racism hits theaters next week. It’s a less-intelligent retread of the first film’s arc in a thematic sense, and may come across as a betrayal to those who found that specific allegory endearing, but on a scene-to-scene level, it’s decently entertaining. The awkward comedy between Pfeiffer, who oozes a villainous frustration with her circumstances and is given plenty of camp opportunities to show off her evil nature (she has to snap a mannequin’s neck in order to get into her secret lair within her castle), and Jolie, whose vampy interpretation of Disney’s invention is still devilishly entertaining, is worth the price of admission, and seeing them hurl barbs at one another across the banquet table lets one imagine a fairy tale take on The Favourite. The supporting cast, which includes the aformentioned Ejiofor, Ed Skrein, Sam Reilly and Warwick Davis, are all upgrades from the prior film, and the only weak link is Dickinson, who may be better in cypher-like roles like his one in Beach Rats than in anything that forces him to have a personality.

But it’s the visuals in which Maleficent really improves over the original, as it ditches the CGI in a number of cases for practical effects and physical sets. Ronning, an experience director who was nominated for an Oscar for his film Kon-Tiki back in 2012, has a fundamental sturdiness to his craft that just typically eludes effects-wizards like Stromberg, and the film feels more cinematic. CGI is just another tool on a filmmaker’s workbench, and when used right, it’s wonderful: Here, it provides a sense of scope and allows Ronning’s visuals to expand beyond their means, but it’s always grounded in practicality. Nowhere is this clearer than in the scenes where Jolie visits the home of her persecuted race, and awakens, essentially, in a giant white nest, stacked with corridors much like a wasp’s or hornet’s. It feels tactile and real, and when the film transitions to an all-CGI image, that digital recreation has a weight to it. There are also plenty of sequences in which Ronning just feels like he’s having fun, such as a Raimi-esque horror scene at the film’s beginning, where a group of humans are pursued by a dark fairy in the woods, evoking both Evil Dead and the opening scene of Game of Thrones.

To be fair, I’m probably overrating this movie, but Maleficent: Mistress of Evil at least separates itself from the pack of Disney remakes and reboots by being an honest-to-god reimagining of its source material and by daring to go to some interesting places story-wise. In a year of lifeless and dull recreations of childhood classics, from The Lion King and Aladdin, this, along with Tim Burton’s Dumbo, manages to stand out by refusing to accept the company line as the word of God (or Walt, in this case). It’s not perfect, but I would be lying to you if I didn’t say that I enjoyed most of this film, and would gladly take more of this instead of expensive, yawning CGI lions any day of the week.