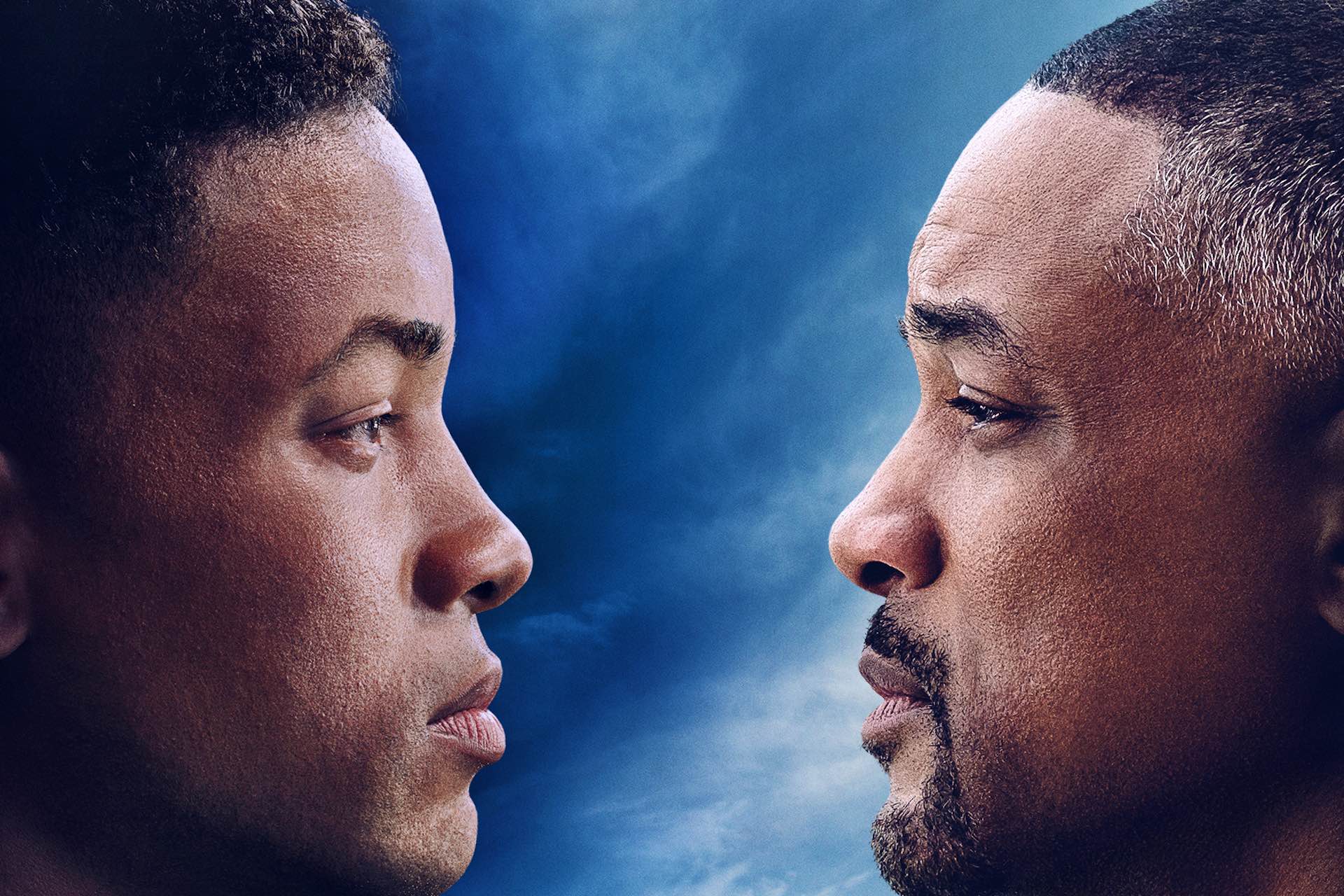 One of the benefits that Ang Lee’s Gemini Man has accrued over its 20-year path to the screen is an organic ‘90s high-concept vibe which any number of throwbacks could try to emulate its tone and never get right. Despite what the po-faced advertising would have you believe, this is a movie stacked with goofy one-liners and equally ridiculous action to boot, containing my personal favorite terrible one-liner of the year early on. When aging and retiring assassin Henry Brogan (Will Smith, a.k.a. The Fresh Prince) is betrayed by his contacts at the fictional Defense Intelligence Agency and nearly killed by their hired goons, he suspects that a fellow agent, Danny (Mary Elizabeth Winstead) might have be responsible, and as such, he breaks into her apartment while she’s asleep and confronts her. As she pulls her service weapon out from underneath her pillow and points it at the intruder, Brogan says,“It’s not gun time. It’s coffee time.” See, Marvel, that’s the kind of incredibly stupid quip that makes me fall in love with a movie every time, and Gemini Man doesn’t disappoint on that front. I was astonished how much I enjoyed this incredibly-competent and incredibly-stupid thriller, though I wish that they hadn’t spoiled the twist in the marketing.

That twist, as you might know, is that, after eluding the DIA agents sent to ice him, Brogan, Danny and Baron (Benedict Wong), his former brother-in-arms and drinking buddy, are pursued by a younger agent who has all the right moves and seems to know exactly where they’re going to be and when they’re going to be there. The hitman, pushed to his limits, finally gets a glimpse of the young man in his rifle’s scope, and discovers, to his astonishment, that a younger version of himself is targeting him. That young man, named Junior (Will Smith, a.k.a. The Fresher Prince), has been raised by one of Henry’s former bosses, having moved into the private soldiering sector with his security firm Gemini. There’s also a deep science division there — I bet you can’t guess what they do — and young Junior has been sent on a mission to eliminate the older man, not knowing who he is or how he’s related to him. He’s been raised from birth to be the perfect assassin, and it seems that the only man who might be able to break through his training and conditioning is the aging Henry, who is suffering from a lifetime of regret thanks to his plentiful list of successful ops. The young Smith is often incredibly well-rendered, though the tech is basically demanding that you pick it apart for any “Uncanny Valley” inconsistencies with real life (his upper lip movements were a big sticking point for me, oddly enough), but the effect works more often than not, and you’d be surprised how much he fades into the background here, just another actor in a Hollywood blockbuster.

Here’s the point where I admit to you that I saw this like a regular old Pleb, and not in the high-frame-rate 3D that Lee wants you to. The action’s solid, at least in 24 frames-per-second, and the director’s clearly doing his best to back up his technological advancements with sound fundamentals. There’s a very well-choreographed action sequence between Gemini Man and Gemini Boy in the streets of a Colombian city, in which the two trade pot shots from their weird high-tech rifles and eventually get into a man-versus-motorcycle struggle, with The Fresher Prince using his dirtbike as another weapon in his already-plentiful arsenal. The film’s darkly-lit and slo-mo assisted finale is also very entertaining in its sheer moment-to-moment competence, and it’s almost enough to make you forget that John Woo should have probably directed this movie, all things considered. Almost.

But, as you might expect, it’s the minutes in between the madness that Lee really excels at, and he’s able to draw out an interesting tension amongst his leads that would elude other directors. Take, for instance, his solid staging during a confrontation between the Wills in a catacomb, surrounded by skulls and bones, and his confidence in both his tech and his performers. The elder Will lists off a series of things that only he could know about the young man’s inner thoughts, but we mainly focus on the younger as he processes, with increasing frustration and rage, that the old assassin just might know him better than he knows himself. It’s the closest Lee really gets to making his case for the technology’s enduring use, and it’s a weird high he can’t quite equal again, no matter how flashy he gets with it.

Much has already been made about the thematic usage of the de-aging tech: Either that Hollywood actors should be afraid of its eventual dominance of the cinematic landscape (though apparently that’s not a fear one should have when letting a filmmaker like Martin Scorsese use the technology in The Irishman), or that Lee’s making a subtle comment on the soullessness of the ultimately hollow copy. Both are ultimately not quite supported by the text itself: the quality of the film’s final scene, in which The Fresher Prince actually looks like a player-generated custom character from NBA 2K19’s MyCareer mode, shows just how far the tech still has to go, and the cost still seems too prohibitive for anybody but the most massive of studios to use it on a very limited basis. As for the other point — the anti-de-aging movie made possible through de-aging — the plot elements that come into play near the end that supposedly support this didn’t really make a compelling-enough case for that to be the takeaway here.

I think Lee is dealing with the more elemental aspects of selfhood here: The precise cocktail of nature and nurture that makes up a personality, and the immutable aspects of our “souls” that unites our past-and-present selves even though, on a cellular level, we’re nowhere near the same person we were those many decades ago. And, ultimately, his film indulges a very basic fantasy, though it’s one typically reserved for time travel stories: iI you had the chance to save a version of your younger self from decades upon decades of suffering, would you take it? And, surprisingly enough, Gemini Man answers that question with a smart verve.