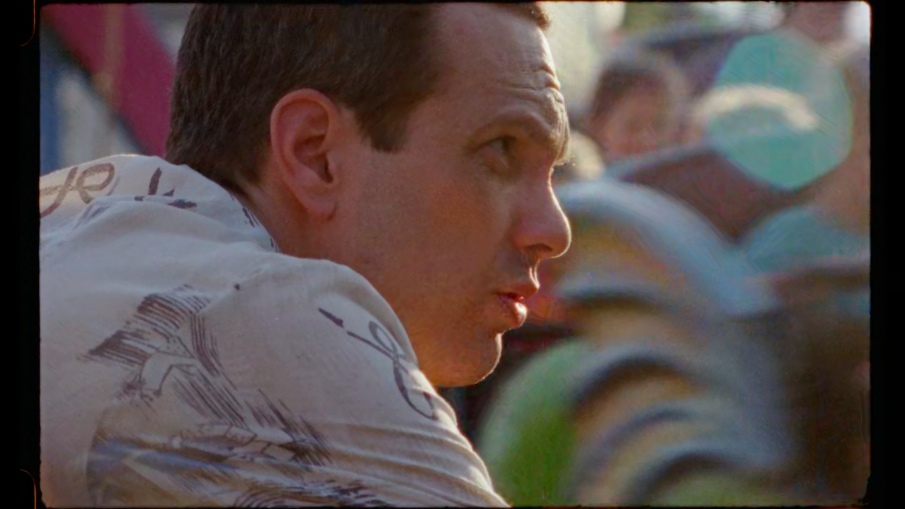 We’re only a few days into October, and we’ve already been blessed with two essential electronic-pop albums from Kim Petras and Chromatics. By the time the month concludes, we can add Black Marble’s Bigger Than Life to our autumn playlists, as Sacred Bones Records is set to release the latest LP from the Brooklyn project on October 25.

A unique tone for Bigger Than Life has been set today (October 3) with the release new single “Private Show,” which surfaces complete with a music video directed by Ben Joyner and filmed on location at a country fair environment in Neshoba County, Mississippi. There’s a rodeo, horse races, concerts, amusement park rides, and carnival games… oh my.

“‘Private Show’ strongly reflects the themes of solitude vs. community and counterbalancing the desire for personal recognition against the feelings of safety and anonymity derived from surrendering to something bigger than oneself,” says Black Marble’s Chris Stewart. “The characters of ‘Private Show’ all have a choice to make, whether to be fully themselves at the expense of their community or seek the embrace of the group at the expense of their agency. In the end the narrator feels destined for the path of solitude yet makes an effort to find another kindred spirit for the journey.”

Catch Black Marble live at Club Congress in Tucson on November 5 and then in New England on November 19 at Space Ballroom in Hamden, Connecticut.