Fantastic Fest Review: ‘Knives Out’ is a smart and fun mystery 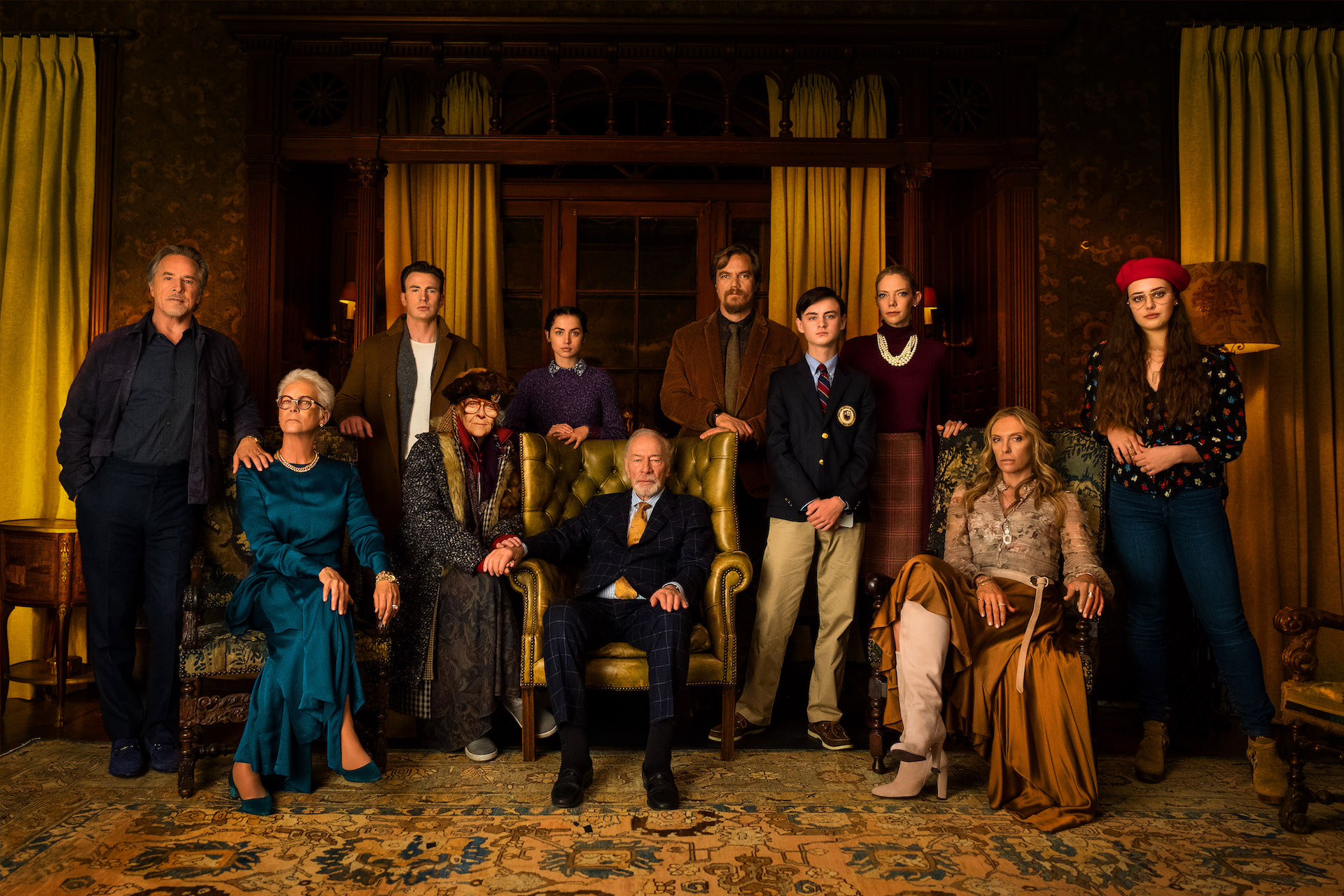 Editor’s Note: Vanyaland’s Nick Johnston is down in Austin all week long for Fantastic Fest 2019; click here for our continued coverage from the fest and also check out our full Fantastic Fest archives of past coverage.﻿

Much like James Mangold’s Ford v Ferrari, Rian Johnson’s Knives Out is a studio-wrapped Thanksgiving present to America’s parents, looking for holiday viewing with their assembled brood that won’t totally patronize or alienate them. You’re sure to hear a whole lot of the Downton Abbey crowd exclaim that they “don’t make them like this anymore,” even though they kind of do, just in other formats, but there is something to be said about this kind of mid-budget adult-oriented picture returning to the multiplex. A deliberately old-fashioned “whodunnit” that plays with the form of the genre while also reinforcing its tropes, Johnson’s film is a lot of witty fun, crafted smartly and handsomely-acted, though it’s not without its issues. It’ll make you incredibly excited for Daniel Craig’s post-Bond career, that’s for sure.

It’s been roughly a week since famed mystery novelist Harlan Thrombey (Christopher Plummer) was found dead on the top floor of his sprawling Massachusetts mansion after celebrating his birthday with his assembled friends and family. The writer was found with his throat cut in his study, lying on his couch, and the police (Lakeith Stanfield and Noah Segan, the film’s secret weapon) believe that it’s a suicide, given all available forensic evidence. But some unknown party has hired Benoit Blanc (Daniel Craig), a southern-fried “gentleman sleuth,” as he was called in a New Yorker profile, to do his own investigation alongside the police, and he’s assembled the partygoers for questioning.

There’s Linda (Jamie Lee Curtis) and her husband Richard (Don Johnson), the latter of whom Harlan had discovered some incriminating information about; there’s Joni (Toni Collette) and her daughter, Meg (Katharine Langford), who mooched off Harlan in the wake of her husband’s death, and might have embezzled some funds along the way; and there’s Walt (Michael Shannon), who ran Harlan’s publishing company, though his employment status was a bit… up in the air until Harlan passed away. There’s also Ransom (Chris Evans), Linda and Richard’s son, who was seen storming out of his grandfather’s office the night of the party, but no one really knows where he is, anyways. One thing is clear to the detective, though: the solution to this case all depends on the knowledge of Marta (Ana de Armas), Harlan’s nurse and only true friend, who may know more than she’s letting on.

The upper-crust New England that the Thrombeys and their ilk inhabit is smartly designed by Johnson and his team, and photographed beautifully by the director’s longtime cinematographer Steve Yedlin. It feels like a pulpy paperback brought to life in style and substance. The ensemble is clearly having a lot of fun with this material, especially Evans, who is clearly relishing the chance to play a heel, but it’s Craig who makes the best impression. He chews so much scenery every time he’s on screen that you’d expect he’d have indigestion for months afterwards with all of the old New England mansion stuck in his small intestine. He has gut-busting line after gut-busting line here, including a late-film monologue about donut holes that is destined to be quoted for years to come. It’s always wonderful to see him lean into humor, as his work in films like Logan Lucky or in Spielberg’s Tintin, and I hope this trend continues after he finally leaves the Bond franchise behind. But you’d be surprised how little of the film’s focus is on him: he’s merely a part of the ensemble, and if the film had an actual honest-to-god protagonist, it’d probably be de Armas, whose P.O.V. is presented to us in an forthright way from the very start (via a very funny and well-written character quirk). She’s fine — an innocent stuck in a difficult situation — but there are moments when one wishes she was just a bit more dynamically-written and/or witty, as opposed to strictly being reactive to the stimuli around her.

One might guess her character was limited because Johnson worried his film was getting too funny, and he wanted to ground the film somewhat in the modern-day with a believable set of stakes, but I kind of wished that Knives Out would have just totally embraced the Clue route (and, sadly, I’m not a huge fan of Clue in practice, so I would have loved a genuinely and consistently funny whodunnit). That’s a genuine shame, because there’s an incredibly satisfying screenplay beneath it, though it does occasionally falter. The second act does drag a bit, and any time the writer/director attempts to fully engage with the modern world via discussions of politics or Twitter or whatnot, you can feel him straining for some sort of relevance, perhaps when a lighter touch might have been more appropriate. His films have only ever been thematically political, really, and to see him attempt to engage with these weighty issues directly is a bit of a bummer, given its inelegance. Having the characters outright debate Trump’s election feels just too on-the-nose, as the messaging already exists in the simple construction of these characters (there is one great recurring gag about the Thrombeys never quite knowing where de Armas is from, despite their willingness to use her has an object in their arguments). But perhaps that’s simply the benefit afforded to authors like Christie, whose immediacy and urgency has faded into the background as time has slowly advanced, concealed behind her plot and character construction.

Happily, Knives Out pays off extraordinarily well, with its final half-hour being a swell mixture of revelation  and satisfaction, and there are some wonderful moments near the end that reward those attentive enough to stay fully alert and aware through the second act. It’s not, perhaps, the home-run that some might have hoped for after The Last Jedi, which I still think is one of the best blockbusters of this decade, but it is a lot of fun and demonstrates, yet again, that the filmmaker who made Brick hasn’t been spoiled by success. I’d gladly watch a dozen more of these, especially if the only old-school whodunnits on the horizon are going to be huffy affairs pitched directly at the PBS crowd, and Johnson’s more than clever enough to craft himself solid sequels. Knives Out will hopefully prove to be the start of an interesting franchise, one that we’ll see more of over the next decade, but if it proves to be all we see of Benoit Blanc, it’ll still make for great Thanksgiving viewing.