‘Ad Astra’ Review: Brad Pitt’s so cold out in space 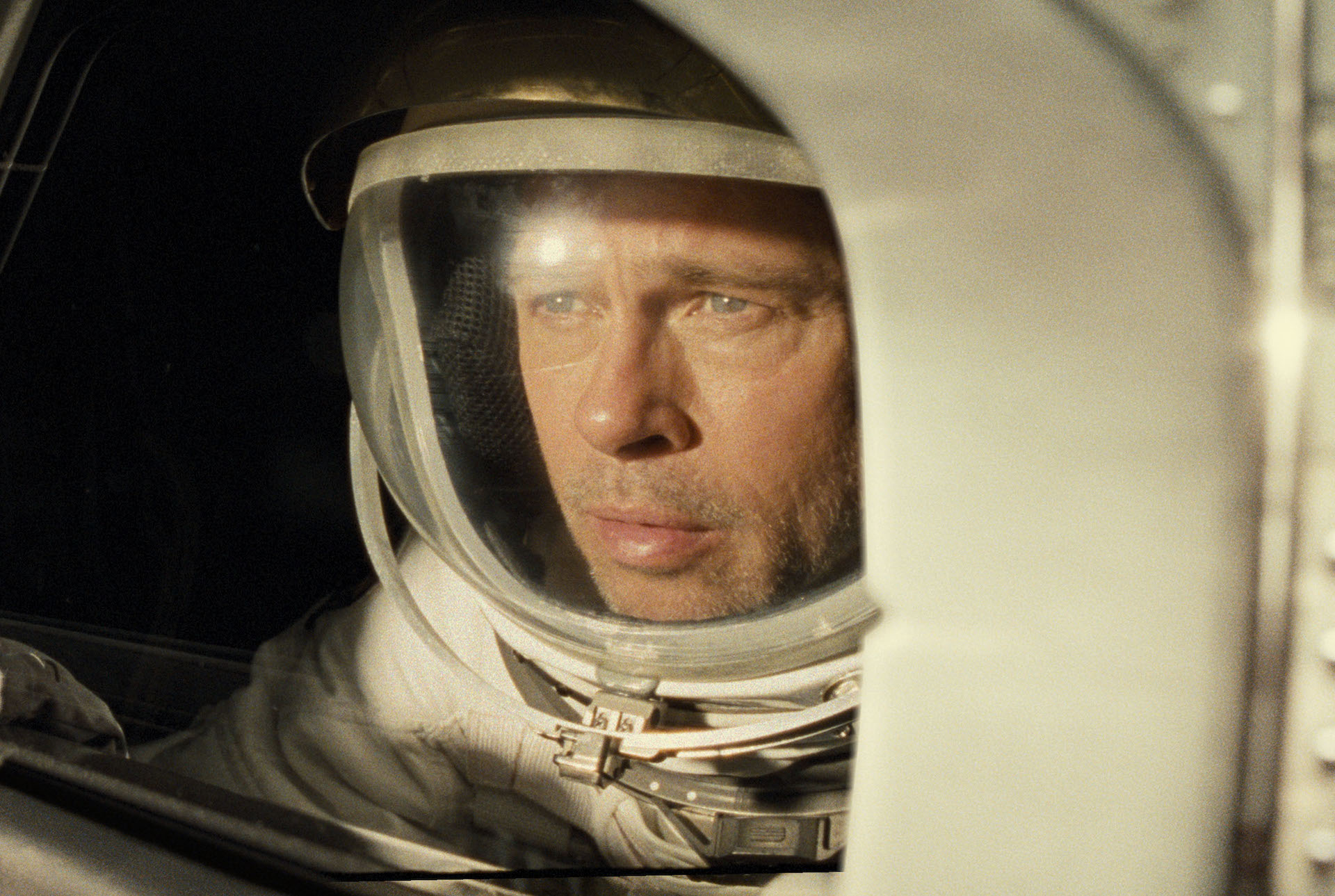 The immaculate beauty and visual composition of James Gray’s Ad Astra is at times overwhelming as it conveys the simultaneous vast infinity and isolation of outer space. Yet, at every turn, it feels undone by the film’s own refusal to form emotional connections with anyone — whether it be the characters on screen or the audience themselves. Set in “the near future,” Ad Astra is the story of second-generation astronaut Maj. Roy McBridge (Brad Pitt) who is conscripted for a confidential mission to find his missing father, Clifford (Tommy Lee Jones), who had disappeared in the proximity of Neptune decades earlier. Presumed dead, the government believes that against all odds Clifford may still be alive and that Roy might be the person who can reach him.

Through voice-over narration, Roy tells us his father left him to explore the furthest reaches of space when Roy was just 16 and disappeared entirely when he was in his 20s. Wanting to follow in his footsteps, but not wanting to curse a family with the same burden of an absentee patriarch, Roy has never married and has undergone years of intensive training to compartmentalize his emotions. In fact, Roy is only chosen for the mission not because of his emotional connection to his dad, but his near lack of them — following a near death experience atop an atmosphere-breaching antennae Roy’s vitals remained completely static (his pulse never rising above 80). In private psych evaluations he seems positively numb, yet Brad Pitt conveys a deep, repressed agony behind his eyes — weariness that comes only from a lifetime of holding back tears.

But in the process of telling this story about grief and detachment, James Gray leaves us cold. Ad Astra is a film so much about isolation that it seems unwilling to bear itself to the audience. There are many who have found this a selling point, and it’s frustrating for me to look at this movie and say “the detachment is the problem” when there have been so many other films about similarly depressed characters in which I love. Rather, I think the issue is not necessarily the lack of openness, it’s the lack of thematic ideas beyond one note musings on grief and fatherhood. As much as cinematographer Hoyte van Hoytema is able to craft these astounding visuals, Gray is unable to fill them with the depth they demand.

Compare to a filmmaker like Claire Denis, whose characters are almost always like Roy McBride — psychically wounded, emotionally repressed, always lost in their own thoughts. And yet she always contrasts the pain on the cusp of boiling over with the political injustices of society and the human instinct to form bonds wherever they can find them. The obvious comparison here is her own space movie, High Life, which debuted in the U.S. earlier this year. Robert Pattinson plays a murderer imprisoned in a space station along with other criminals — condemned to spend the rest of their lives in orbit. They are unable to have intimate relations with one another, although are welcome to use a masturbation machine (quite literally called the Fuckbox). They are experimented on by the crew leader played by Juliette Binoche. They are victims of a prison industrial complex, yet many are themselves vicious criminals. They feel the isolation of space, the loneliness, and it boils over into rape and assault. In style and mood, High Life and Ad Astra seem a natural pair, and yet it’s only the former that seeks to interweave these varying elements of human nature together to inform the isolation of its characters.

It doesn’t even need to be space movies, I think of Isaach de Bankolé in Denis’ debut feature Chocolat, as a black houseboy in Cameroon who finds himself in a tense love triangle with his white mistress. His performance is nearly silent, yet the agony he feels is the heart of the film — he like Roy McBride is emotionally destroyed by his need to repress his feelings, however here it is complicated by colonialism and white supremacy that cheats and crushes him, and adds graver threat to the marital infidelity at the center of the plot.

And yet Gray seems to only hint at these types of societal factors. When Roy visits the Moon it has been transformed into a consumerist shopping plaza with all our favorite brands on display — Applebees, Subway. Commercializing the moon is a long tread sci-fi trope, but I couldn’t help but think of Futurama’s version where Earth’s satellite has been transformed into a rinky dink amusement park. The bureaucracy of Ad Astra’s world also manifests itself in emotional control, where astronauts are given daily mood stabilizers and posters for crisis counseling are layered throughout the set design, hinting at the graver mental illness this space-based society has create.

What’s also distracting is Gray’s insistence on wearing his influences on his sleeve a little too much. Structurally, the plot is Apocalypse Now/Heart of Darkness with the protagonist’s dad in the Col. Kurtz role. And there’s the customary sci-fi odes to 2001: A Space Odyssey and Solaris, films whose images respectively fill me with overwhelming dread and grief. In the end, there’s no way to beat around the bush that in Ad Astra I found myself bored. While I think Ad Astra may very well connect with others (and I hope it does), by the time Roy and his father are reunited they’ve already made their respective peace with their separation. The stakes have long disappeared, and only the emptiness remains.