Studio 52 Featured Band of the Week: The Freqs 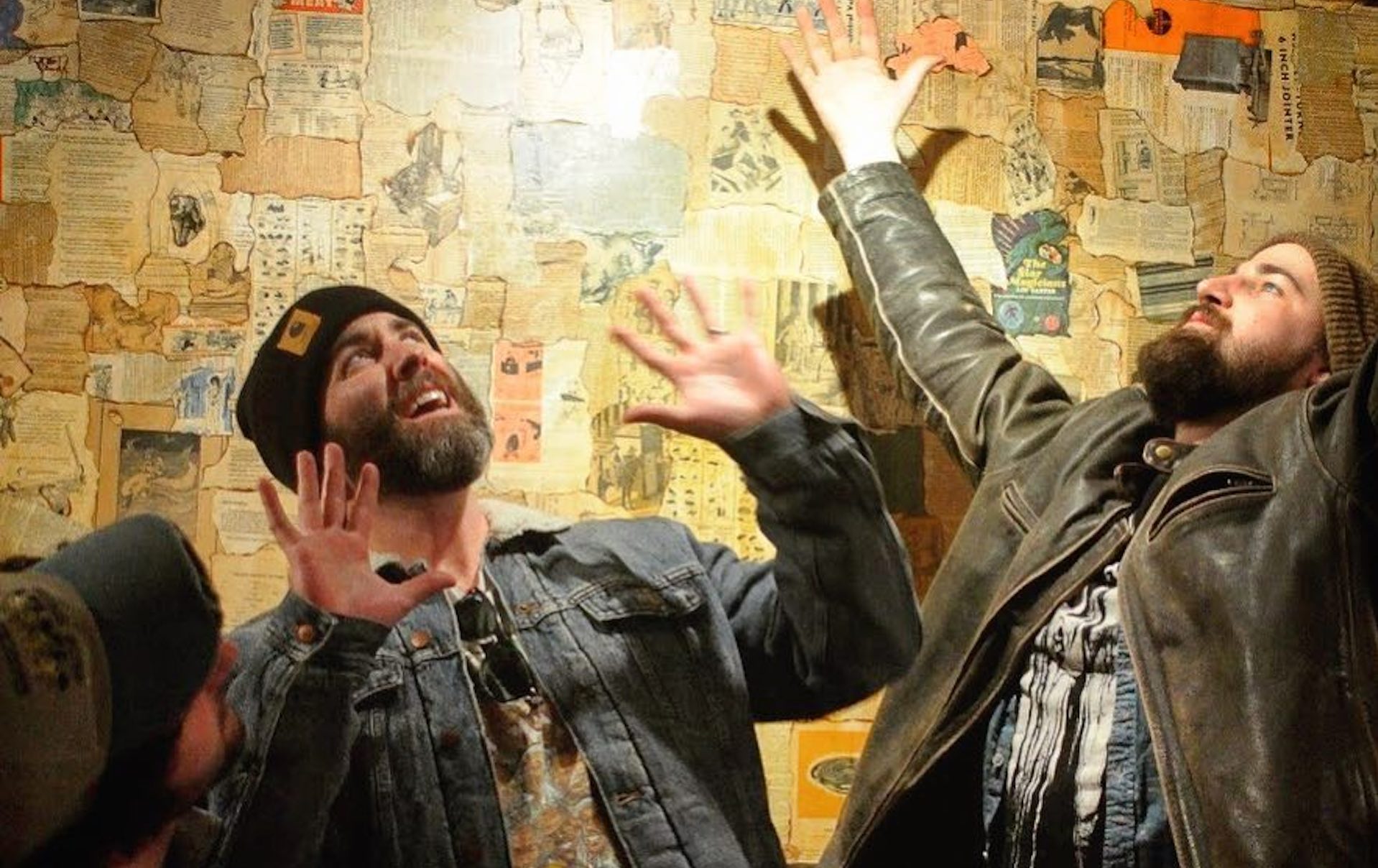 What Studio 52 Says: Boston psych/hard rock trio The Freqs (pronounced “Freaks”) take the furiously fuzzy guitars backed by pummeling drums you typically hear in heavier psych rock and add punk rock yelling and clean singing to the mix. While their catalog of recorded music is currently quite concise, February’s Innoculate Demo hones in on raw live emotion that speaks volumes. While I’ve never personally seen them live, that demo makes it clear their shows are as loud and energetic as they come. Huge crash cymbals fill the gaps between hits that fall in line impeccably with guitar parts creating a massive wash of distortion and drums.

Last night, The Freqs released a single titled “Apnea”, giving listeners a peek at the record they aim to put out later this year, and it did not disappoint. “Apnea” proved they were able to capture the true massiveness of their sound on record, it’s clear enough to hear everything going on, yet it’s gritty enough to sound like The Freqs. Pysch rock fans rejoice, you don’t have to wait for King Giz to come around to get super baked and destroy your eardrums. Studio 52 briefly caught up with the Freqs and they told us what they’ve been up to.

Studio 52: When/how did you guys form?

The Freqs: We formed initially as a project in January 2018 as a collaboration between Seth (guitar) and Pete (drums) with Pete playing bass initially. We met with our bassist Ian in January 2019 and have since largely written all of our material and played predominantly all of our shows (with Ian).

Studio 52: I saw you guys are at work on a new record, when is it expected to be released?

The Freqs:  Seth is entering the studio to complete vocal tracking and mixing at Sonelab in Easthampton. Our aim is a digital/physical release by the end of the year.

The Freqs: Seth brings in the initial ideas and we take our own approaches to each part and work on it together.

Studio 52: In the meantime, where can people catch you live?

The Freqs: We’ve got a show this Friday (September 13) at Sammy’s Patio in Revere and a show at 13th Floor in Northampton on September 27. Oh and additionally we’re playing a show on October 29 with a touring band from Canada called The Jins. Venue still TBD.

Listen: The Freqs on Bandcamp —

Check out us goons at @themidwaycafejp in Jamaica Plain TOMORROW night (8/23) for a hot Friday night 😉 We’re partying it up for the @summercultband EP release show alongside @sweetiemusic and @verakaymusic Doors open at 8:30, $8, 21+ Link in bio to RSVP 🎶