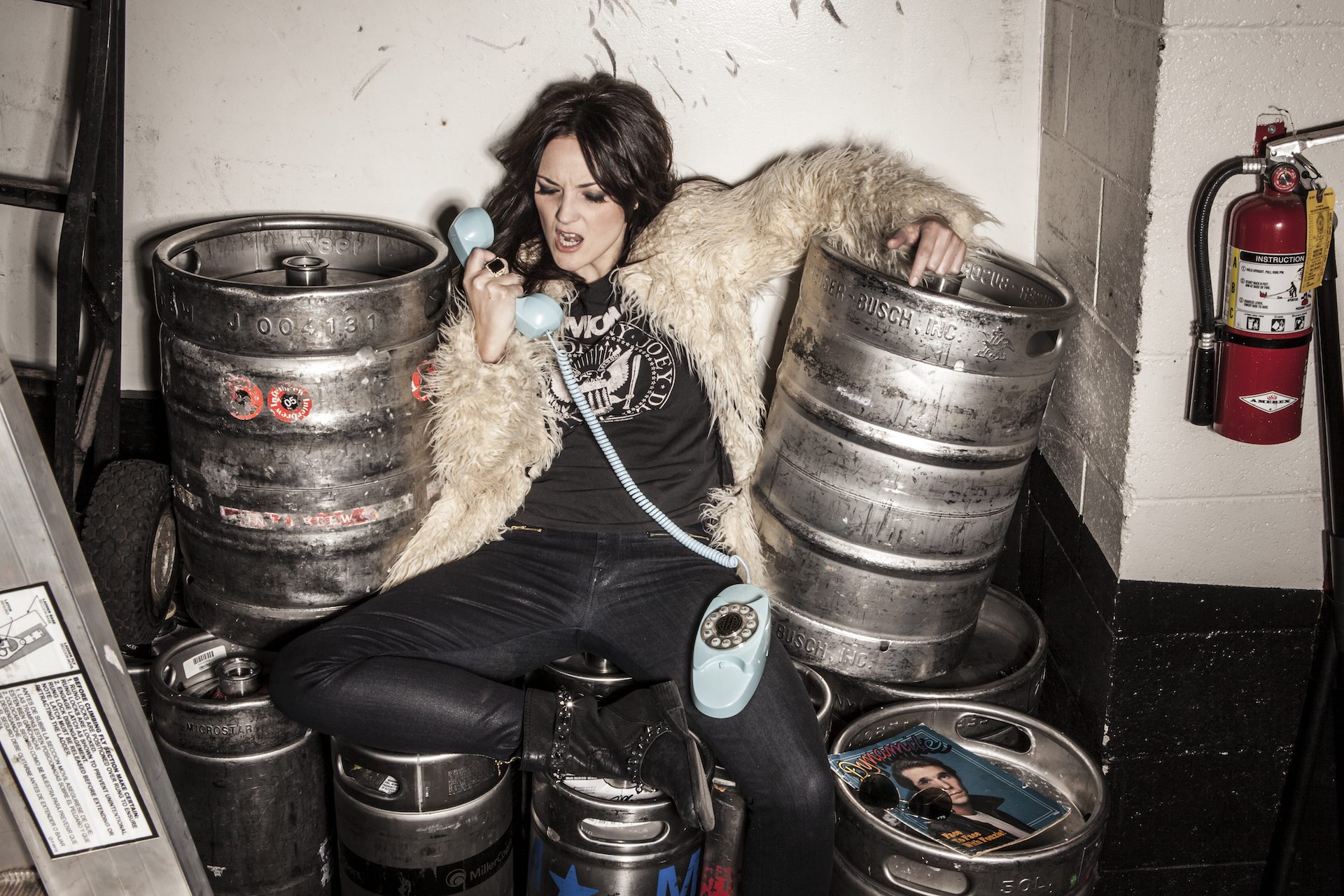 With a brand new batch of stand-up material, the Needham native looks back at the good ol’ days

Jen Kirkman is feeling pretty nostalgic these days. Although the realization that she has arrived at middle age has her looking back with sentimental value for the ’90s, the Needham native is looking forward to letting us in on what she’s thinking this weekend.

Bringing her latest batch of material back to The Wilbur on Friday night (September 13), the Emerson grad is looking to cover a lot of topics when it comes to her yearning for the final decade of the 20th century, as well as keeping the theme of family stories well ingrained in her set, but something she’s really looking to do is bridge the generational gap between Gen-X and millennials.

“I don’t think they realize we’re totally them before they were them. We have student debt and things we care about, but we just can’t prove it that we were as politically active as them, because we didn’t have instagram,” Kirkman tells Vanyaland. “I do talk about my parents a lot, too, and they’ll be in the audience, so that’ll be fun for them I hope. It’s all about getting older, and family stuff and feeling nostalgic, and I feel like it’s all relatable, regardless of what age someone is.”

We haven’t seen much of Kirkman since her last netflix-produced special, Just Keep Livin’?, was released in early 2017, but she’s certainly been keeping herself busy in comedy. Aside from putting together a few pilot scripts over the last few years, as well as writing for and winning a WGA award for her work on the smash-hit Amazon Prime series The Marvelous Mrs. Maisel, Kirkman also maintains a weekly podcast, Having Funlessness with Jen Kirkman.

She hasn’t struck gold with any of her pilot pitches as of yet, but after 22 years in the business, Kirkman knows it’s nothing personal, but rather, she appreciates even just the opportunity to be considered amongst a pool of very few show pitches..

“I basically write a pilot every year, but they haven’t been made,” says Kirkman. “But that’s not a sad thing. Such a small number of scripts are bought every year, so it’s a huge honor.”

While writing, pitching, and podcasting keep her going while she’s not on the road, Kirkman’s go-to is always stand-up, and as she readies to bring her latest back home to perform in front of fans, friends and family, the thought that haunts others — the thought of performing in front of your parents — doesn’t affect a seasoned stand-up vet like Kirkman in the slightest.

“I’m so old at this point, and such a veteran, that nothing affects me like that,” says Kirkman. “I am who I am, and my parents don’t want me to be anyone else, even if it would offend or upset them, and they love my comedy, so I’m used to it by now. I think the only thing that could bother me is, if for some reason, nobody came to the show or I bombed, because I would never want them to feel sad. I want them to see a big full house and me killing it on stage. Having family there makes it more fun.”