The Doughboys serve up some local classics this weekend in Boston 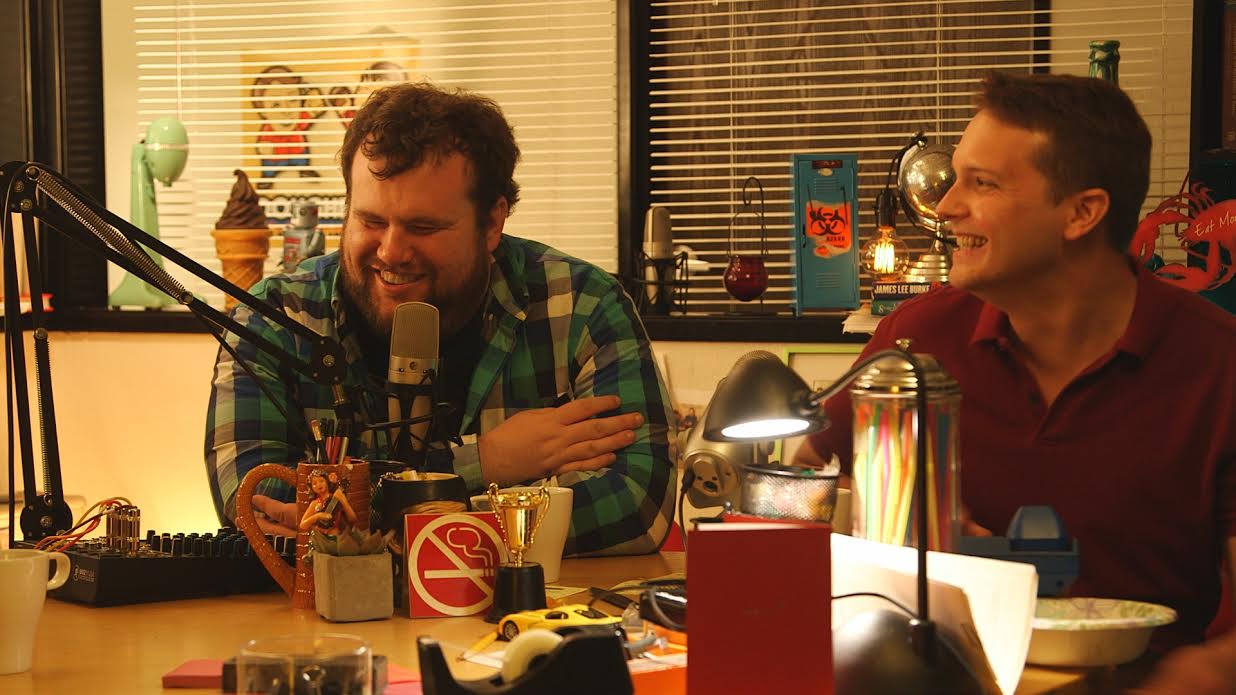 What Mike Mitchell considers his dream is Nick Wiger’s nightmare, and both will be realized at The Wilbur this weekend.

Bringing their hit podcast The Doughboys to Tremont Street for two shows this weekend (September 7 and 8, the first of which is sold out) Wiger is a bit nervous about his first show in Boston, as he isn’t quite sure about how tough the crowd will roast him. Meanwhile, Mitchell, a native of Quincy, knows that the roasting won’t be exclusively held for his co-host, and that makes his first show back home all the more exciting for him.

“It’s both terrifying and very exciting for me to be able to do it [at home],” Mitchell tells Vanyaland. “Being able to perform at The Wilbur, in front of a thousand people, since we’ve never played to a crowd this big before, is going to be a lot of fun.”

Starting out with the podcast in 2015, after years of working together at the Upright Citizens Brigade Theatre in Los Angeles, Mitchell and Wiger took the idea they had hatched during a meeting at The Cheesecake Factory — the idea of starting a fast food review-based podcast — and have turned it into a cult following in just over four years.

But it wasn’t until they returned to the UCB Theatre to do a live edition of the show that they knew they held a gem that they could take out of the studio, and out on the road with them. Wiger, who originally hatched the idea to Mitchell and was promptly told it was a terrible idea, is quick to admit that he isn’t a huge fan of travelling, but the energy that he and Mitchell get from the fans they meet keeps him going while away from home.

“I get grumpy when I travel because I’m a bit of a homebody, but I’m coming to terms with it,” says Wiger. “It is always very fun to meet the people that come out to see our shows, and our fans are, oddly enough, unlike us in the way that they’re very friendly and easy to talk to.”

With the help of fellow Bostonian John Hodgman during Saturday’s sold-out show, and Nicole Byer for Sunday’s show, as well as Mitchell’s hometown buddy known as Dan-O, Wiger and Mitchell will be reviewing a pair of Boston-centric classics in Regina Pizzeria (whose North End origin holds rank as the best pizza in the world, in Mitchell’s opinion) and 99 Restaurant.

However, while they’re fully committed to the places they decided to showcase this weekend, both Mitchell and Wiger did have a few other ideas, with classics like Kelly’s Roast Beef and D’Angelo making their way into the decision process — but, as Wiger points out, it’s not always up to what the duo is feeling.

“What we usually do when we’re going to a different city is, and it’s something we picked up on after doing these shows on the road, we’ll ask on social media what restaurants in that area we should cover,” says Wiger. “People will send in a bunch of suggestions, and we’ll very often go with the consensus pick, but sometimes we’ll go with something that’s more of a deeper cut.”

With it being a hometown show for Mitchell, he’s obviously looking forward to doing the show in front of a local crowd, but he’s even more excited to have Wiger meet some of his friends from Quincy, and have a full-on experience of the area, adding on to the experience of being a part of Wilco’s Solid Sound Festival back in June.

“We did the Solid Sound Festival earlier this year, and while it wasn’t in Boston, I still feel like I got to experience a part of the city,” says Wiger. “But it will be even more fun being able to actually engage with the audience in Boston and see what that whole experience is like.”