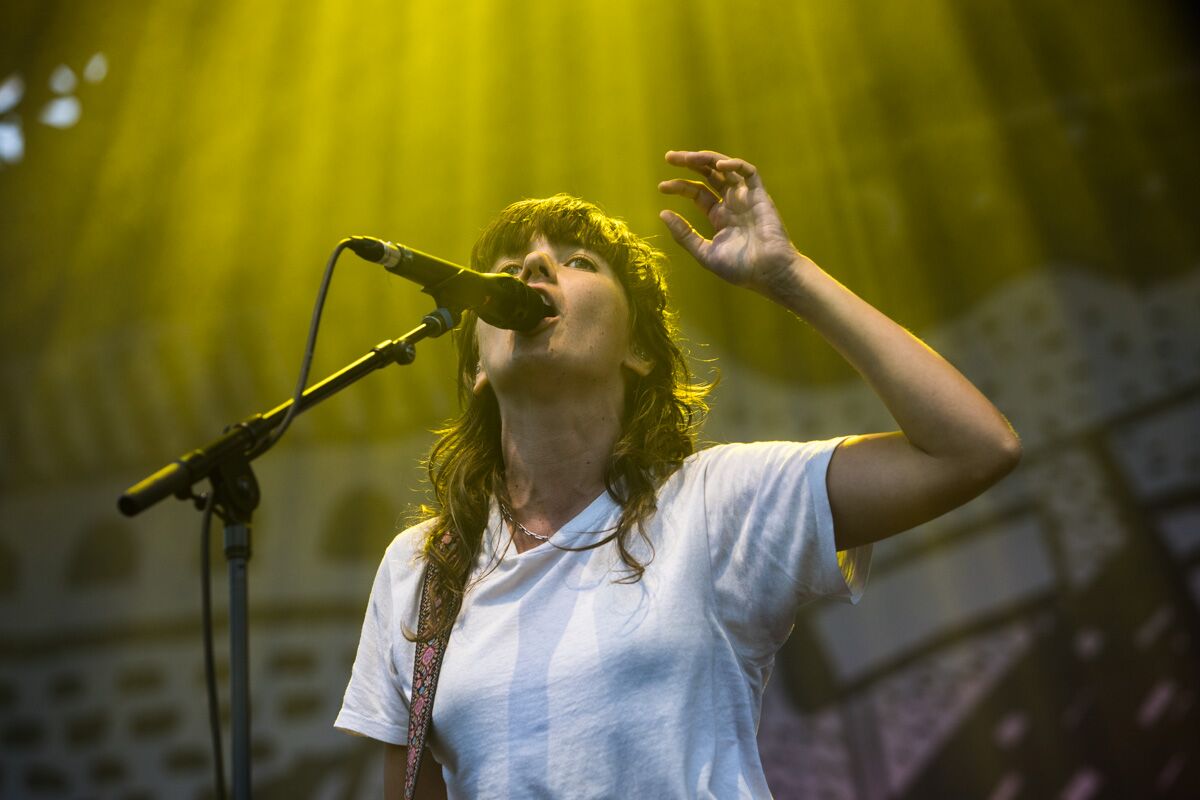 Bobby Hackney Jr. has some reason to be concerned about collateral damage. It’s before noon on a Sunday, and his band – Burlington punks Rough Francis – are halfway through a very loud set in what is typically a very quiet MASS MoCA gallery. Potent thunderstorms are rolling through the area, but rather than canceling the first several outdoor acts of a festival-closing day, the band and crew have come through on a backup plan that somehow improves the experience. It’s one of many scenes from the 2019 edition of Wilco’s biennial Solid Sound Festival that encapsulates its singular freewheeling spirit.

In its sixth year this past weekend (June 28 to 30), Solid Sound proved itself not only a well-established destination festival (tickets sold out in advance, the grounds growing at times uncomfortably full), but one with both an increasingly ambitious curatorial outlook and a key sense of logistical expertise. Experimental hip-hop acts mingled with veteran indie rockers, Tuareg desert-blues and a bevy of Wilco side projects, and when the heavens threatened to derail most of a day’s worth of the proceedings, the schedule moved seamlessly indoors among the installations. There’s not many festivals you can say that for.

As tradition dictates, hosts and curators Wilco headlined both Friday and Saturday nights with a unique-to-the-festival set (a “Live Karaoke with Wilco” experiment that invited some carefully chosen fans – and Courtney Barnett – on stage, to mostly charming results) and a more traditional outing. If the band was still shaking off any rust from a nearly two-year hiatus that ended earlier in June, they showed few signs of it over their four hours in the spotlight for the weekend. There were deep cuts (“Reservations!”) and setlist staples (“Impossible Germany” is always a stunner), and even a pair of new songs to tease a likely forthcoming LP.

Thrills abounded elsewhere on the bill, too, with main stage sets from Aussie rocker Barnett, jangly post-punk stalwarts The Feelies and Modern Lovers frontman/most charming person alive Jonathan Richman earning their respective hero’s welcomes. Post-rock pioneers Tortoise entranced both Friday’s late night revelers, with an impressionistically improvised live score to French sci-fi oddity La Jetée, and an early evening Saturday crowd, with a set of previously-written jams. Scott McCaughey’s The Minus 5 churned out power-pop perfection with one-half of R.E.M. casually among their ranks. Garage-psych crew Wand tore up one of those impromptu indoor stages amid a sprawling and vibrant Trenton Doyle Hancock installation. Daveed Diggs and Clipping. stirred up a legitimate moshpit with a post-Wilco rap set. And even that’s only scratching the surface (and setting those numerous Wilco side projects, uh, aside).

Solid Sound is a festival about Wilco on its face, of course, but it’s ultimately a weekend about stepping into the band’s extended universe; their taste, their influences, their perspectives on left-of-the-dial music past, present and future. And as both their adventurous 25 years and one more inspiring weekend together illustrate, Jeff Tweedy and company are a pretty thoughtful bunch.

Editor’s Note: Below is an extensive look around all three days of Solid Sound 2019; all photos by Ben Stas for Vanyaland.