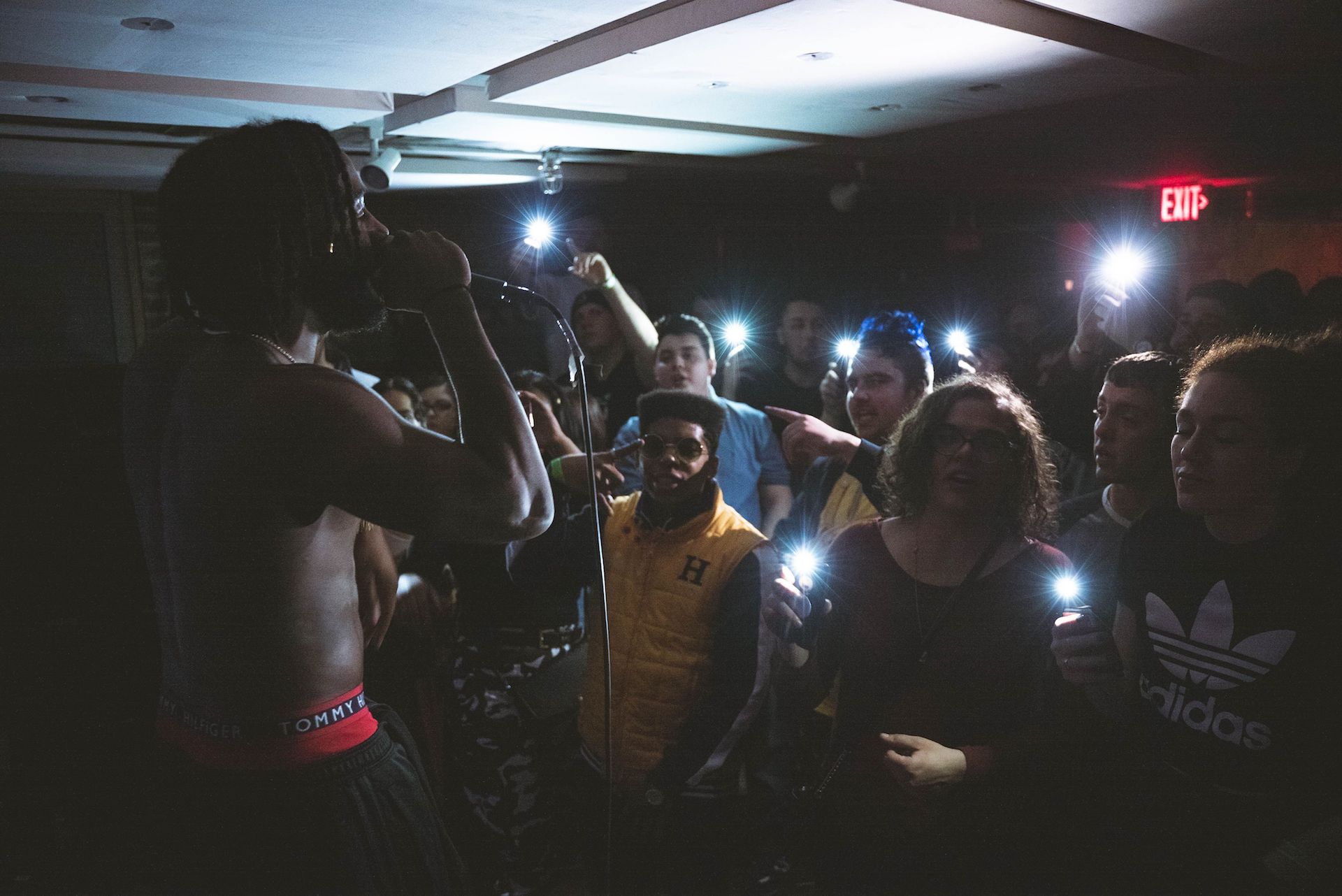 “I believe I am a very rare voice in hip-hop,” he tells Vanyaland. “Not enough artists have focused on their education.”

This is not The College Dropout. This is Alumni.

Released this past Labor Day (September 2), the record takes listeners through every year of Fair’s college experience, gleaned from his time earning a Bachelors Degree in New Media at American International College. Alumni follows up Fair’s other 2019 full-length effort, Hippodrome, with 14 tracks and skits revolving around college life, from “Orientation Day” to “Graduation Day” and beyond (“Destiny”). He started writing the project post-commencement, completing what he feels is the best work of his life (so far) roughly a year later.

“I found it to be probably the easiest process I’ve had writing an album; to live within my truth and own that,” he explains. “I wanted to not only expose my own ups and downs throughout my time in school, as well as highlight some of the other major struggles that my peers went through, such as student loan debt, athletic scholarships and the expectations that come with them, and also mental health while living on campus and not seeing our families as much.”

His upbringing in Chicopee comes into the fold often on the album, as well, but chief among the references are his lyrics for “Graduation Day:” “413 raised me different / Chicopee white privilege is amazing.”

“When I said ‘Chicopee white privilege is amazing,’ I meant it was amazing to me that I was never going to have the same leverage in any scenario growing up in the place that I considered home. I’ve spent my life since then finding myself and my own sense of leverage,” Fair says. “I definitely said that line with the intent to provoke thought. I was one of the few black kids that grew up in Chicopee school systems. Chicopee is ultimately a suburban style city that was very safe and for that I am thankful, but I never felt like I had the chance to be connected to my own culture, which made everything for me a little more difficult.”

The script changed when he uprooted his life for college, setting the stage for Alumni to take flight — and for Fair to succeed in ways he had never dreamed of. In that light, Alumni and Fair’s storytelling prowess come into full view.

“When I went to AIC in Springfield, Massachusetts, I was finally exposed to all sorts of different parts of black culture that I always wanted to be a part of,” he adds. “People who were like me and were seeking higher education. I believe we are a very special generation that has the power to make a real difference in this country moving forward, something I couldn’t have imagined while I was in Chicopee.”

Hit the books all over again with Fair below.