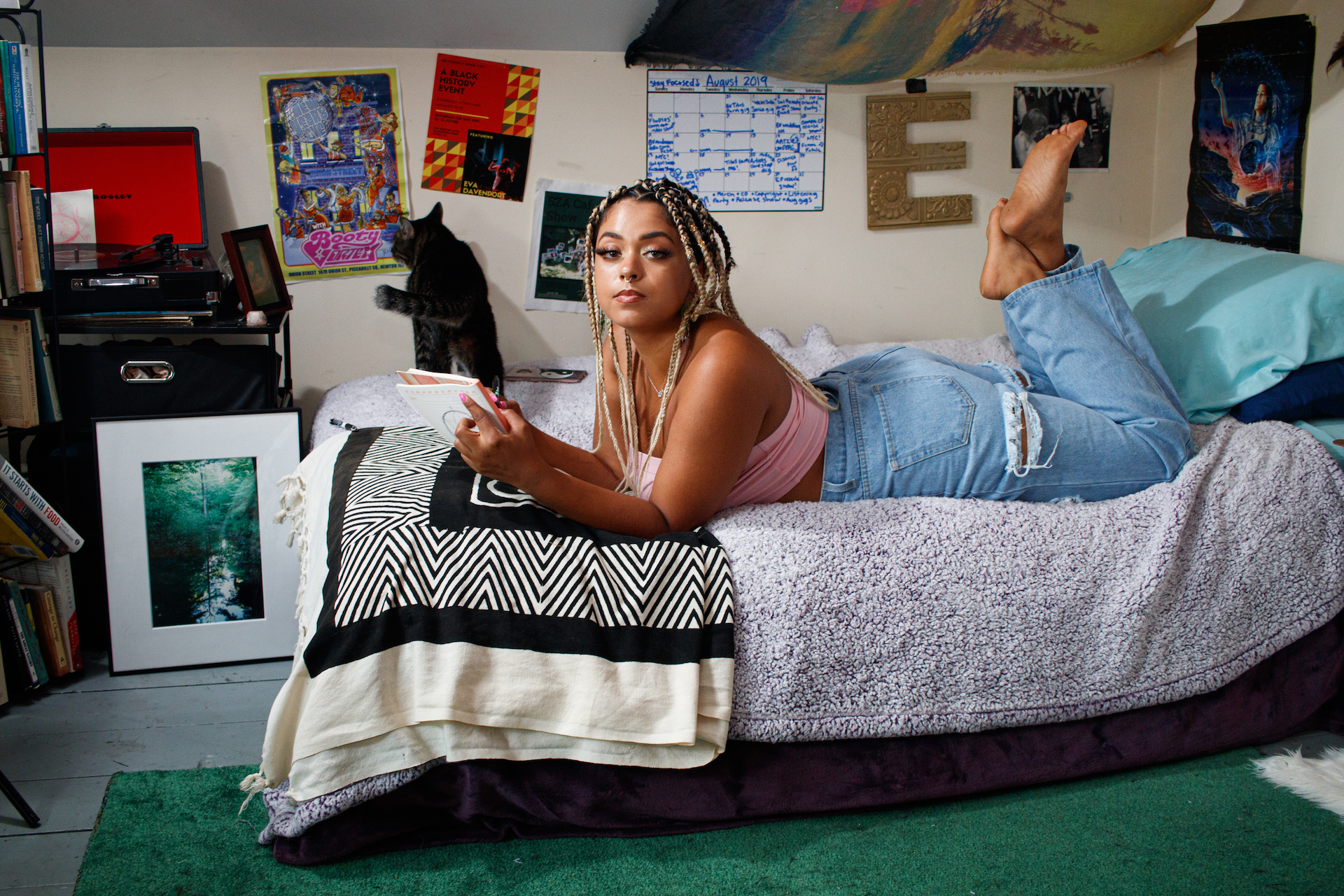 For Eva Davenport, there was only one thing more important than making her formal introduction to the world: Making that introduction in the form of her thriving adult self.

After scribbling down her life and times in notebooks for 20-plus years, the Rhode Island-based R&B artist took a deep dive in her reflecting pool to prepare for her debut EP Letters to Self, out this week. The result is 100 percent Davenport’s mature self-realization, with none of the love-driven drama that singer-songwriters often lean on when making their debut. “Lesson” in particular reads like a page ripped from an early diary entry, while EP opener “Handle It” with Red Shaydez transcribes her early-morning mantra for clearing her headspace. The whole package plays like a mini self-care kit, disguised as something far cooler.

“I have a crazy amount of notebooks and have been writing songs since I learned how to use a pen,” she tells Vanyaland. “For my first project I had to share my true self. I chose to leave out all the love songs and focus inward on self-discovery, self-love, and ultimately my true purpose; to inspire those who hear my music and see my journey to never give up on their own goals and passions. Letters To Self is exactly what these songs are.”

The variety reflects her already-established foothold in the community; just last June, she launched Artz Underground, a monthly Boston music series that also brings vendors and food into the equation. She hosts, curates, and promotes the whole operation solo, but largely touts the series as a collaboration for fellow creatives.

“I think it’s important for all curators to take a page from my book and not only shoutout and show love to those who assist, but also put on artists they care about, want to listen to and support, and are truly helping to grow,” Davenport shares.

Brick by brick, song by song, set by set, this mogul’s already well on her way to building a kingdom. Wait until you see how well she handles it.