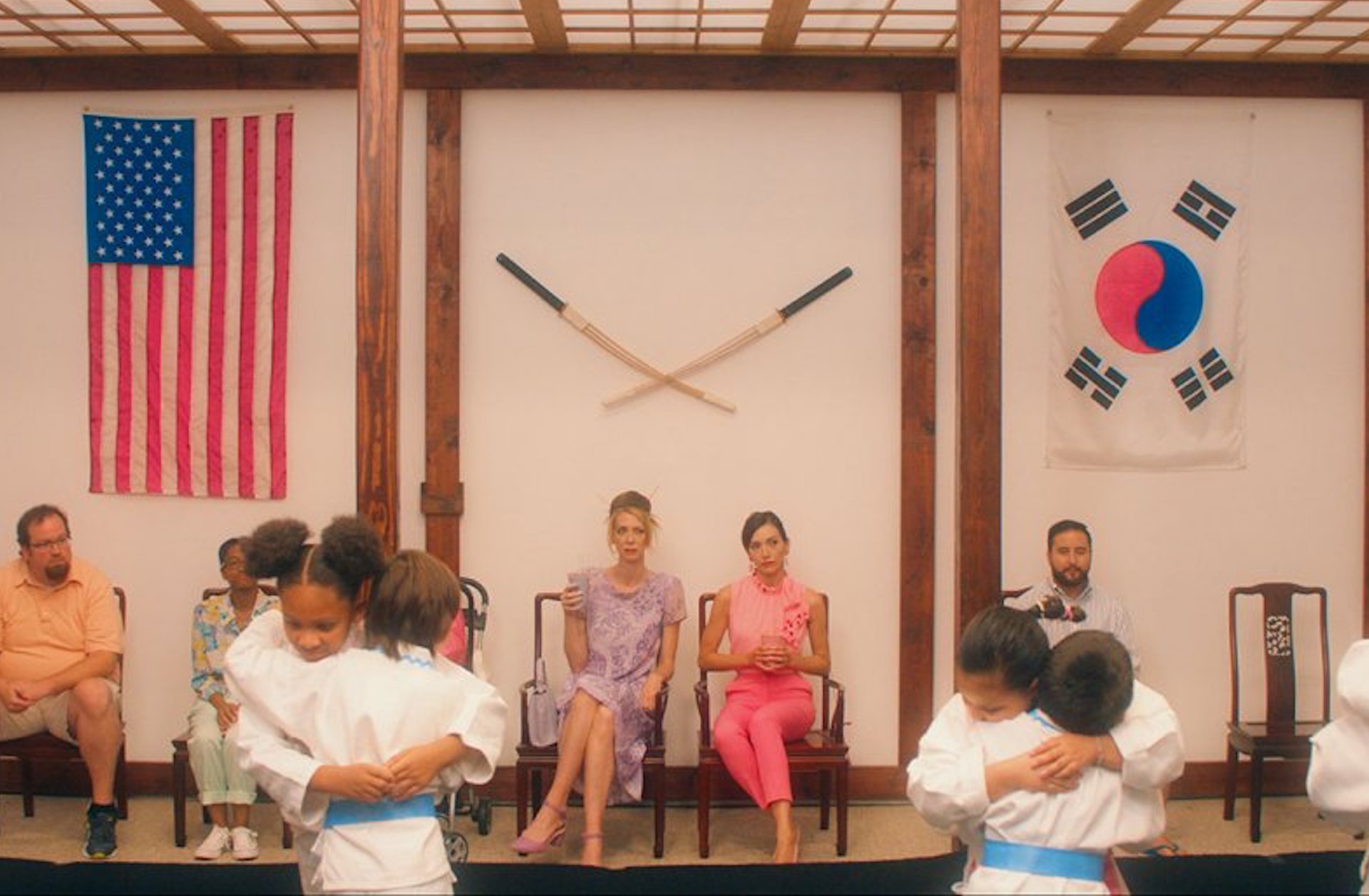 It was a pretty solid year for comedy at Sundance this past January, but one goofy-ass film has remained totally fresh in our minds since we got a chance to take a look at it. That film was Jocelyn DeBoer & Dawn Luebbe’s Greener Grass, which knocked the fucking house down at its midnight screening at the Egyptian. Essentially, it’s straight-up catnip for those of us who spent their college years mainlining Adult Swim classics like Squidbillies and Tim and Eric in between bong hits and bags of Doritos, and we think that all of you like-minded folks will want to track this one out when it finally comes out later on in the year. IFC Films acquired the film after its Sundance premiere, and the distributor announced its release date and dropped a trailer for the film on Thursday.

Here’s a synopsis, though don’t expect it to make very much sense given that we’re dealing with some surrealist comedy here:

“In a day-glo-colored, bizarro version of suburbia where adults wear braces on their already-straight teeth, everyone drives golf carts, and children magically turn into golden retrievers, soccer moms and best friends Jill (Jocelyn DeBoer) and Lisa (Dawn Luebbe) are locked in a passive aggressive battle-of-the-wills that takes a turn into the sinister when Lisa begins systematically taking over every aspect of Jill’s life—starting with her newborn daughter. Meanwhile, a psycho yoga teacher killer is on the loose, Jill’s husband (Beck Bennett) has developed a curious taste for pool water, and Lisa is pregnant with a soccer ball. That’s just the tip of the gloriously weird iceberg that is the feature debut from writers-directors Jocelyn DeBoer and Dawn Luebbe, a hilariously demented, ‘Stepford Wives’-on-acid satire destined to be an instant cult classic.”