Interview: Jim Jefferies is changing things up with his latest hour 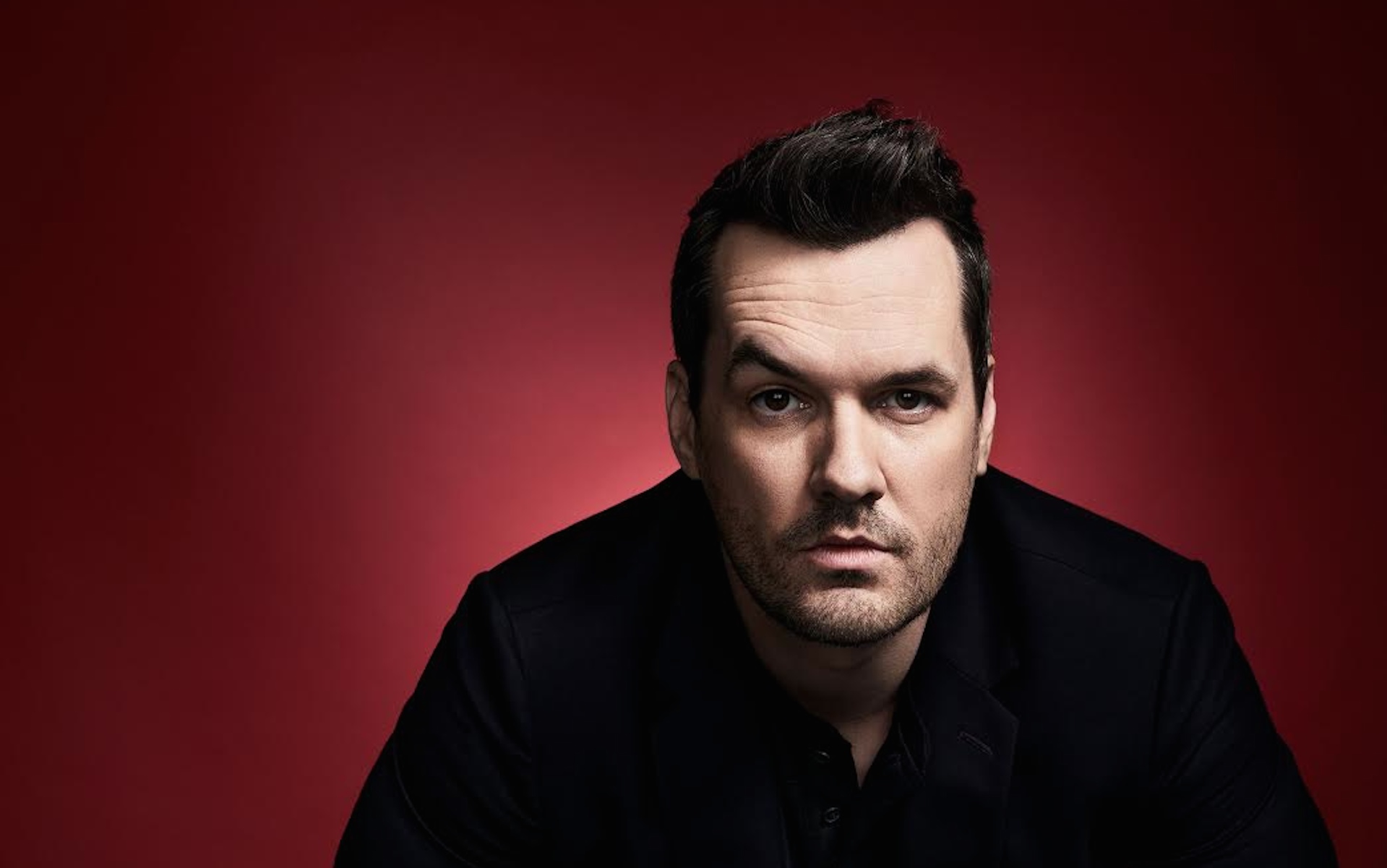 With 20 years on the stand-up grind under his belt, and three specials in the last five years, Jim Jefferies has had more than enough work cut out for him to keep him busy. Throw all of that on top of a weekly talk show and making it a priority to, above all else, spend time with his son as a single father, there’s a lot going on in his world, but the excitement is still there for everything he’s able to do in the world of comedy.

Fresh off his Comedian of the Year honor at Just For Laughs in Montreal, Jefferies brings his latest hour to New England this weekend, with a two-show stop at Hampton Beach Casino Ballroom on Friday (August 16), as well as a jaunt down the coast to the Cape Cod Melody Tent in Hyannis on Saturday (August 17).

Vanyaland caught up with Jefferies ahead of his trip to chat about the award, as well as the upcoming east coast shows, how his work with the next season of Comedy Central’s The Jim Jefferies Show is coming along, and changing up his approach to the material he’s put together for his next special.

Jason Greenough: Let’s start with the reason why we’re here. You’ve got your shows coming up in Hampton Beach on August 16, and Hyannis on the 17. How are you feeling about bringing a new hour with the Night Talker tour to New England?

Jim Jefferies: I’ve been touring this show for about six months, so the material is good and ready to go. I think I’m going to record it somewhere on the east coast around November, so I want to get a good feel for those crowds before I turn it into a special, I reckon.

That kind of answers my follow-up to that, in a way. These dates look like “stand-alone” dates. Are these shows just to work it out just a little bit more, or is it one-hundred percent ready, and you’re just doing your thing?

Oh, the material is all ready to go. All of my dates are pretty much stand-alone dates, except for when I tour Australia and Europe. The rest of the gigs are always spread out. I’m a single dad, so I like to have every other week to spend with my son, I don’t go on the road or do anything like that during those weeks, then the other weeks, I do gigs on weekends, and during the week I record a TV show. I do as many gigs as I can, but I don’t want to do them at the price of seeing my boy all the time.

Going off of that schedule, do these summer shows help you recharge, in a creative sense, for when you’re shooting The Jim Jefferies Show, or are they two different things entirely?

I sort of keep those two separate. I’ve stopped talking about politics a lot on stage because I talk about it so much on the TV show, so now the stand-up I’m doing right now is closer to the stand-up I was doing maybe a decade ago, and is different from what I was doing three or four years ago. I’ve reverted back to doing that kind of material, because I can’t just talk about every gun control issue that comes up, or health care, or building walls, or the President. It would drive me insane if I did that, so I feel almost like my stand-up is my personal life, and the TV show is my work life.

After so many years of doing politically and socially charged material, did you find it hard to bring it back to the non-political and and the stuff you talked about a decade ago, as opposed to what you talked about in your last three specials?

Not really. I think it’s been overdrawn about how much I’ve talked about politics over the last few specials, but there are few bits that went viral on the internet, so those are probably the more well-known bits, but with every special, it’s only about 10 minutes out of it that’s about politics, or social issues.It might feel like I did a lot of political stuff, but it’s not as much as you think, so it wasn’t really hard to go back to doing stand-up without it. I just have to write a different 10 minutes.

Three seasons into The Jim Jefferies Show, do you feel like you’ve hit your stride with the format and the elements you’ve plugged into it, or are there still certain aspects of the show that you’ve quite figured out yet?

I thought the third season was our best season. I think with this last season, we covered a lot more topics than we used to and I think that suits our show a little bit better. The fill pieces have been better, as well, so I do feel like we’ve hit our stride with it.

Right on! I really enjoyed the third season, as well. I also really enjoyed Legit when it was on TV. Do you have any interest in pursuing along the lines of Legit at some point in the future, like a sitcom or anything like that?

Legit was my favorite thing I’ve ever done, but we just got screwed over by a new network starting up, and I really got fucked over about it. There’s no point in returning to Legit, because Billy would be dead by now, and the timeline doesn’t work anymore. But I would like to do more sitcoms, like the multicam sitcoms, because it’s something I haven’t done yet. I’ve a talk show, and a single-cam show, but I think I would like to do a multi-cam, just to see how it is, because it seems like it would be fun to have a live studio audience. To me, I like performing stand-up live, and I would like to act live, and see how it is.

Well, I hope we see that at some point. Now, I would be remiss if I didn’t mention your honor at Just For Laughs this year for Comedian of the Year. That’s huge! This was your first being honored with that award, correct?

It was my first time getting any award, really. I’ve done the festival many times, and the people that run it have always been very nice to me. It was quite fulfilling to be named Comedian of the Year, but now I have the trophy at home, and I don’t know where to put it. Do I put it in the living room? Or do I hide it away? Like, what’s humble, but just humble enough?

You have to flaunt that, man! How does it feel being acknowledged for your hard work in this capacity, having been on the grind for way longer than just the last decade?

I don’t need an award or anything, and I don’t think comedians really think about awards, because we’re too busy thinking about how tickets we’ve sold and stuff like that. I try to focus more on the work. But I mean, you can get awards for your writing on a special or whatever, but there’s not really comedy awards, so the fact that Just For Laughs puts out this award is still pretty cool.

I’m sure you’re probably sick of talking about it at this point, but it’s been five years since your gun control bit went viral. Now, do you feel like your outlook in that material, as well as the reaction it got from fans and non-fans around the world, has at all affected the discussion surrounding the topic?

I don’t know if it’s changed the discussion, but it definitely gave people who wanted to argue with other people about it some bullet points that they could use. I feel like a lot of people have written to me about having Thanksgiving with their crazy uncle and getting into the debate, and they were able to reference the routine. So I feel like that may have gotten people thinking about gun control more, but has it made a lick of difference here in America? No, it has not. It hasn’t done anything. There’s probably more guns now, and there’s been more shootings. I don’t look at that bit as an important bit of comedy or anything like that, but I’m glad people have enjoyed it, and have laughed at it, but I don’t think it’s really made a difference, no. But I also don’t think it’s made the situation worse, and I’m proud of that.

Is there anything else that you have coming up that you want to hype? Anything else in the works that you can let fans in on?

Not really, nothing at the moment. But The Jim Jefferies Show is coming back, and I’ve got a couple of tours coming up, and that’s plenty of work for me, mate.