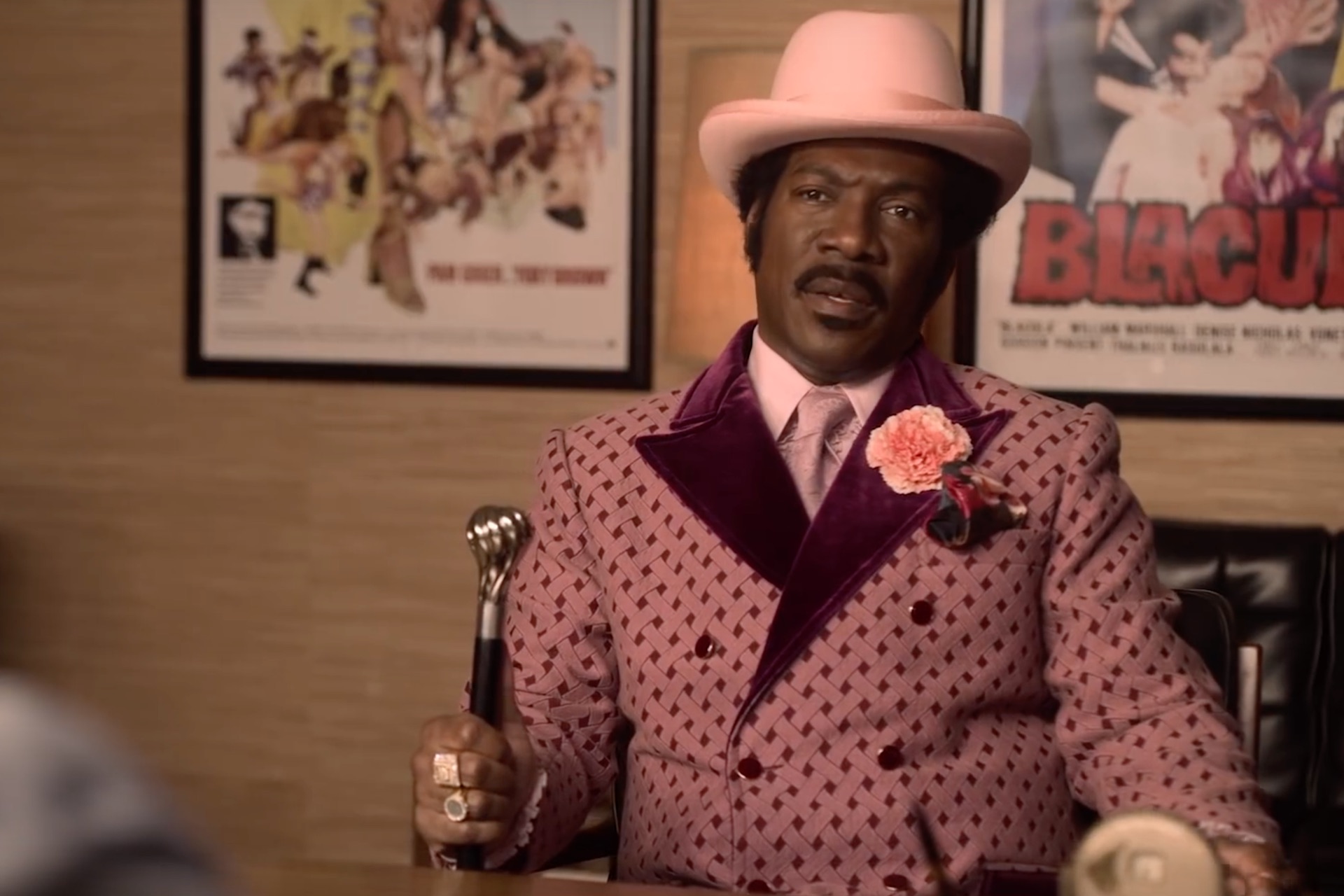 If there’s two things we unreservedly love in this universe, it’s the comedy of Rudy Ray Moore, the groundbreaking satirist who brought us such brilliant films as Petey Wheatstraw, The Devil’s Son-in-Law and Dolemite, and an old school, brilliant Eddie Murphy performance. And, like chocolate and peanut butter, Craig Brewer’s Moore biopic Dolemite is My Name is combining the two in a way that’s making us salivate.

Brewer, who directed Hustle and Flow and Black Snake Moan before taking the better part of the ’10s off, is one hell of a director, and apparently Murphy liked working with him so much that the two are doing the Coming to America sequel together now. After a year or so of radio silence, Netflix finally dropped a trailer for the project, and man, it looks like everything we’d hoped it’d be.

“Stung by a string of showbiz failures, floundering comedian Rudy Ray Moore (Academy Award nominee Eddie Murphy) has an epiphany that turns him into a word-of-mouth sensation: step onstage as someone else. Borrowing from the street mythology of 1970s Los Angeles, Moore assumes the persona of Dolemite, a pimp with a cane and an arsenal of obscene fables. However, his ambitions exceed selling bootleg records deemed too racy for mainstream radio stations to play. Moore convinces a social justice-minded dramatist (Keegan-Michael Key) to write his alter ego a film, incorporating kung fu, car chases, and Lady Reed (Da’Vine Joy Randolph), an ex-backup singer who becomes his unexpected comedic foil. Despite clashing with his pretentious director, D’Urville Martin (Wesley Snipes), and countless production hurdles at their studio in the dilapidated Dunbar Hotel, Moore’s ‘Dolemite’ becomes a runaway box office smash and a defining movie of the Blaxploitation era.”

Dolemite is My Name will have its world premiere at TIFF in September, before hitting Netflix and select theaters at some point in the fall. You better bet we’ll be checking this one out in Toronto this year.