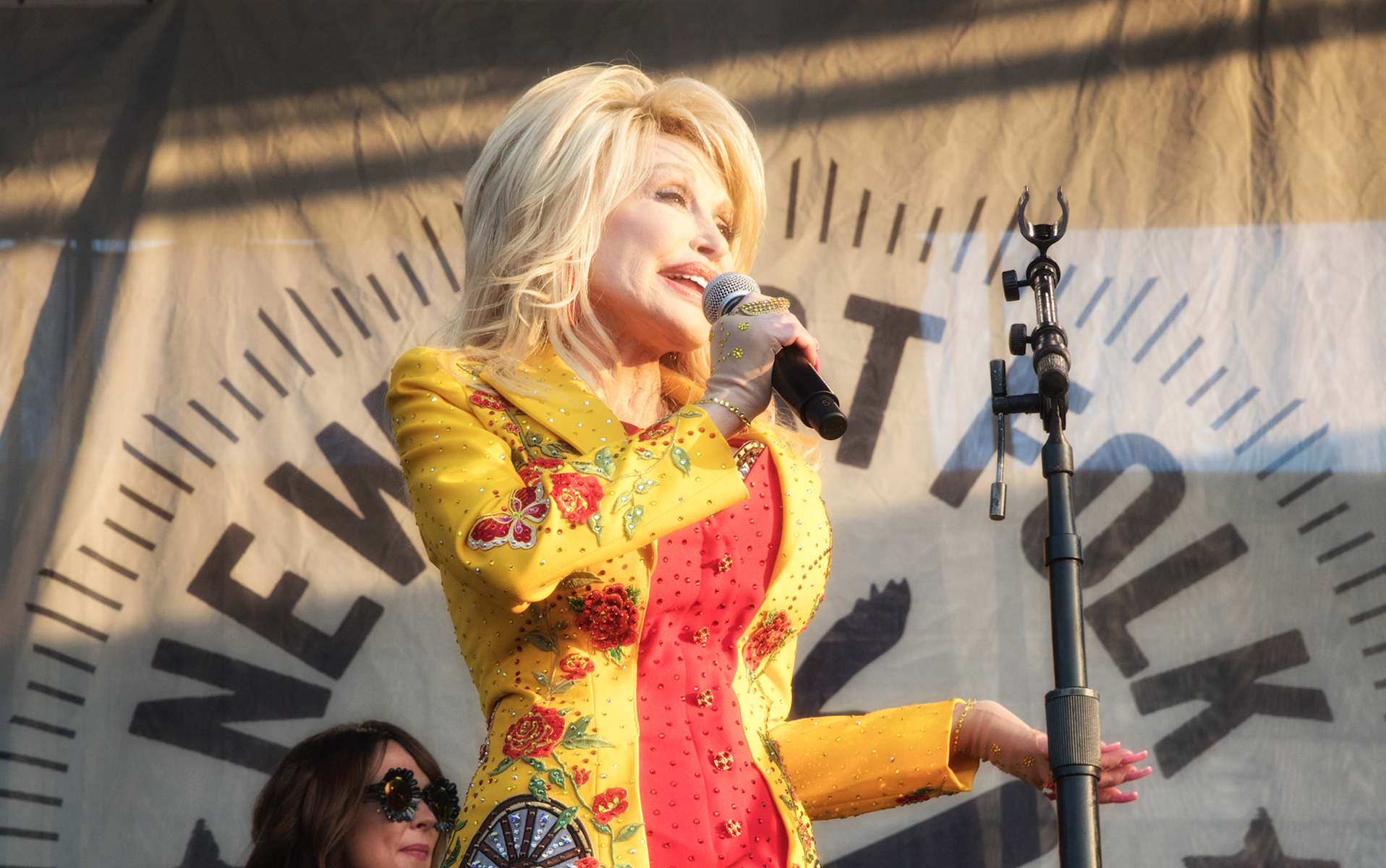 Editor’s Note: This year’s Newport Folk Festival will be notable for many years to come for many different reasons, including incredible, one-of-a-kind collaborations, a wildly diverse and multi-cultural array of performances, Jason Isbell’s lobster roll consumption. But two things will forever stand out to highlight this past weekend (July 26 to 28) at Fort Adams State Park in Newport, Rhode Island: Special, unannounced appearances by Dolly Parton and Kermit The Frog.

On Saturday, Parton joined Brandi Carlile to lead an all-female jam that instantly made headlines around the world and put the 60th edition of Newport Folk in the history books. “Me and Rhode Island have a lot in common,” Parton said on stage. “We’re little, but we’re loud, and we do big things!”

Also little in frame but massive in stature is Kermit The Frog, who surprised on Sunday and performed “Rainbow Connection”, released 40 years ago this summer, with a band that included Newport Folk mainstay Jim James and former Sleater-Kinney drummer Janet Weiss.

Vanyaland’s Matthew Shelter was at Newport all three days to capture as much as he could, and he cites performances by Kacey Musgraves, Lukas Nelson, Sheryl Crow, The Nude Party, Jade Bird, Maggie Rogers, Courtney Marie Andrews, and Hozier as some of his favorite sets. “Plus Dolly, Kermit, Judy Collins, and all the collaborations on Saturday and Sunday evening,” Shelter tells us.

Scan through his full Newport Folk Fest 2019 gallery below.