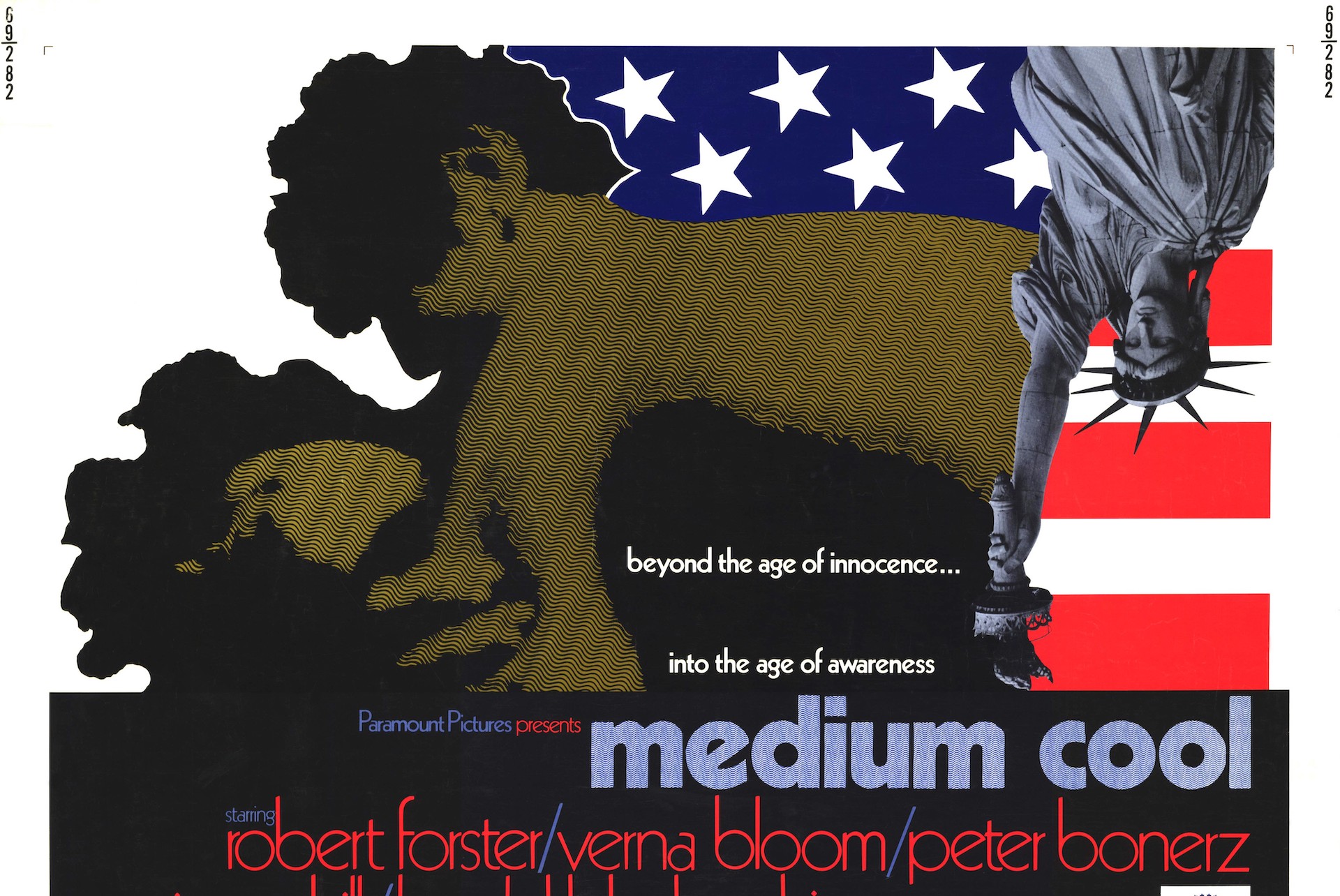 As we moved with despair through the tumultuous election cycles of 2016, watching Trump rally riots lead into his upset victory all whilst the U.K.’s Brexit loomed in the background, one year kept coming up again and again among our beknighted political analysts: 1968.

In the post-war 20th century, no single year stands out as more of a landmark for social unrest than ’68. The New Year kicked off in January with the launch of the Tet Offensive in Vietnam as the People’s Liberation Armed Forces of South Vietnam began a string of surprise guerrilla attacks across the war torn state. Assassinations rocked the U.S.: Martin Luther King, Jr. in April and Robert F. Kennedy in June. Global student protests caused chaos, including a near revolution in France that ground the country’s economy to a halt.

That same month the Catonsville Nine would enter Selective Service offices in Maryland and burn draft documents with napalm in protest of the war. Sixty-Eight was a tapestry of violence: the rise in Black Panther activism would escalate into shootouts with police, Valerie Solanas shot Andy Warhol in his New York offices, and just when the madness seemed like it might be drawing to an end, in December the Zodiac killings in San Francisco began. To add insult to injury, Richard Nixon was elected President in November (and you know how that went). And, of course, the Democratic National Convention in Chicago turned the Windy City into a small war zone of our own as police beat protestors in Grant Park, unleashing a cloud of tear gas into the streets all under the watchful panopticon of television news cameras, leading to the prophetic chant: “The whole world is watching.”

Among those cameras was Hollywood cinematographer Haskell Wexler, who captured the madness of the protest for his directorial debut. Starring Robert Forster as television news cameraman John Catselas, Medium Cool is a docudrama following the real life events of 1968 through the eyes of its fictional Chicagoan protagonists. Throughout the film, John films car crashes, interviews real life black liberation activists, observes the assassinations of RFK and MLK, and ultimately finds himself inside the DNC as the film reaches its agonized boiling point. Born in 1922, Wexler was a World War II veteran with a mind for radical left antiwar politics. He got his filmmaking start after the war making industrial films before moving into cinematography in the late ’50s, rising to prominence as the eye behind hits like Elia Kazan’s America America (1963), Who’s Afraid of Virginia Woolf? (1966), In the Heat of the Night (1967), and The Thomas Crown Affair (1968). Virginia Woolf would even net him an Oscar for Best Cinematography (Black & White), establishing him as among the best D.P.s in Hollywood.

Medium Cool would be his first time in full auteur mode: Serving as writer, director, and cinematographer. Influenced by the experimental revolutionary films of Jean-Luc Godard, particularly Week-end (1967), Medium Cool is as close an American film of the ’60s got to matching the French iconoclast’s divisive, theory-drowned filmmaking style. Wexler would marry the to-the-camera political monologues, representational characters, and sporadic intertitles of Godard’s output with an American sensibility for passionate humanism and vulgarity. He would also pay direct tribute to the director in several scenes, including a poster of actor Jean-Paul Belmondo that hangs in Jack’s apartment. In the film, Jack meets Eileen (Verna Bloom), who has moved from West Virginia to Chicago with her young son Harold (Harold Blankenship). Harold’s father (non-actor Charles Geary in painterly flashback sequences), is M.I.A. in Vietnam. The Appalachian family struggles in Chicago, their own financial struggles holding them down while the powder keg of the city (and the country itself) threatens to ignite at any moment.

Unlike the didactic lectures of Godard’s films, these are not people who have the time nor means to digest volumes of Marxist theory. These are the people to whom politics happens every day, who live under the weight of systemic oppression and poverty. And it’s this sense for character that makes Wexler’s film theoretical in concept, but overflowing with empathy scene by scene. Wexler, of course, did not shy away from controversy. In addition to the Civil Rights Movement, the in-and-out conversations of Medium Cool touch on women’s rights, guns, and controversially even broaches the idea that the government hasn’t told the whole truth about the JFK assassination. “It’s always tough [with] a film like this which is anchored in a time and date, whereas most films try to be generic.” Wexler once said, in a commentary track recorded in the summer of 2001. “Because, it’s not just the cars or the clothes or the hair, but it’s the attitudes that are hard to remember.”

While documentary film promises to show us the “truth,” it’s important to remember that fiction can be just as vital a primary source, to show us in no certain words the values, mores, and anxieties of a given time period. In Medium Cool, Wexler set out to create, if not a statement, a record of the America of 1968 to ’69. But also in doing so, he questions the very act of filmmaking itself: is it moral for a cameraman to record violence without stepping in to help the victims? Does the responsibility to document supercede the responsibility to intervene? What can a person in the middle of a riot (or a revolution) even do? The horror of 1968 flashes by so quickly, the forces of power descend at such a clip, that for people in a position like Jack (or like Haskell Wexler) filming is maybe all that can be done. Or maybe that’s what they tell themselves.

Released in August of 1969, the history depicted in Medium Cool was still reeling in the minds of Americans. The baby boomers’ counterculture would continue to grow for at least a few more years, leading into the moral crash of Watergate a few years later, the slow puttering end of the Vietnam War that caused so much strife and killed so many innocent villagers and drafted young men, and the coming economic recession of the Carter years. In 2019, 50 years after the fact, it’s hard not to see history repeat itself.