Lil Nas X is ‘goofy, not dumb’ — and that’s why he’s dominating the music industry 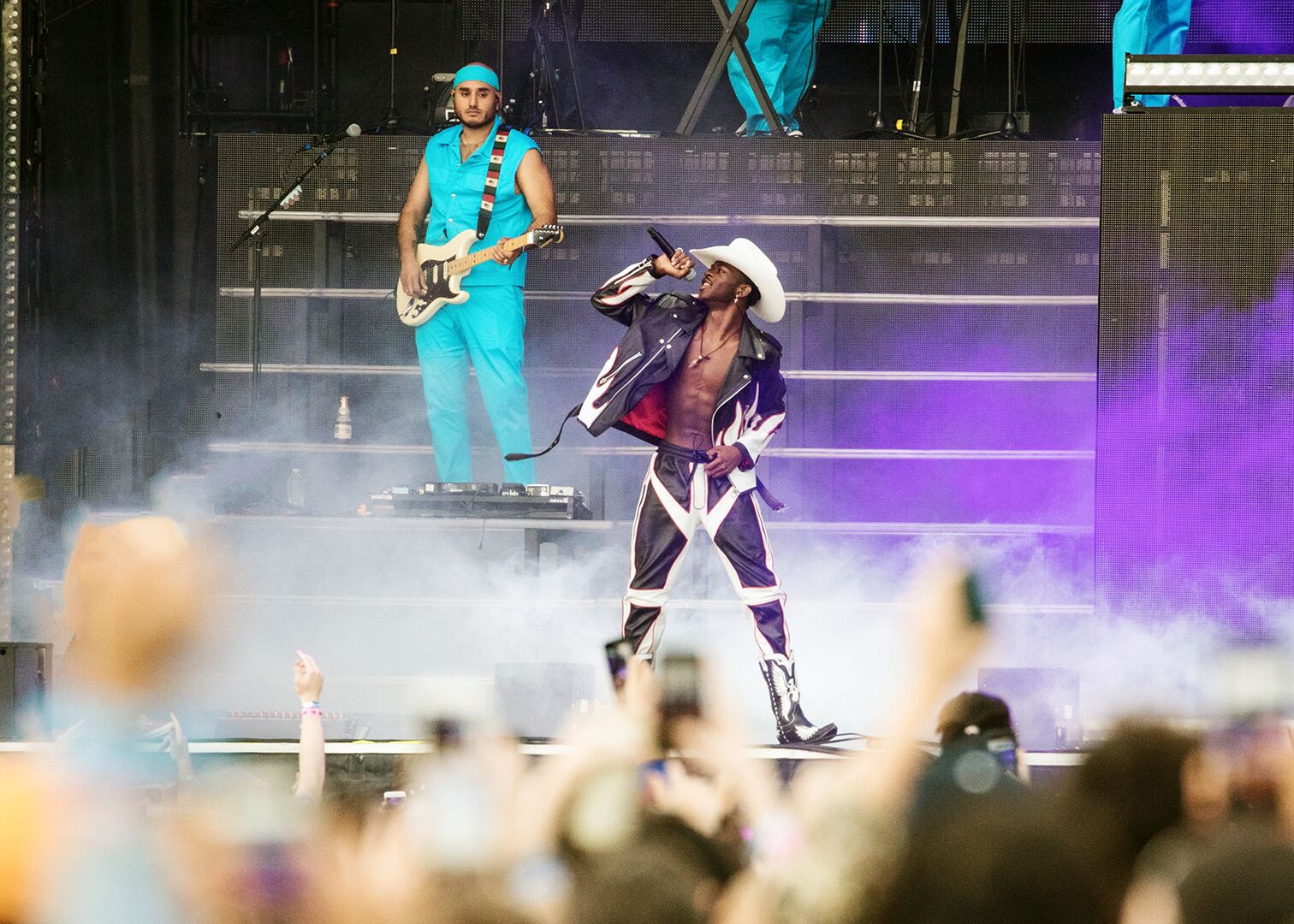 Lil Nas X released another “Old Town Road” video — an animated “Area 51 video”, to be specific — promoting his newest remix with Billy Ray Cyrus, Mason Ramsey, and Young Thug. No one could have predicted the craze would get this far, but here it is: A multimedia work of art that capitalizes on a yodeling boy in Walmart, rousing cries of “horses in the back,” and America’s newfound interest in raiding the highly classified government facility in Nevada. It’s a perfect storm of memes that’s making Lil Nas X a musical rags-to-riches poster-boy for the new millennium.

There was a time when “Old Town Road” was only Number 1 for a single week thus far — when the naive world didn’t even realize the song had breathed banjo life into a Nine Inch Nails sample, and when months on end atop the charts — and special appearances at music festivals like Boston Calling — were just a glimmer the fledgling rapper’s eyes.

That first week in April seems so quaint now, here in mid-July, when the song has officially retained its Number 1 spot for more than three months, unbothered by the likes of new music from Taylor Swift, Khalid, and Ed Sheeran — all daunting giants in the streaming era. As of this week, it’s officially surpassed Bruno Mars’ time at Number 1 on the charts for “Uptown Funk” … as well as the Black Eyed Peas’ “I Gotta Feeling,” Mariah Carey’s “We Belong Together,” and Whitney Houston’s “I Will Always Love You,” all of which kept the Number 1 spot for 14 weeks.

With his debut single, Lil Nas X has already secured it for 15.

If his song reaches 17 weeks at the top of the charts, he’ll break the all-time record, which is currently tied by Mariah Carey & Boyz II Men (“One Sweet Day”) and Luis Fonsi & Daddy Yankee featuring Justin Bieber (“Despacito”).

“I’m goofy not dumb remember that,” he shared on twitter in April, roughly a week after “Old Town Road” first ascended to its chart throne. Close to four months later, the power behind that statement — and attitude — is finally hitting home, as his remix-retweet-repeat cycle spins on like a weary wagon wheel. And it just. Keeps. Going. The song is a joke that everyone’s in on, that somehow, no one is sick of pointing and laughing at yet. It’s also a chide at the expense of no one but perhaps Lil Nas X himself, who for better or worse will never be able to put this moment in music history behind him.

We’ve entered a whole new era of dissecting the mystique of “Old Town Road,” so far beyond the initial days of explaining its exclusion from the Billboard country charts, success on TikTok, and initial involvement with Billy Ray Cyrus. We’re farther down the rabbit hole now than ever before, spiraling into a meme cross-pollination that’s debatably unprecedented.

The latest edition of the remix with Ramsey and Young Thug combines one tale of unexpected country superstardom with another; both Ramsey and Lil Nas X rose to fame somewhat accidentally through a maelstrom of LOL-fueled viral media that transcends any one social media site. Ramsey adds to the cheeky farce of it all with an age-appropriate verse in the new remix that bears not one, but two catchphrases just begging to become ironic Instagram captions: “Hop up on my Razor [scooter]” and “if you ain’t got no giddy up, then giddy out my way.”

Just when the still-fresh remix couldn’t descend further into absurdity, the video slaps the track over an animation of the four fellow cowboys breaking into Area 51, following the popularity of a sarcastic but public Facebook event page that proposes Americans should band together to “see them aliens.”

Not unlike the initial success of “Old Town Road,” the event “Storm Area 51, They Can’t Stop All of Us” has caught the attention of over a million folks who sporadically claim to be “going” to the September 20 development, creating a tsunami of public confusion, online wisecracks, and subsequent media attention. Thematically (meme-atically?), the new Area 51 video is a match made in heaven.

In the video, Young Thug rides not a stallion, but a slime green cobra, into the raid during the vid. Lil Nas X reaches for his holster and retrieves a gooey panini, a reference to one of the tracks from his new EP. Keanu Reeves is there, supporting the cause and “Naruto-running” into the facility.

It’s the silliest amalgamation of current internet trends and one-off fascinations, likely destined to give the song the boost it needs on its way to the record-breaking 17-week mark as a Billboard Number 1 song. Beyond that, Lil Nas X already snared the interest of Mariah Carey for another edition and set a staggering example for boosting streams, as we’ve already seen mimicked by Billie Eilish and her new version of “bad guy” with Justin Bieber.

All this born from a 20-year-old who is internet savvy, has a talent for displaying giddy charm, and effectively tore apart the underpinnings of the music industry’s expectations for both country music and hip-hop with a debut single about Wrangler pants and Fendi sports bras.

Lil Nas X is goofy, but’s he’s sure as hell not dumb. Remember that.