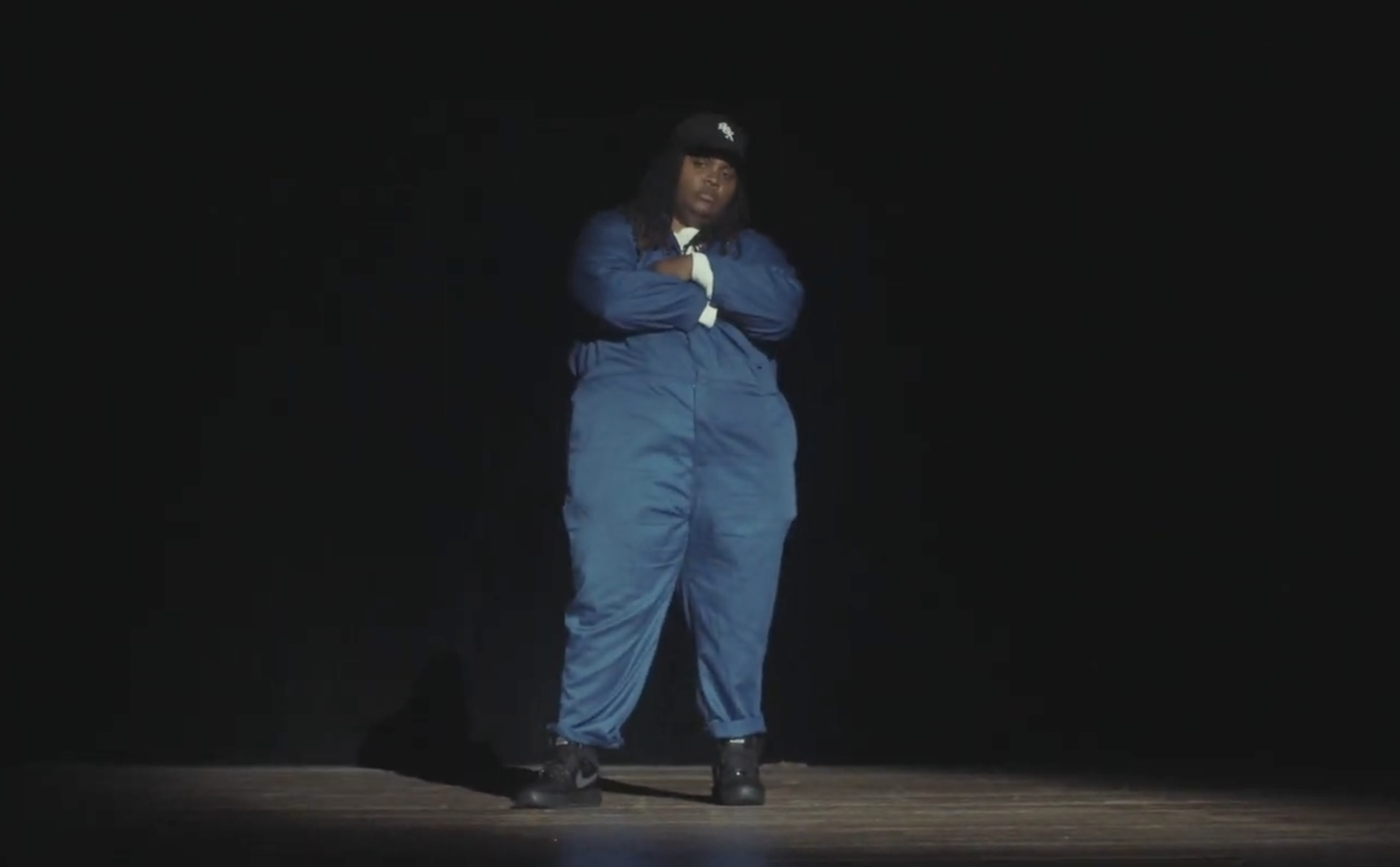 There’s a moment in Oompa’s new music video “Feel Like Cole” when she’s in a familiar, private position: Bent over a bathroom sink, sighing, exhaling a self-pep talk before taking the spotlight. It’s a glimpse at the uber-personal, before-the-bravado point most entertainers confront on a regular basis.

And it’s how Oompa chose to start her new era for her forthcoming record Cleo, putting her doubts at the forefront of the new video, out today (July 16).

“I think between the director, Daymian [Mejia] and I, it was important to show the very human moment before you go and do the thing you love, where you are battling negative self-talk and trying to encourage yourself to walk into the discomfort,” Oompa tells Vanyaland. “Some of that negative self-talk comes from you and your own fears, other times it is the internalization of other peoples’ projections onto you about what they think you do or don’t deserve. But that moment is also about the nervousness of doing the thing you love. How each time you fall in love with it, and how each time you consequently get butterflies. And you have to remember that you are indeed 100 percent that bitch.”

That’s exactly what “Feel Like Cole” does, cementing her status as standout of Boston music — in hip-hop, slam poetry, and the entire arts scene at large — with a crossroads of her artistic timelines, putting faith in both her here and now, and the hereafter. “Last year, they wouldn’t give me 30 seconds / Now they book me for these shows, they know I wreck it,” she raps, breaking down her progress for everyone who hasn’t been keeping score.

“‘Feel like Cole’ is a middle point in the narrative of the upcoming album, Cleo, and is located at the intersection of my past and future,” she adds. “It is about claiming my space and narrative, about cutting out my own lane, about naming my worth. It is about reflecting on my past and everything that made me who I am. Everything preceding that leads us to that point. Everything that follows is about my current psyche and the future I imagine for myself.”

Lyrically, the message of the tune boils down to a musical motif that’s as old as fame itself: Is it possible to fall into the limelight and keep your soul while you’re at it? Is falling into the limelight actually what anyone wants, in the end, anyways? Oompa’s still mulling it over — as is much of the modern music industry — but she’s firm in her full-time place in the musical world: “I swear, I was born to do this shit / And God knew it, man, that’s why she put me through that shit.” As she glances over the mythic Christian symbolism in an unknown church in the music video, Oompa puts her artistic affirmation into a visual that’s surprisingly devoid of any one specific religion. She gratefully credits Mejia and his crew, who helped to conceptualize her vision.

“This particular church has zero significance. In fact, church as a building has no significance in my life,” Oompa explains. “However, using some spiritual symbolism was important to me because the decision to make the journey into being a full-time artist was a deeply personal and spiritual experience for me. I had to really get past the fear that being an artist wasn’t feasible, that my truth wasn’t important, and that it was impossible for someone that looked like me to do this.”