Jakals air their existentialism with help from ‘Irregular Noises’ 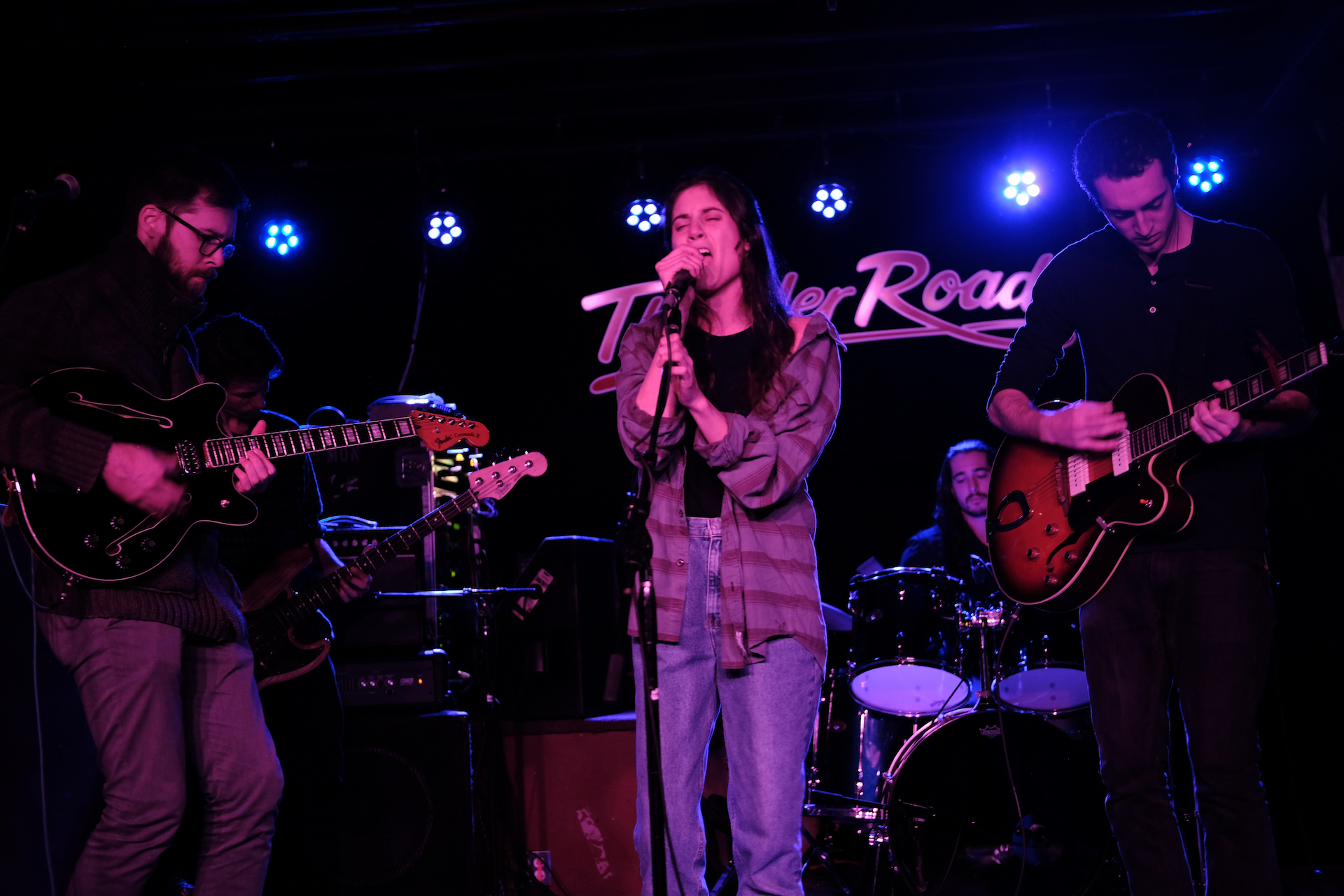 First, we found Jakals mopping up the mess of their grisly Bat Brains. Now with competing in the 2019 Rock and Roll Rumble under their belts, the Boston group is solidified in a similar position this year: Airing their existentialism via public forums and a new single.

Titled “Irregular Noises,” Jakals’ newest track (out today, July 12) conveys utter isolation packaged as a biting dirge, and that’s exactly how lead singer Katie Solomon intended it to unfold. Steeped in a slow burn of a confessional, “Irregular Noises” still sweetens the deal with a searing guitar solo as the tune begins to wrap up.

“‘Irregular Noises’ is about feeling existentially alone,” Solomon shares. “When I wrote the lyrics, I was experiencing a lot of self-hate and I felt like I deserved to feel that way because I wasn’t doing the things I thought I should be doing in life. I realized as I was writing that I was asking for forgiveness for all that I’m not doing instead of doing the things that would make me the type of person I respect. I think an especially difficult realization I had was that there is no one there to forgive me or tell me it’s okay. I felt deeply disappointed in myself and also deeply alone. The song sort of traces me coming to that realization.”

Hole up with “Irregular Noises,” and catch Jakals live next Wednesday (July 17) at Great Scott in Allston with As The Sparrow and Troll 2.