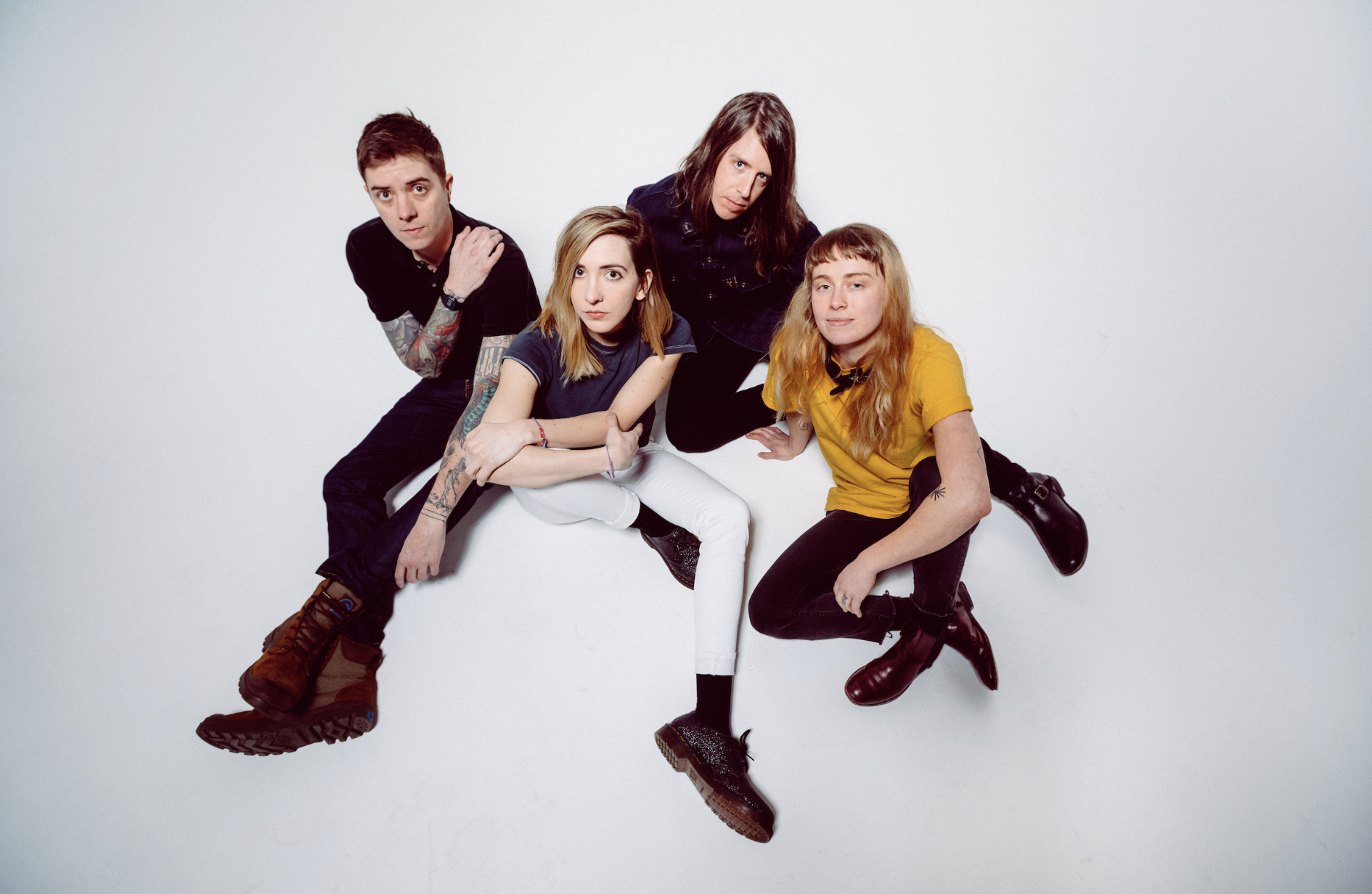 After seven years together as a group, Portland’s Summer Cannibals finally had to embrace their name and eat one of their own: Specifically, the entirety of one of their albums.

The part indie, part punk group had their fourth record in the can, ready to go for over a year, when guitarist/vocalist and bandleader Jessica Boudreaux chose to start over completely, effectively putting the original record in the discard pile, never to see the light of Spotify.

By the next morning, Summer Cannibals had started stitching together Can’t Tell Me No, their actual fourth record, out today (June 28) via Tiny Engines. Albeit the right decision according to Boudreaux, it was borne from unfortunate circumstances: The choice followed Boudreaux’s “escaping a manipulative personal and creative relationship,” she says. The group brings the uphill battle of their newest record to ONCE Ballroom on August 16.

“Scrapping the album was something I had considered months prior to the final decision to [scrap it] and when I was mulling it over for that entire time it felt like an impossible decision,” Boudreaux tells Vanyaland. “I had spent so much time and money and care on that album, and it felt like taking a lot of steps backwards to just throw it in the trash. But ultimately, the final decision came about because we just had no other choice. Our hands were forced by the actions of someone else and the only choices were to 1) throw it away and take a break for a bit, or 2) throw it away and get to work on a new one that we could keep the schedule we had planned for the previous record… it turned out to be something we love a lot more.”

When the band leaned towards option two, they completely committed, putting in 14-hour days as they wrote, recorded, and mixed Can’t Tell Me No on their own. That very independence edges out of the record’s cool but quick-witted and mutinous demeanor, wielding a sense of confidence that can only come from engineering and producing your own album.

“Writing this record and making it ourselves was about liberation from the parts of an industry that have protected abusers for way too long, and about saying ‘fuck you’ to the people who have invalidated my and so many others’ experiences of abuse,” says Boudreaux. “It’s really easy for people to condemn the government and figures we see on the news, but those same people often fail when it comes to standing up to and calling out the people in their lives who are just as evil.”

Consider Can’t Tell Me No Summer Cannibals’ own personal middle finger to that very system.