For John Hodgman, a single tweet led to a truly ‘Solid’ gig 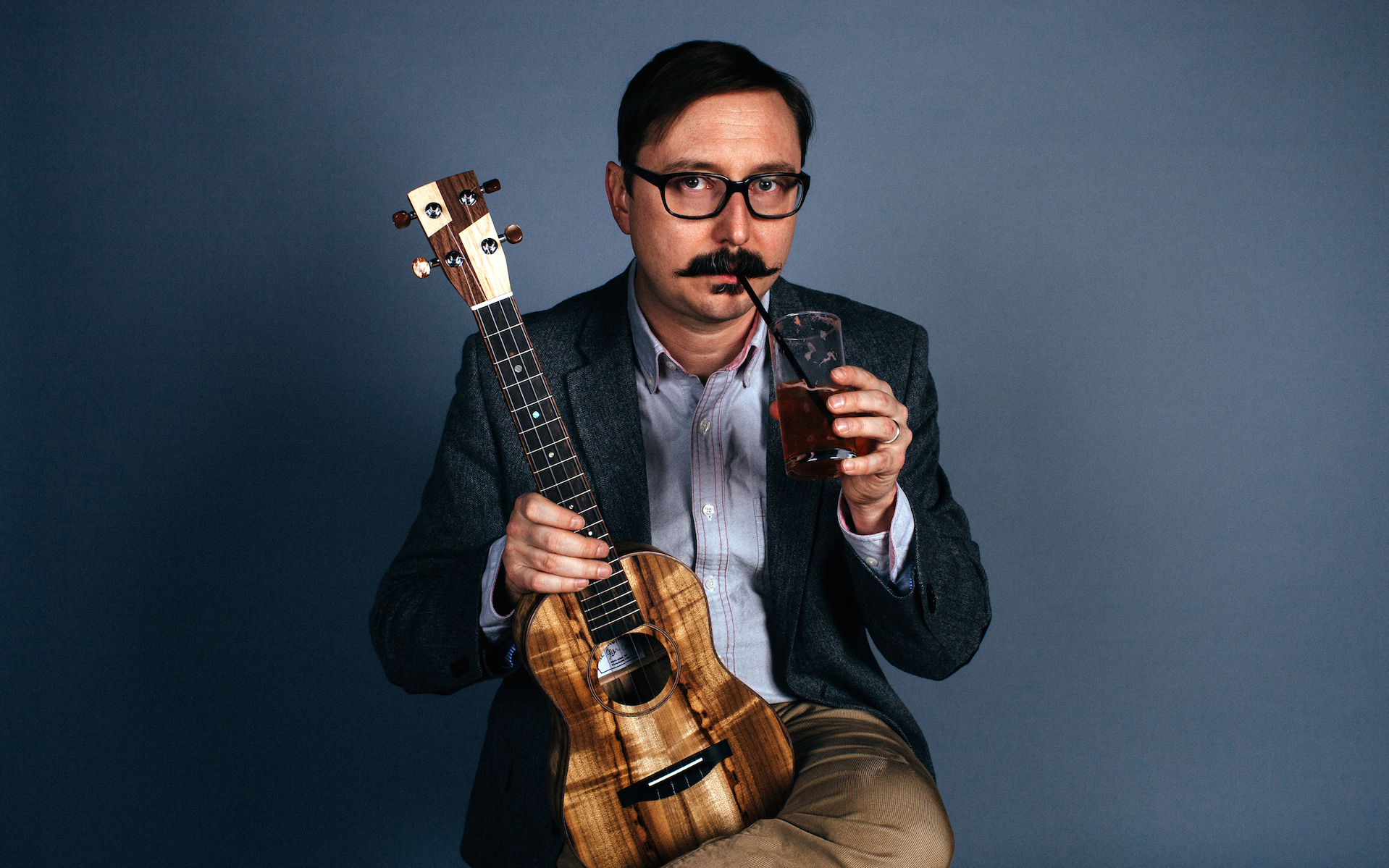 Sometimes, things just fall into place at the right time and lead to something great. John Hodgman is no exception to this good ol’ case of pure serendipity, and he has a freight train — and Jeff Tweedy — to thank.

Hodgman, who is returning to his post for the fifth year in a row as the curator of the John Hodgman Comedy Stage at Wilco’s Solid Sound Festival in North Adams this weekend (June 28 to 30), just so happened to be in the crowd at the inaugural festival in 2010 when a CSX cargo train roared and screeched its way through the end of one of Wilco’s songs.

Hodgman quickly tweeted from the crowd that day that the mix of metallic grinding and “apocalyptic screeching” as the train chugged its way over a track that curved behind the stage sounded similar to the end of a Wilco song, and months later while attending an event for The Daily Show, the Brookline native bumped into the band’s frontman Jeff Tweedy, who mentioned he had seen the tweet, and invited Hodgman to come and perform at the next festival.

Since first manning his own stage in 2011, Hodgman has welcomed a myriad of his favorite comedians to perform alongside him, including Nick Offerman, Eugene Mirman, Jen Kirkman, Wyatt Cenac and Tig Notaro. With a different lineup every year, Hodgman has kept the crowd intrigued with his selections, and in the process has kept himself excited for what he has in store for the weekend. But he’s quick to admit that while it’s been easy choosing who he invites to come and perform, it’s also been a bit tricky to entice them to make the trip.

“I have the luck of knowing my favorite comedians, because I’ve had the accidental pleasure of working with a lot of them,” Hodgman tells Vanyaland. “Although, it has been a little tricky over the years to invite people from places like New York, Los Angeles and Boston to a very small town in Western Massachusetts, where there’s a festival in the backyard of an old electrical parts factory, and not have them think that I’m planning to murder them.”

Hodgman has found immense pleasure in bringing his favorite comedians to Mass MoCA over the years, and introducing them to the creative utopia that Wilco puts together for their biennial marts festival, but it doesn’t just stop at the comedy for him.

“The pleasure every year, of course, is bringing new people in, and showing them not only the wonderful world of Mass MoCA, but also showing them the very eclectic and inspiring second world that Wilco curates every other year in that space,” says Hodgman. “Everyone is surprised, audiences are amazing, no one gets murdered, and often they ask if they can come back the next year.”

Although the weekend’s comedy comedy setup is billed as John Hodgman’s Comedy Cabaret on the poster, even after repeated attempts to have it changed to something weirder — like “John Hodgman’s large-scale comedy installation” — the former Daily Show correspondent feels that while he invites the comics to the festival, his friends are the ones that make the weekend a great experience.

“This year, we have two really tremendous stand-up comedians with Aparna Nancherla and Rhea Butcher, and we’re branching out and doing two recordings of a really cool comedy podcast called The Doughboys,” says Hodgman. “When people show up, they should know that when they come, even if they haven’t heard of the comedians, that they are going to see real stand-up comedy, and in the case of Aprna and Rhea, two of the greatest stand-ups working in the business today.”

Hodgman is no stranger to any sized stage, having occupied various spaces over the course of his career, from clubs to full-blown festivals, but he feels Solid Sound has been able to effectively separate itself from other festivals, in terms of how it executes its comedy offerings. Instead of holding a comedy gathering on an outdoor stage, the festival has been able to keep a key component in any comedy setting — a dark room — at the forefront of its presentation, and Hodgman feels that level of attention to detail truly brings out the true power of the weekend’s comedy portion.

“There’s a real spirit of adventure and curiosity, and we’re-all-in-it-togetherness, and it manifests amazingly every year in that room,” says Hodgman, adding with a chuckle. “And we really are all in it together because we lock the doors and we don’t let anyone leave. A real Stockholm syndrome effect starts to take place, and it’s just a lot of fun.”