Live Review: The Lonely Island prove to be more than a ‘SNL’ highlight reel 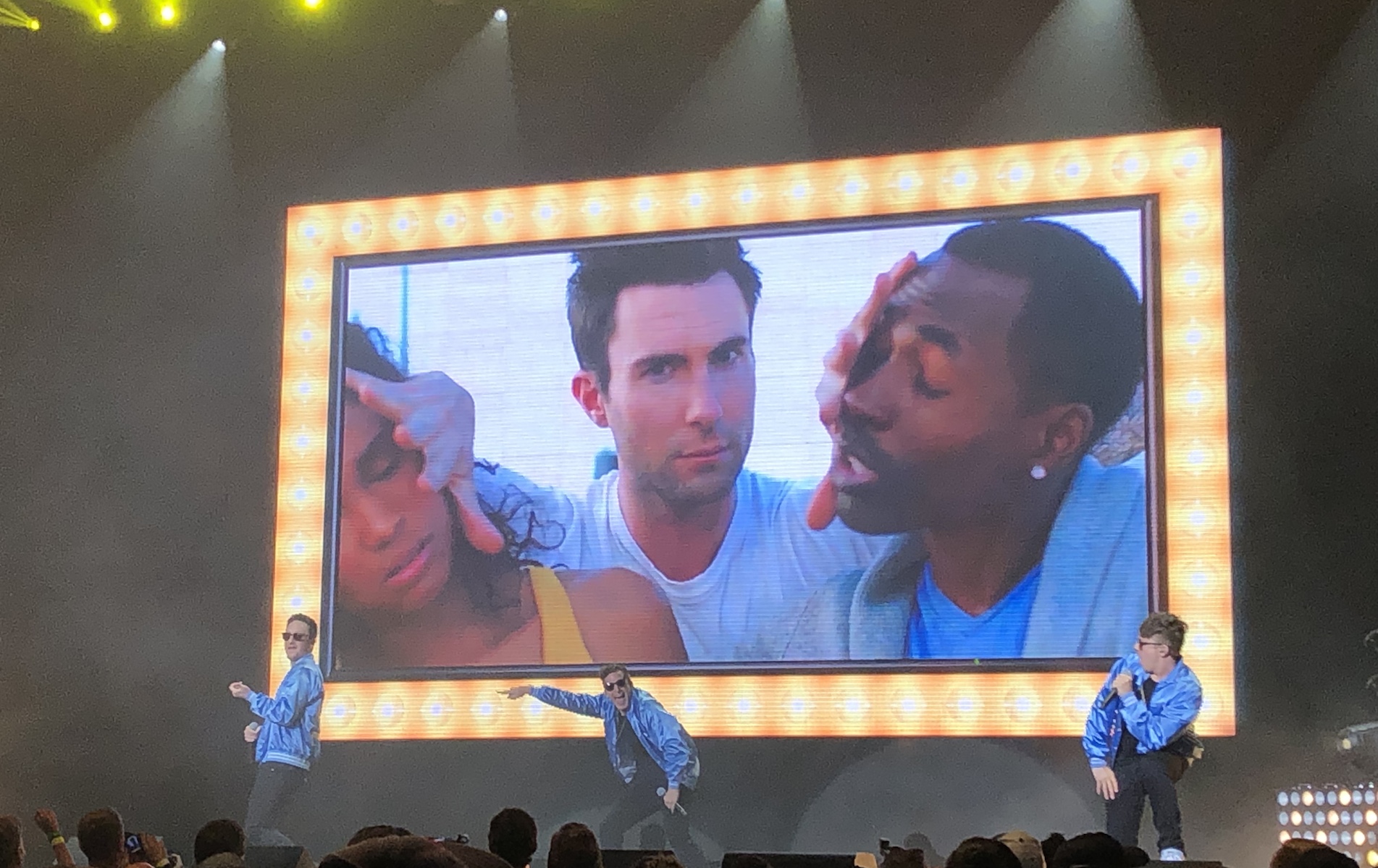 The truth is, I could post nothing more than the setlist from The Lonely Island’s show at Rockland Trust Bank Pavilion in Boston last night (June 24) and that could be the most satisfying show recap possible, because the fact that this tour came together at all is nothing short of miraculous.

After leaving Saturday Night Live, the group made their career moves abundantly clear with Popstar: Never Stop Never Stopping and various Netflix specials; the comedy trio was sticking to the multimedia realm of film and television soundtracks for the foreseeable future. Aside from last year’s set at Clusterfest and a standout shtick the Emmys in 2011, making The Lonely Island into an actual long-form concert experience just wasn’t going to happen.

Then their debut record Incredibad turned 10 years old, and for whatever reason, everything changed.

The announcement of The Lonely Island’s first ever mini-tour earlier this year was on par in comedy music history with Weird Al scoring his first number one record on Billboard — both were something that should have happened a while ago, but left folks awe-struck nonetheless. Fans were so appalled and that they… well, they did this.

In roughly the same time it takes to run through an episode of SNL, the group strung together an efficient best-of reel from their decade in the spotlight last night, touching on their unprecedentedly awkward and infamous material — often, with songs that fall into both of the aforementioned categories (ahem, “Dick In A Box”). As a whole, though, it’s with a straight face that I say (type?) in a Disney narrator voice The Lonely Island performing live represents much more than a “greatest hits” compilation.

Over those bawdy 75 minutes, fans chanted along not just because they were in on all the jokes, but because these songs are legitimately good. Beyond The Lonely Island’s most popular SNL skits is a good chunk of music, that, albeit not meant to be taken seriously, slaps. And any random trip down memory lane via their most watched videos on a YouTube playlist doesn’t adequately convey their weird and wonderful mastery of the earworm.

That’s where being bombarded with the aggressive faux-baller attitude of a live performance of “Diaper Money” or “Threw It On The Ground” comes into the equation. Akiva Schaffer, Andy Samberg, and Jorma Taccone didn’t create a million different personas for you to associate The Lonely Island with nothing more than just Samberg and Justin Timberlake singing “Motherlover” and perving on a pimped-out Lady Gaga in “3-Way” (although, to be fair, the facial hair in both of those music video is iconic).

When it comes to representing the breadth of their gags, it’s everything in between those “big ones” that explains why The Lonely Island are actually a) absurdly talented, and b) a bona fide musical act, even with their endless roster of characters.

The Bash Brothers toting their yet-to-be-discovered rap album about ‘roids and championships rings; John-Waters-sanctioned weirdos tweaking out their pencil mustaches and heavily mouth-breathing to “The Creep;” boy band sensation The Style Boyz teaching their nonsensical dance craze “The Donkey Roll.” It’s in all these wonky reincarnations of sorts that we see what an entire decade of putting your foot in your mouth — and loving it — looks like.

But their comedy doesn’t discriminate, and when it’s thoughtful (like the biting commentary of “Ras Trent”), it circles back to vulgarity in no time, returning matters to equilibrium with a song like Popstar’s “Finest Girl (Bin Laden Song),” a politically incorrect serenade that crafted the previously unsaid sentence of “She wanted to fuck me harder then the U.S. government fucked Bin Laden.”

Of the 20-plus songs that the trio performed last night, many were shortened and tumbled into each other, club DJ-style, in a manner that was so natural and seamless it somehow wasn’t even irritating. None of the tunes featured live guest performances from any of the TLI’s famed collaborators, although revisiting some of the classics really makes you wonder how the hell these guys convinced influential musicians like Akon and T. Pain to contribute otherwise childish refrains and verses to their cause (they got Michael Bolton to enthusiastically belt “This whole town’s a pussy / Just waiting to get fucked” — they really did that).

Maybe it’s the nuance of the humor, maybe it’s the way that our favorite records never seem to lose their charm, but The Lonely Island dish out jokes that just don’t age. “Jack Sparrow” has officially outlived the relevancy of the Pirates of the Caribbean series it was named after. “I Just Had Sex” remains a party playlist favorite. “I’m On A Boat” still affords people on yachts the opportunity to disguise their douche-y wealth as a cheeky pop culture reference.

In an age where the meme turnover is head-spinning, The Lonely Island are a group spouting everlasting millennial humor. The sooner everyone acknowledges that, the sooner we can boost these bros to TD Garden and never have to look another TikTok compilation ever again.